Trending
You are at:Home»Entertainment»Movies»Movie Review: “The Whale” 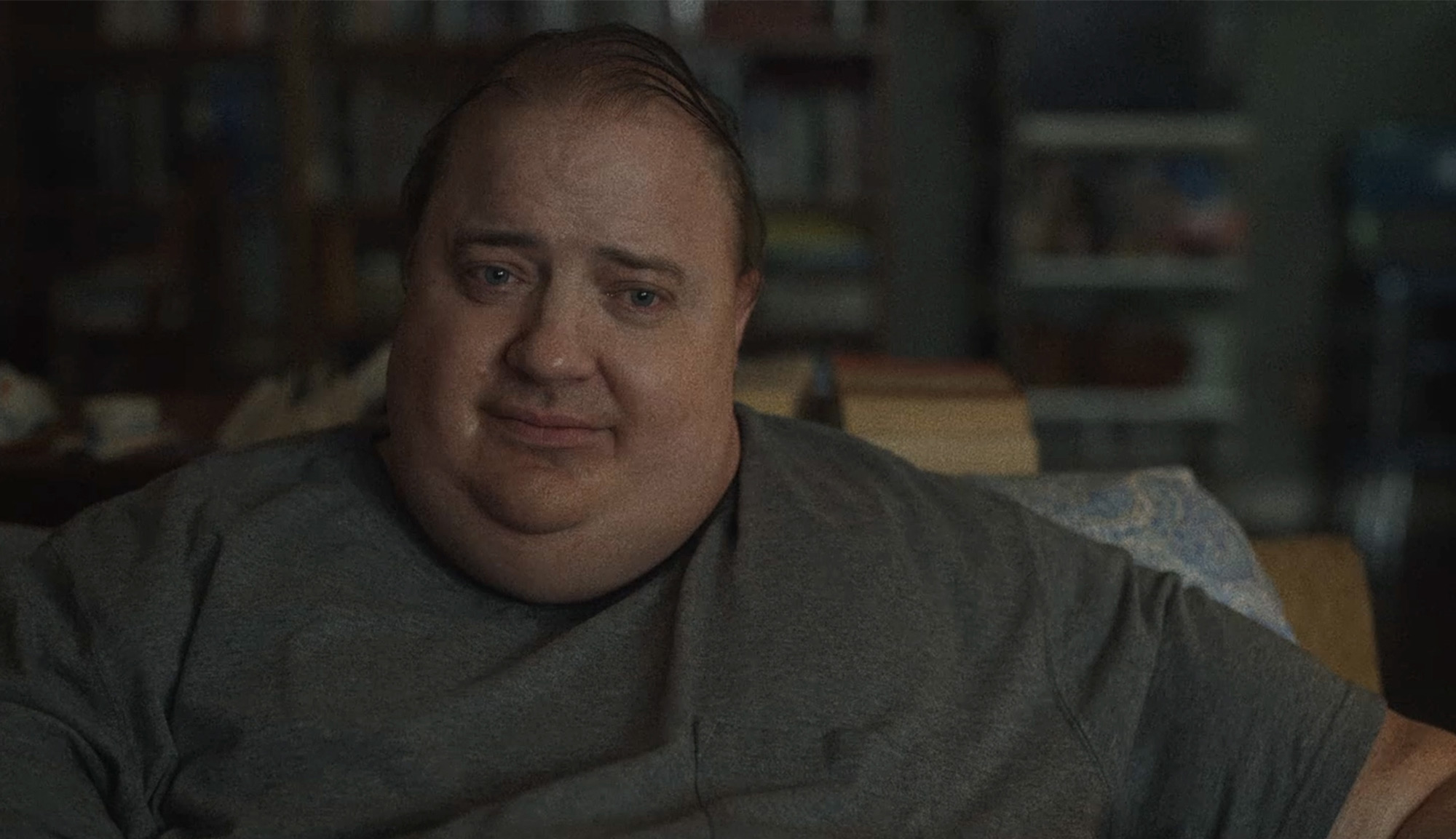 “The Whale” isn’t really about obesity — or, at least, it’s interested in much more than those matters. Still, it’s important to address the elephant in the room (pun mildly intended) when it comes to discussing my reaction to the film. To the surprise of no one, this film-obsessed kid whose review you are currently reading is fat. In my defense (and shame), I wasn’t always this way. The “how” isn’t really a question — too much bad food, not enough exercise — but the “why” is where things get complicated.

It’s also the beginning of a link that I had with the engorged protagonist of director Darren Aronofsky’s latest film. An element of depression that isn’t really discussed much is that many people who suffer from it want their outside appearance to resemble the gross monster that they feel they are inside. This sometimes emerges in self-mutilation, starving oneself or gaining vast amounts of weight that most find disgusting. That horror is predicated on cultural mores, objectification standards and much more, but it is palpable and does feel earned in only the way a self-loathing person can appreciate. This complex mentality is but one of the many things that Brendan Fraser perfectly encapsulates in his incredible performance. While “The Whale” is a flawed film, it coasts on the back of some amazing acting, led by an all-time turn by Fraser that cuts deep into the hearts of viewers.

Charlie (Fraser) is a morbidly obese shut-in who never leaves the house. Weighing many hundreds of pounds, he works from home as a professor for online classes, teaching essay courses with his camera turned off to a virtual classroom of bored students. Liz (Hong Chau), his home nurse and best friend, warns him that his health is catastrophically failing, to the point where death is imminent unless something drastic happens. Charlie takes this occasion to reconnect with the daughter that he abandoned years ago when he left her mother for another man. Ellie (Sadie Sink) is full of anger at the world, including her father, and can only be made to suffer these encounters through bribery. Mixed up in all of this is a rogue missionary (Ty Simpkins) who happens to knock on Charlie’s door and find this confusing world of pain and lost love unfolding around this large man doomed for an early grave.

“The Whale” was written by Samuel D. Hunter, adapting his play of the same name for the screen, and man do you feel those theatrical origins. Shot beautifully by Matthew Libatique in a 4:3 aspect ratio, the screen is confined like the world of Charlie’s apartment, forcing the bulky protagonist to take up even more of the visual real estate than he normally would. The blocking, with people walking between specific spots in this one location, feels taken directly from a stage production. The verbal tics of many monologues, usually told while a character looks aloft, further give away the origins of “The Whale.” This doesn’t necessarily make for a bad film, but it hampers Aronofsky’s movie by making audiences wonder why it had to be adapted into a cinematic experience. If so much is cribbed from its theater roots, what is inherently filmic about this venture?

Arguably, that comes down to the use of close-ups and the director’s vice-like grip on where to let audiences focus their attention. By zeroing in on the face of Charlie, viewers are able to see the subtle touches that Fraser brings to an astounding performance. Not enough can be said about this; Brendan Fraser delivers a heartbreaking, joyful, depressing and life-affirming performance mostly through the modulation of his voice and the world that exists behind his eyes. Maybe others buried in prosthetics could also conjure up such a moving act, but it’s truly hard to imagine anyone else being able to manifest the inner demons and bold virtues of Charlie as well as Fraser.

Charlie is very obviously a Christ figure; here lies a man who seemingly absorbs the hate of others while still believing in the inherent decency of people as he teeters closer and closer to death’s door in a manner of days. But rather than getting swept away in the metaphor, like some parts of the rest of “The Whale,” Fraser remains human and real throughout. Even when he’s in the throes of his food addiction and going through annoying fat guy film tropes of chugging ranch dressing as he slathers cold cuts on top of his slices of pizza, it’s still tied to a brilliant performance of a real person that shines through the ham-fisted façade.

It’s hard to compete with such compelling work, especially when undercut by some really forced dialogue and monologues, but Sink meets that challenge. Ellie is not a likable character. She’s sympathetic in so much that people understand why she was hurt and how that pain has hardened her heart so much, but she still spews venomous abuse at everyone around her. There are cracks in that spiteful veneer, but it’s not like these moments truly redeem her hateful ways. Still, Sink plays it exquisitely well; those slivers authentically feel like an occasional lapse that lets a mask slip without being too showy or heavy-handed. Her misanthropic energy combats perfectly with Charlie’s unyielding humanism.

But they aren’t foils. That’s something that Aronofsky understands well. He’s working in biblical allegory again (though this time in Christianity more than Old Testament imagery and storytelling) and once more awash in a tale of ravaging addiction, both of which can grate on some viewers. But to me, it was a finely threaded needle that only sometimes slips up into explicit overtures of an otherwise implicit story. Part of that is that the film isn’t a meditation on obesity, addiction, parents or even the Christ-like figure of Charlie. “The Whale” is about pain. It’s about the hurt we feel because of our actions and the actions of others; the ripples that torment creates, and the cycles that they perpetuate; and how, amid that agony, there has to be a way to claim some good out of all the dark bullshit. Maybe there isn’t a way, but people must strive for that still. Somehow.

Like most of Aronofsky’s work, “The Whale” is not a light movie (though there are occasions for laughs) and people probably won’t revisit it countless times. It’s a masterclass in acting headlined by Fraser’s transformative performance, but it’s still a hard watch because of that palpable sense of pain that radiates throughout the confines of the apartment. Charlie is mocked for his queerness and obesity, and he has no illusions about how others see him, but he retreats from a world he seems to love not because of what others will think of him but because of what he thinks of himself. All he feels are his failures weighing down on him, and that’s the reality he wishes to conjure into the world. Maybe this won’t land as well with others who don’t share that particular breed of self-loathing, but it utterly obliterated me as I watched “The Whale.”