Trending
You are at:Home»Vices»Drink of the Week: The Lucien Gaudin Cocktail (Revisited) 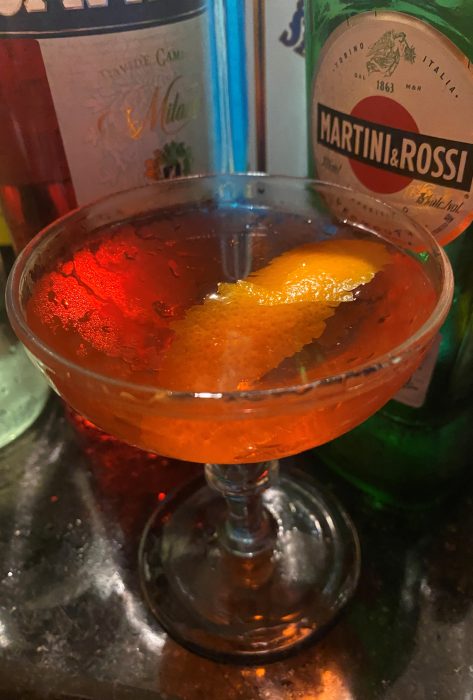 I first wrote about today’s drink back in 2012 but I was reminded of it recently by a good friend of very long standing. I’ve enjoyed making the drink several times over the last week as if reacquainting myself with an old pal…but that’s another drink I may revisit shortly.

The Lucien Gaudin Cocktail is one of the many cocktails first revived for the 20th century by Ted Haigh in his epochal Vintage Spirits and Forgotten Cocktails. It was named for an Olympic fencer, a two-time gold medalist. In 1934 he committed suicide; after a company he formed making some of the first sports films apparently succumbed to the Great Depression.

As per Difford’s Guide, the award-winning drink was created in happier times, circa 1929 at a Parisian restaurant Lucien Gaudin may have frequented called The Horse Pie. Yes, that’s what they say it was called.

Never mind, it’s a very nice variation on the Negroni. No horse pucky.

Combine all of the liquid ingredients in a cocktail shaker or mixing glass with plentiful ice and stir vigorously. Strain into a chilled, relatively small cocktail glass (unless you feel like making a double) or an ice-filled rocks glass, add the citrus twist. Sip and contemplate how a nicely made small drink can help you parry the thrusts of both stress and excess boozing.

This is a drink that, despite the bitterness of the Campari, is definitely on the sweet side. A lot of that sweetness is due to Cointreau. The famed liqueur is a kind of triple sec, but filet mignon is also a kind of steak. I don’t know what was wrong with me in 2012 when I implied that Bols worked almost as well as Cointreau. Today, making the drink with the inexpensive triple sec tastes awful to me. Medicinal; saccharin; icky! Feel free to experiment, of course, but I can only endorse the use of Cointreau at this point.

Messing around with gins was much less problematic. All of the variations were good and the house guinea pig expressed approval of all iterations. On balance, though, I thought that Bombay Sapphire was generally excellent but possibly a little busy with the florals for my taste. Gordon’s is fine but maybe not busy enough. That leaves Bombay Dry and Aviation as my Goldilocks picks.

I can’t remember which post note now but someone out there wrote that they preferred Cinzano dry vermouth to Martini in a Lucien Gaudin. Since I saw it for a good price, I gave it a try. It’s a tad sweeter than Martini and this drink is already sweet, so I give a teeny-tiny edge to Martini. Most of the dry vermouth brands on the US market advertise themselves as “extra dry.” But I think Noilly Prat Extra Dry might be even the extra-driest of all. It’s wroth trying here. 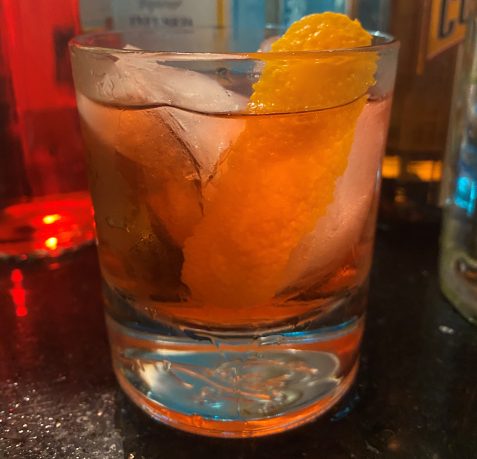 One last point. Difford’s Guide notes that they preferred the Lucien Gaudin on the rocks. I tried it that way and it does cut into some of the sweetness in a way I liked. It also makes a pretty picture!