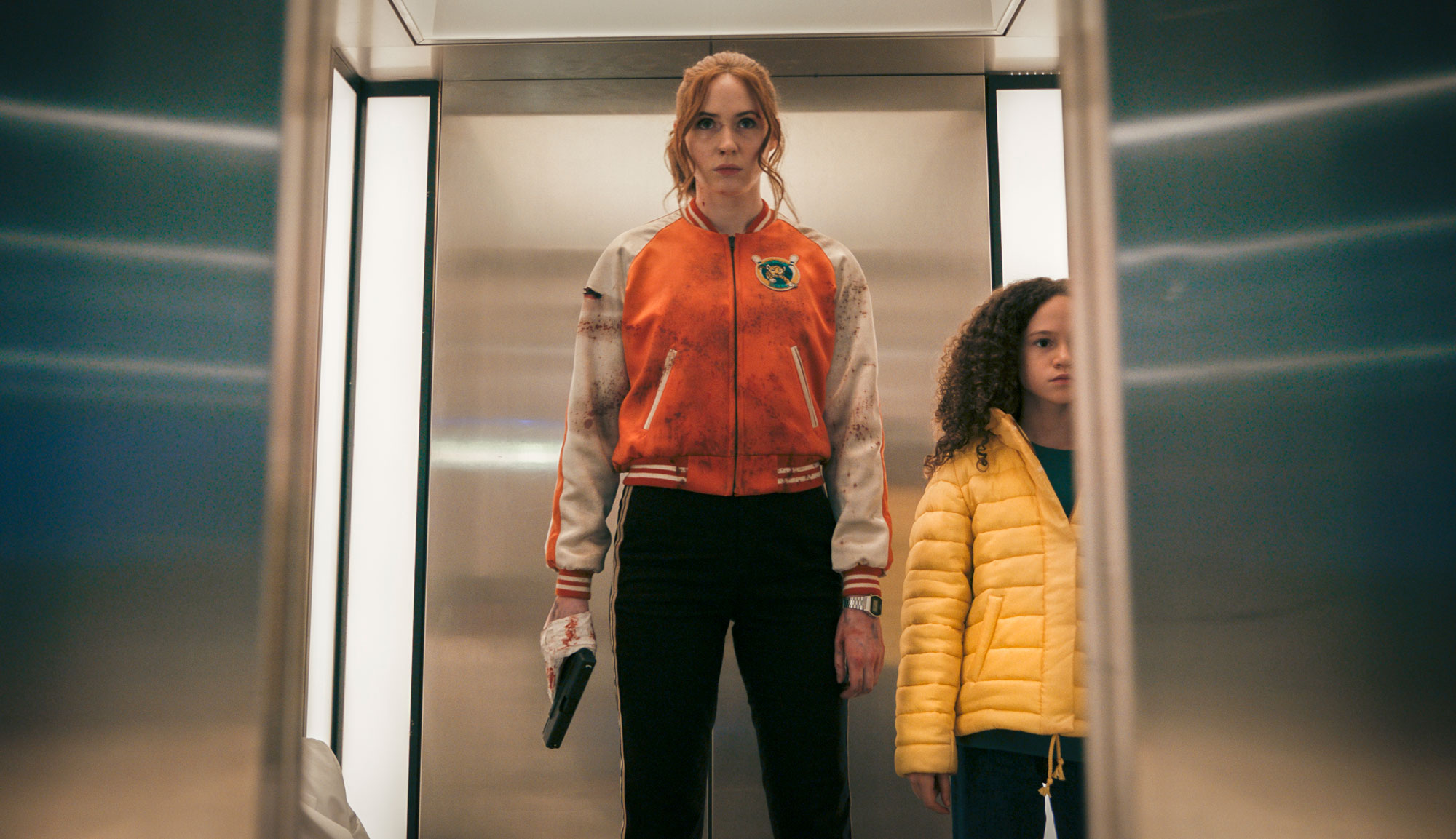 While many cinephiles decry the increasing homogeny of blockbuster aesthetics, there has been a rise in visually stylistic movies in other corners of the film world. An assortment of titles from the independent, foreign and mid-tier budget scenes have come along in the past two decades with a strong eye for dynamic imagery that is a major differentiator from box office juggernauts that tend to use grays, browns and color grading to make their pictures seem realistic (but also uninspired). Based on previous works found in ‘50s French New Wave, ‘70s Giallo and ‘80s neon arthouse movies, this new crop bolsters bold lighting, striking camera angles and ornate settings to fully engage the viewer in a realm of the senses. Director Navot Papushado seeks to infuse his action dramedy “Gunpowder Milkshake” with that same sensibility — one merged with an intricate bit of worldbuilding and balanced on the backs of intriguing characters. Unfortunately, the results are sloppy at best, as the impressive scenes and inspired ideas are both underwhelming and underdeveloped.

Sam (Karen Gillan) works as an assassin for The Firm, a ruthless crime syndicate that seemingly runs the whole city. She’s been in their employ since her mother, Scarlet (Lena Headey), abandoned her and left her to be raised by The Firm’s “head of HR,” Nathan (Paul Giamatti). Her recent assignment resulted in the death of a gangster, which necessitates a new target to make up for that error. But that new hit brings a young girl named Emily (Chloe Coleman) into Sam’s orbit, and they become caught up in schemes of extortion and kidnapping. As they navigate a world full of danger with killers hunting them down, Sam seeks assistance from three women (Angela Bassett, Carla Gugino and Michelle Yeoh) who helped raise her many years ago.

For most viewers, the biggest touchstone for “Gunpowder Milkshake” is the “John Wick” series. Numerous action scenes use neon lighting, monochromatic color schemes and baroque production design in tandem with the shooting and fighting. Meanwhile, there is a complicated bureaucracy to the criminal underworld, complete with commonplace terms appropriated for some of its more sinister aspects. None of these elements are solely found in the “John Wick” series, of course. Movies like “Le Samourai,” “Tokyo Drifter,” “Point Blank” and “Amateur” (among others) utilized at least some of these narrative and visual aspects long before the Keanu Reeves-led franchise began. However, the “John Wick” movies are the most recent and well known, and will act as a benchmark for most audiences. This isn’t helped by the fact that there are so many areas where “Gunpowder Milkshake” mirrors (or overlaps with) the John Wick saga, including storytelling, characters, relationships and imagery. Papushado clearly invites the comparison, but unfortunately, his film exists solely in the shadows of those stylish actioners.

“Gunpowder Milkshake” contains a lot of great ideas, clever approaches and fun scenes. The soundtrack (including the score by Haim Frank Ilfman) is a bit overbearing at times but is full of unexpected musical cues and establishes a lively tone. There are also some beautifully composed shots and truly cool sets, including the dentist’s office, which is particularly neat in its use of whites and pastels. Additionally, Universal Monsters-inspired masks worn by a quartet of kidnappers are genuinely striking and help add to the film’s sense of elevated reality.

However, the visuals are greatly hampered by some half-hearted cinematography, with DP Michael Seresin seemingly giving up halfway through each ornately designed sequence to shoot in standard static framing, draining the moment of any lasting imagery. There’s also an increase in slow motion as the movie goes along, which does create some fun looks but mostly feels too insistent on how cool it all is. These faults are exacerbated by poor fight scene direction. Whenever there are moments of fisticuffs, the choreography itself is fine, but it’s done so slowly and without much dynamic emphasis that it quickly becomes tedious. Some of the gunfighting is clever and exciting, and Papushado finds ways to add new elements and styles to invigorate it every so often, but even that is hampered by CGI blood and a general lack of impact.

Bassett, Gugino and Coleman stand out in their roles with performances that push past the limited range in the script to create memorable and exciting characters. Gillan’s physicality (used both for action and comedy) is impressive, and the actor does well in each scene, but the screenplay mostly fails her. Sometimes she’s meant to be stoic, with that rigidity leading to a moment of dry comedy, while other times, she’s incredibly emotional or engaging in regular funny dialogue without any hint of that reservedness from the previous scene. Her backstory is worn out, and her emotional dilemmas are poorly developed. Gillan does her best with each scene, but that inconsistency drags her down.

Conceptually, “Gunpowder Milkshake” is phenomenal. A family of women kicking the ass of sinister patriarchies is a great idea that will resonate with many. Multiple scenes are beautifully composed on-screen, while a unique soundtrack adds to the cinematic wonderment. But those all feel like pieces of a pitch — the logline to sell the movie as something more than an action film (while still being a good action film). In practice, these elements are half-baked and turn a potentially fun and distinctive movie into a weak echo of better works. “Gunpowder Milkshake” is sloppy and doesn’t have enough excitement to distract from its flaws; it only offers enough potential to further frustrate viewers.