Trending
You are at:Home»Entertainment»Movies»Movie Review: “Godzilla vs. Kong” 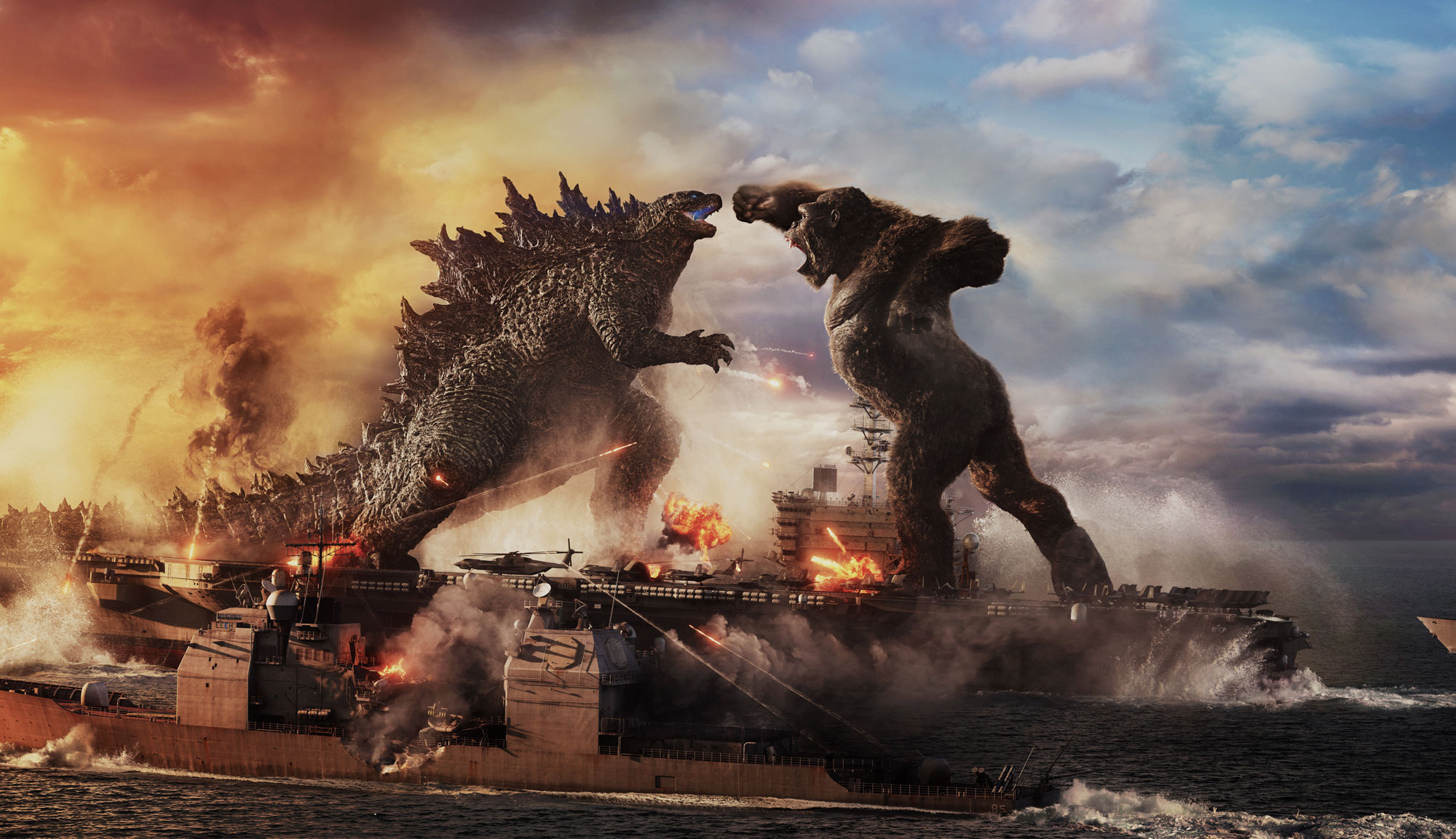 1963’s “King Kong vs. Godzilla” is an important film in the history of global cinema. Not only did it combine the sensibilities and productions of the United States and Japan, but it also gave credibility to the upstart lizard monster while establishing much of the mainstays that would be a part of his character for decades. Despite its cultural significance, the movie itself is incredibly lopsided, waiting until an hour into the film’s 90-minute runtime before the two giants meet, as well as featuring some awkwardly goofy human characters. It was unlikely that “Godzilla vs. Kong” would match that sort of historical cache, but it does exceed its predecessor in pacing, action and spectacle. Director Adam Wingard manages to condense a lot of story without feeling too rushed and delivers on the titan action that fans crave. Unfortunately, some dodgy visuals and weak characters undermine those accomplishments, rendering “Godzilla vs. Kong” into a very mixed bag.

Five years after the events of “Godzilla: King of the Monsters” (and 51 years after “Kong: Skull Island”), humanity has entered into an uneasy truce with the massive monsters that occupy the world. That peace ends when Godzilla attacks a robotics company in Florida and is deemed a threat to people once more. The company’s president (Demián Bichir) recruits geologist Nathan Lind (Alexander Skarsgård) to find a hidden energy source within the Hollow Earth to defeat the rampaging kaiju. Believing that Kong can lead them to this secret power, Lind conscripts Kong handler Ilene (Rebecca Hall) in order to save the world from more devastating assaults. But once Kong is off Skull Island, Godzilla senses the massive beast, and they battle for dominance.

Despite the fact that the above synopsis is already long and convoluted, it only represents maybe a third of the film’s plot. There’s also a secondary storyline involving a trio of Godzilla truthers (Millie Bobby Brown, Brian Tyree Henry and Julian Dennison) seeking to uncover the reason that Godzilla is lashing out, as well as various developments involving the Navy, the daughter of Bichir’s character (played by Eiza González) and a deaf native child from Skull Island named Jia (Kaylee Hottle) who has a unique bond with Kong. Like most Godzilla films, there’s far too much plot than is needed, likely because the filmmakers realized there’s only so much devastating combat between giant creatures that can sustain a whole movie. To the credit of Wingard (working from a script by Eric Pearson and Max Borenstein), most of these developments are briskly paced, with regularly intervening action sequences to avoid the usual melodramatic slog.

With the exception of the 1954 original, the human characters are always the weakest part of Godzilla movies. Since the titular monster is mute and presented either as a force of nature or the ultimate badass, there’s not a lot of emoting at his disposal, not to mention the limitations of the visual effects. Scenes with human characters are injected to deliver exposition, introduce new plot threads and, as noted above, tread water until the next battle. “Godzilla vs. Kong” recognizes this pattern and pares it down as much as possible while reducing the characters to broad types. This greatly accelerates the movie and puts the focus rightfully on the titans. Unfortunately, it still makes for stilted dialogue, failed jokes and unearned gravitas.

None of the human characters have arcs. Typically, in a movie, there is some goal attained or some truth realized by at least one person who has been directly altered by the events of the story, but in “Godzilla vs. Kong,” all of the human characters are the exact same at the end as they were at the beginning; nothing has changed except their geographical locations. It’s especially notable because even with the lack of development and good dialogue, all of the actors commit to their characters and try to make them fully realized people. Hottle and Hall, in particular, deliver excellent performances that rise above the subpar writing.

In contrast to the human characters, Godzilla and Kong do have arcs, surprisingly enough. Even though very little motion capture was used for the monsters (compared to recent outings), Wingard is able to make them both very emotive. Kong’s melancholy as a lonely creature out of time who is capable of wonder and anger shines through, while Godzilla’s fury is palpable, seeming at once an animalistic rage but also granting a cold calculation to his actions. The fighting between the two (which happens much sooner and more frequently than the 1963 film) isn’t just entertaining and innovative, but Wingard and company find clever ways to imbue the battles with actual emotions, stakes and motivations.

While most of the fisticuffs are exciting spectacles, they also belie the inconsistent visuals that plague “Godzilla vs. Kong.” The CGI goes from impressive and gorgeous to shoddy and unpolished, sometimes within the same sequence, while the scale of the monsters changes between scenes as well, with no consistency between their size relative to humans or fellow monsters. Sometimes, each punch thrown has a lot of weight behind it, and other times, it seems like the buildings being smashed are made of the same cardboard from the 1960s films.

Unlike “Kong: Skull Island,” which had visual nods to “Oldboy” and “Cannibal Holocaust,” “Godzilla vs. Kong” has a more typical blockbuster feel with familiar action beats to excite audiences. That doesn’t make it bad, but it lacks the more experimental elements that one would’ve expected from the director of “You’re Next” and “The Guest.” Its quick pacing and consistent action intervals create the needed momentum to keep viewers engaged, but the fact that entire plotlines and characters could be removed without any change in the story belies a shoddy script devoid of character development. “Godzilla vs. Kong” is meant as a joyous celebration of mega-monster melees, serving up massive amounts of kaiju kayfabe that is usually lacking. It won’t be a watershed film like 1963’s “King Kong vs. Godzilla,” but it will be embraced and celebrated as the type of brainless popcorn movie that audiences want from a battle of the behemoths.