Trending
You are at:Home»Entertainment»Movies»Movie Review: “Godzilla: King of the Monsters” 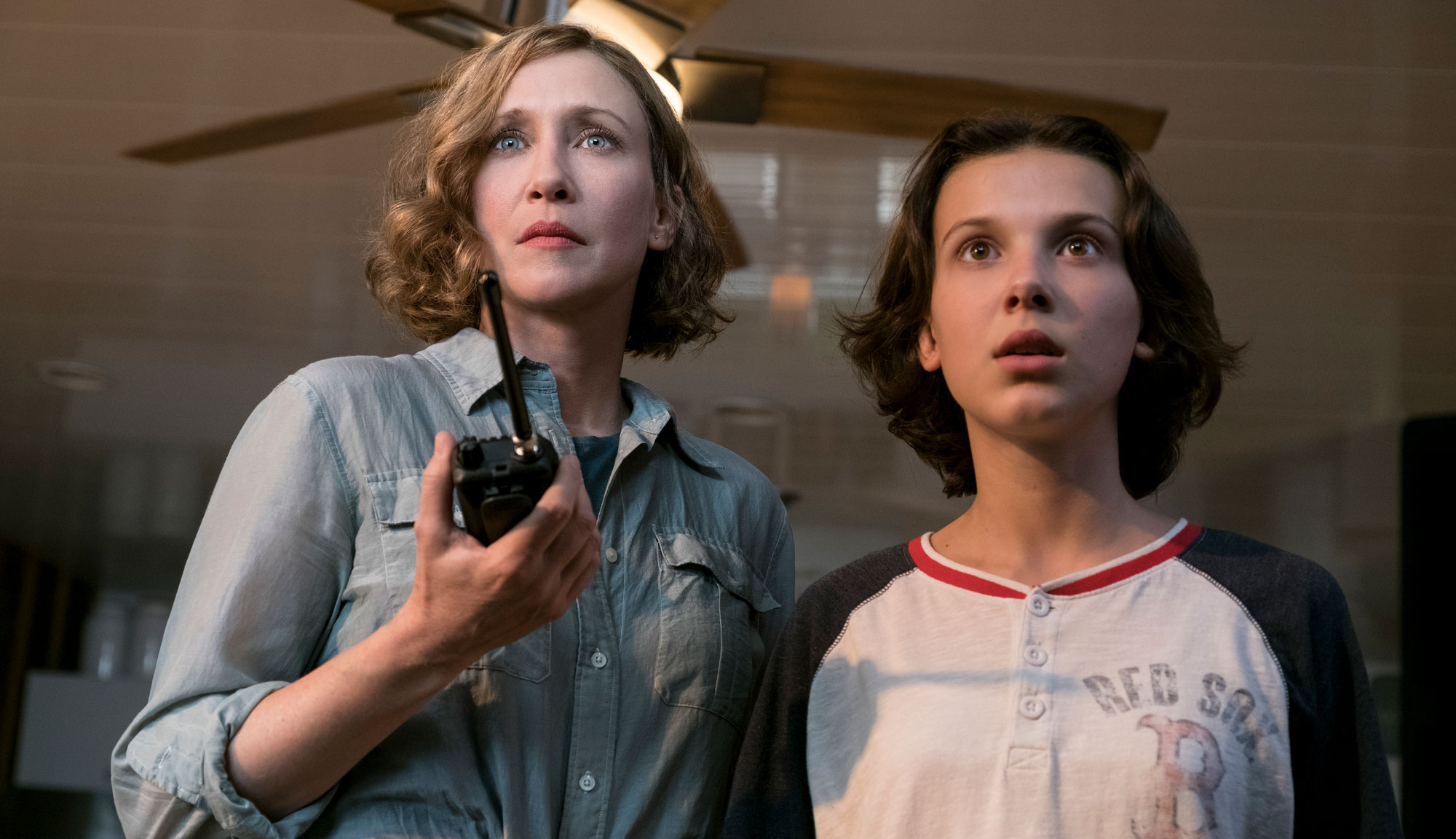 The history of Western Godzilla movies is spotty at best. The less that is said about Roland Emmerich’s 1998 take on the character the better, and while there was quite a bit to like about Gareth Edwards’ 2014 reboot, the characters weren’t one of them. Indeed, you could argue that the best Godzilla movie made outside of Japan was “Cloverfield,” which isn’t a Godzilla movie at all but captures the scale and chaos that such a being would inflict on a modern day metropolis. For all its flaws, Edwards’ “Godzilla” had a huge opening weekend and a successful run out at the box office, making a continuation inevitable. But just making a sequel in the era of Marvel isn’t enough, and Universal has since tied the franchise in with “Kong: Skull Island” to create the MonsterVerse, which will see the two behemoths clash in an upcoming movie. But first, the Godzilla tale must continue. Edwards has moved on to greener pastures, replaced by Michael Dougherty of “Trick ‘r Treat” and “Krampus” fame.

“Godzilla: King of the Monsters” opens in the middle of the destruction of San Francisco from the last film, with the HALO jump sequence playing out from a distance while Mark (Kyle Chandler) and Emma (Vera Farmiga) search in vain for their son amidst the wreckage. When the film catches up with them five years later, it’s clear that the trauma of that attack has taken its toll, with Emma now estranged from Mark and working for Monarch, the shadowy agency at the center of all this cryptozoological activity. They’ve discovered the sleeping titan Mothra and are using it to test a device that uses sound to control them when an ecoterrorist outfit led by Jonah Alan (Charles Dance) breaks in and kidnaps Emma and her daughter Madison (Mille Bobbie Brown) along with the device. Their plan is to unleash the titans upon Earth to cleanse it of humanity and allow the environment to repair itself, but when they release the terrifying three-headed Hydra monster Ghidora, it becomes evident that they’ve bitten off far more than they can chew. It’s up to Mark and a ragtag group of Monarch scientists (including Ken Watanabe, reprising his role from the first film) as well as a certain giant lizard to fight back and restore balance to the world.

Much like Edwards’ film, “Godzilla: King of the Monsters” is at its best when it embraces the scale and awe-inspiring splendor of these giant monsters. Their battles are a series of epic clashes played out like the paintings of Frank Frazetta – otherworldly, majestic and metal as all hell. Dougherty knows what he needs to get right, and all the care and attention is rightly focused on how cool it is when Godzilla and Ghidora clash. But those transcendent moments don’t take up enough of the real estate. The color palette is dark and drab, with fights among the rubble of cities coated in a perpetual layer of dirt and ash. There is something a little off about some of the monster designs, though; they can feel almost a bit too expressive in the way they move and interact (especially compared to the stiffer Godzilla design) that almost makes them look like Muppets more than monsters. It speaks to the idea that the best images are presented from afar. It can feel more effective as an art book than a movie.

It’s the human characters, though, that really let the whole film down. Let’s be honest: people don’t buy a ticket to a Godzilla movie in search of an incisive character drama. However, that doesn’t necessarily mean they should put as little effort into those characters as we see here. “Godzilla: King of the Monsters” has employed some pretty great actors, but beyond Dance and Watanabe (who are expected to just chew all the scenery they can get their teeth on), no one really comes out of it looking rosy. Farmiga is saddled with an all-time terrible arc, pinballing from concept to concept as the plot requires and getting lost in muddled motivations and nonsensical responses to situations. Chandler doesn’t fare much better as a sort of everyman outsider who incredulously bosses around all the scientists and military types while essentially acting as a Godzilla whisperer. Good actors like O’Shea Jackson Jr. and Anthony Ramos are reduced to barking instructions at evacuating civilians, while Brown, in her first big role since breaking out on “Stranger Things,” simply doesn’t engage. She’s the child in peril, the motivation for her estranged parents to reconcile, but it fails to move the needle.

Indeed, “Godzilla: King of the Monsters” is neither a step forward nor a step backward from the movie that preceded it. And it excels and stumbles in the exact same ways, offering some great visuals during the fights and completely failing to give the audience a compelling human character to act as their surrogate into the world. That may not be the point of movies like this, but the film spends plenty of time with those characters, so it shouldn’t be too much to expect those scenes to actually be enjoyable to watch. Still, there’s something to be said for these movies’ understanding of the awe and terror that comes from watching giant creatures turn your city into their own personal wrestling ring, and that in itself is likely enough to keep the Universal MonsterVerse afloat for some time, even if the films that comprise them aren’t narratively satisfying. Maybe someday they’ll crack the code and manage to deliver both a fun kaiju movie and a compelling story, but they haven’t gotten there yet.