Trending
You are at:Home»Entertainment»Movies»Movie Review: “Mank” 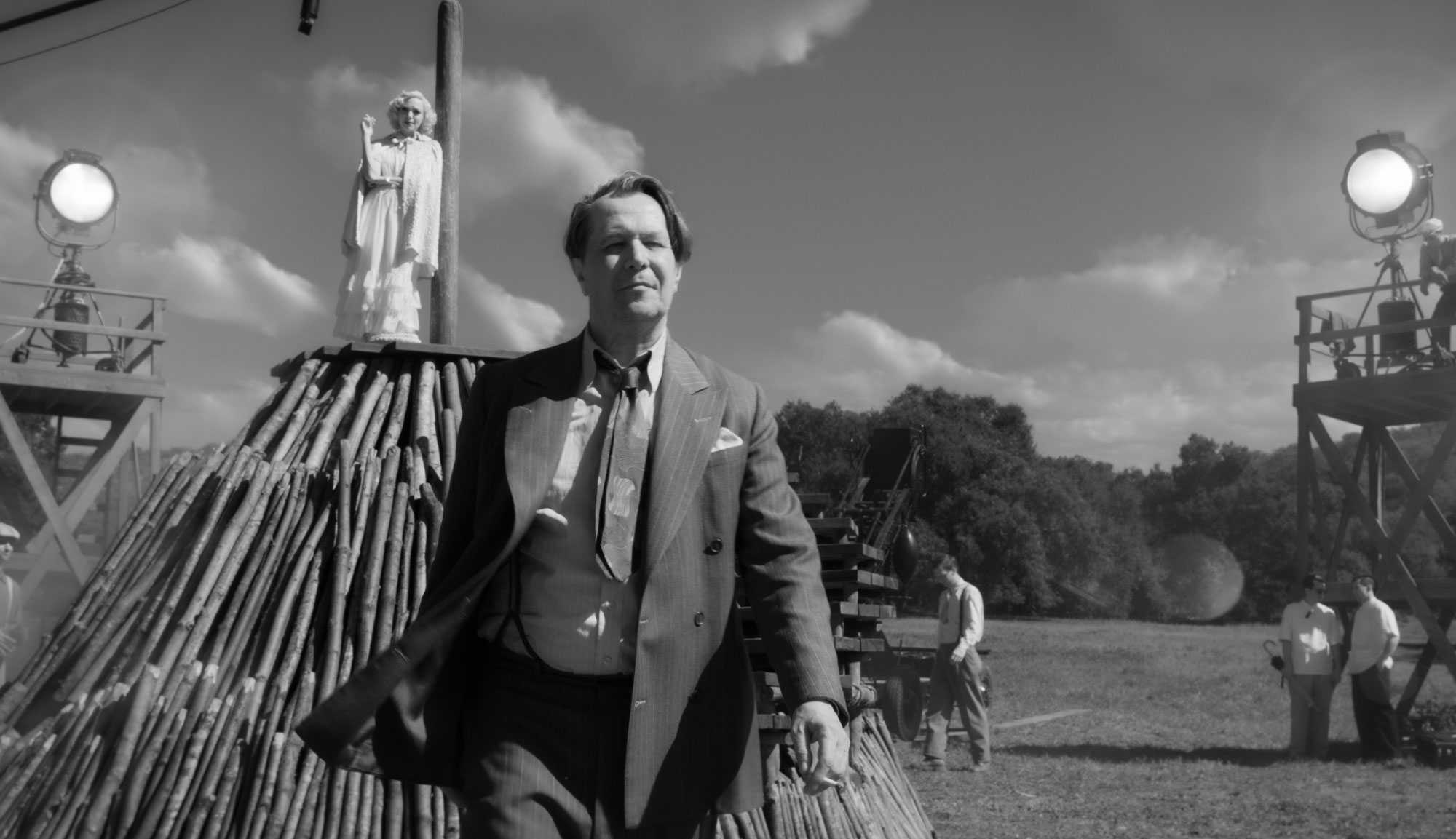 No one would accuse David Fincher of lacking attention to detail in his projects. Long known as one of the most demanding directors in Hollywood, he’s become famous for going to almost masochistic lengths to get the takes he wants, even if it takes dozens upon dozens of tries. The results of this perfectionist streak are hard to deny, having directed two of the best movies of the last two decades in “Zodiac” and “The Social Network.” It’s been six years since Fincher’s last feature, “Gone Girl,” and he has spent much of the interim working as an executive producer (and occasional director) on the Netflix shows “House of Cards” and “Mindhunter.” Considering this, it shouldn’t be much of a surprise that he’s continued to work with Netflix on his new feature, “Mank.” Given an unfettered budget and creative control, Fincher’s exhaustively exacting eye turns to the past and the creation of the screenplay to arguably the greatest movie of all time.

Herman Mankiewicz (Gary Oldman), Mank to his friends, had been working on screenplays and silent film titles since the mid-1920s, entrenched within the MGM system with a group of colleagues providing scripts with little credit to their names. But that all changes when he’s contacted by young upstart Orson Welles (Tom Burke) to write the screenplay for what would become “Citizen Kane.” Struggling with alcohol addiction and nursing a broken leg, Mank is put into isolation in the care of a British secretary (Lily Collins) and given 60 days to produce a script. His inspiration comes from his experience around Upton Sinclair’s 1934 Democratic bid for governor of California against Republican Frank Merriam. It is through connections with MGM executive L.B. Meyer (Arliss Howard) that he meets William Randolph Hearst (Charles Dance) and his mistress, Mario Davies (Amanda Seyfried). All of these moments would grow to have an outsized impression on Mank and become the inspiration for “Citizen Kane.”

Mank is an outsized character played with outsized glee by Oldman, drunkenly stumbling through life buoyed by the wit of ten men. He’s the sort of personality that dominates a room the second he enters it, even if that room is full of the biggest and most powerful people in California. He’s often an embarrassment, which is expected of those possessed by liquor, but he’s the sort of talent that anyone would bend over backwards for to get him writing again. Mank is perhaps the most fleshed out character of the bunch, with the other characters only really creating a sense of themselves in relation to the protagonist. Welles is this looming, predominantly offscreen threat — one of the film’s two villains alongside Dance with his sunken, corpselike visage. The most consequential support is arguably Seyfried, fitting the role of the young Hollywood starlet-turned-muse to a T. They all feel particularly at home in the time period.

It’s interesting that despite the extreme departures in tone, aesthetics and approach from previous Fincher works, he has retained plenty of talent from his previous films. That includes editor Kirk Baxter, production designer Donald Graham Burt, costume designer Trish Summerville (with a retro “Gowns and Costumes” credit), composers Trent Reznor and Atticus Ross, and “Mindhunter” cinematographer Erik Messerschmidt. It’s an especially major shift for Reznor and Ross, who have made their film careers on the back of minimalist synthesizer compositions, but they are equally effective in crafting a score for a large orchestra using period appropriate instruments. Everyone succeeds at making this movie look the part, including rear projection driving scenes and visual effects that give the digital film a scratchy celluloid look and cue marks for each “reel.” It certainly achieves the look that Fincher is going for — like some old, dusty reel someone found in a basement instead of a modern production. His perfectionism is very much on display; nothing is a hair out of place. It’s all extremely impressive, but it needs a little more than simple visual wonder to be at the level of some of Fincher’s best, and it’s here that the cracks start to form.

“Mank” doesn’t necessarily have that sense of monotone that is so often a part of the Fincher aesthetic, where characters’ edges are sanded down into oblivion and where protagonists like Lisbeth Salander and Mark Zuckerberg seem to have the same effect despite extremely different stories. The characters here have far more life to them — something more akin to Fincher’s earlier work like “Seven” or “Fight Club” — and yet despite this, the film still has that same sort of distance. Perhaps his obsession with the craft, with making “Mank” look like it was born of the era that it portrays, ends up shattering the illusion rather than enhancing it. “Mank” has a different sort of sterility to it — one that’s far more soaked in artifice — in Fincher’s desire to make his movie about “Kane” look and feel and move like “Kane.”

There are certainly redeeming qualities to “Mank,” and its technical wizardry is perhaps unparalleled in its use of digital photography that looks like old school celluloid. It purports to be a story about a man fighting for the revival of his career and credit on his defining work; fighting against the demons of alcoholism, the power of a newspaper magnate and an eccentric young genius; and the suffocating sameness of the Old Hollywood studio system. It is all of these things, technically, but so little of that connects beyond the pure surface of it all. The surface is worthy in its own right but not enough. Indeed, it feels far more like an exercise than a satisfying story about the making of the greatest movie of all time.