We’re seeing more and more of Lily Collins, and we definitely approve. She’s beautiful of course with a classic look that evokes the iconic Audrey Hepburn. And she’s an incredibly talented actress who can carry a comedy and dive into dramatic roles as well. She’s also the daughter of legendary pop star Phil Collins.

Lily is becoming one of the busiest actresses in Hollywood, and you can follow our latest content about Lily with the Lily Collins tag on our site.

Here are some highlights from Lily’s acting career:

“The Blind Side” (2009)
Lily got her first big break with a role in this blockbuster hit, working with Sandra Bullock and playing Collins Tuohy, the daughter of Leigh Anne Tuohy.

“Priest” (2011)
Lily has a supporting role in this action film that struggles with the 3D effects.

“Rules Don’t Apply” (2016)
Lily stars opposite Warren Beatty, Annette Bening and Alden Ehrenreich in this film about reclusive billionaire Howard Hughes. The film isn’t that great and Beatty’s performance is over-the-top, but “Ehrenreich and Collins have such great chemistry that the movie survives on their charm alone.” 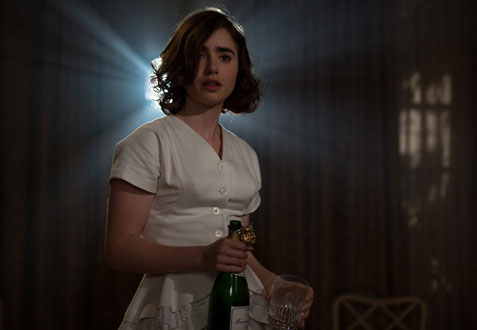 “Mank” (2020)
Lily stars opposite Gary Oldman in this film by David Fincher about the creation of the screenplay for “Citizen Kane.” Oldman plays Herman Mankiewicz who is struggling with alcohol addiction and nursing a broken leg when he is put into isolation in the care of a British secretary (played by Lily) and given 60 days to produce a script. Lily is excellent in this supporting role, and the black and white cinematography highlights her stunning beauty. 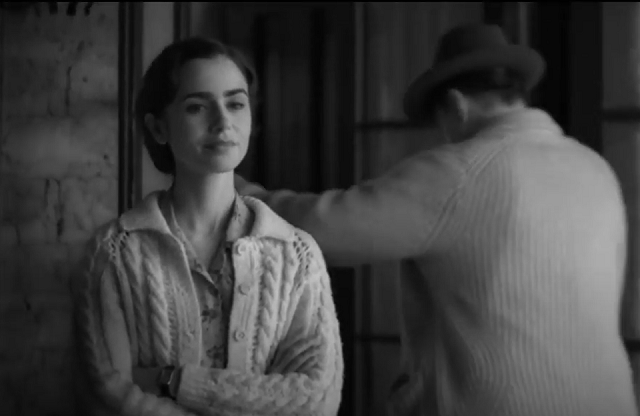 “Emily in Paris” (2021 – Present)
Lily shines in the lead role in this Netflix comedy series as a young marketing professional who finds herself in Paris trying to adjust to a new culture in the world’s most romantic series. Much of the story is predictable, but its executed to perfection. Lily is a force in the lead role, revealing a level of charisma few actors can match. She funny and always beautiful in this role, and the wardrobe department must have a field day dressing her up for this part. Lily is also a producer of this series, which demonstrates her growing influence in Hollywood. She’s been nominated for the Golden Globe Award for Best Actress – Television Series Musical or Comedy, and she definitely deserves to win an award at some point for her impressive performance as Emily in this series.

“Emily in Paris” is the brainchild of producer Darren Star, who also created the iconic HBO hit “Sex and the City.” The similarities between these shows are very interesting, and you can read more about it here and here. 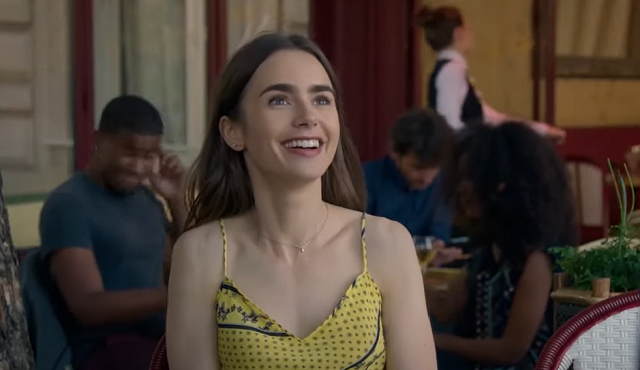 Lily Collins discusses her famous father Phil
Lily discusses growing up with a famous father. And she looks amazing here with bangs! There were some tough times as well, as revealed here.

Malibu Magazine
Behind-the-scenes video of Lily’s photoshoot with this magazine. The outfits are very sexy and elegant.

Looking back at Lily’s life
Good overview of Lily’s life and career, along with referencing her challenges with eating disorders. She also talks about her bushy eyebrows.

Flaunt photoshoot
This video has Lily with an edgy look.

Lily Collins on Instagram
Lily has over 26 million followers on Instagram where she shares candid and beautiful photos.

Lily Collins on Twitter
She’s also very active on Twitter with over 750,000 followers and she shares her opinions on issues that matter to her.