Trending
You are at:Home»Entertainment»Movies»Movie Review: “The Irishman” 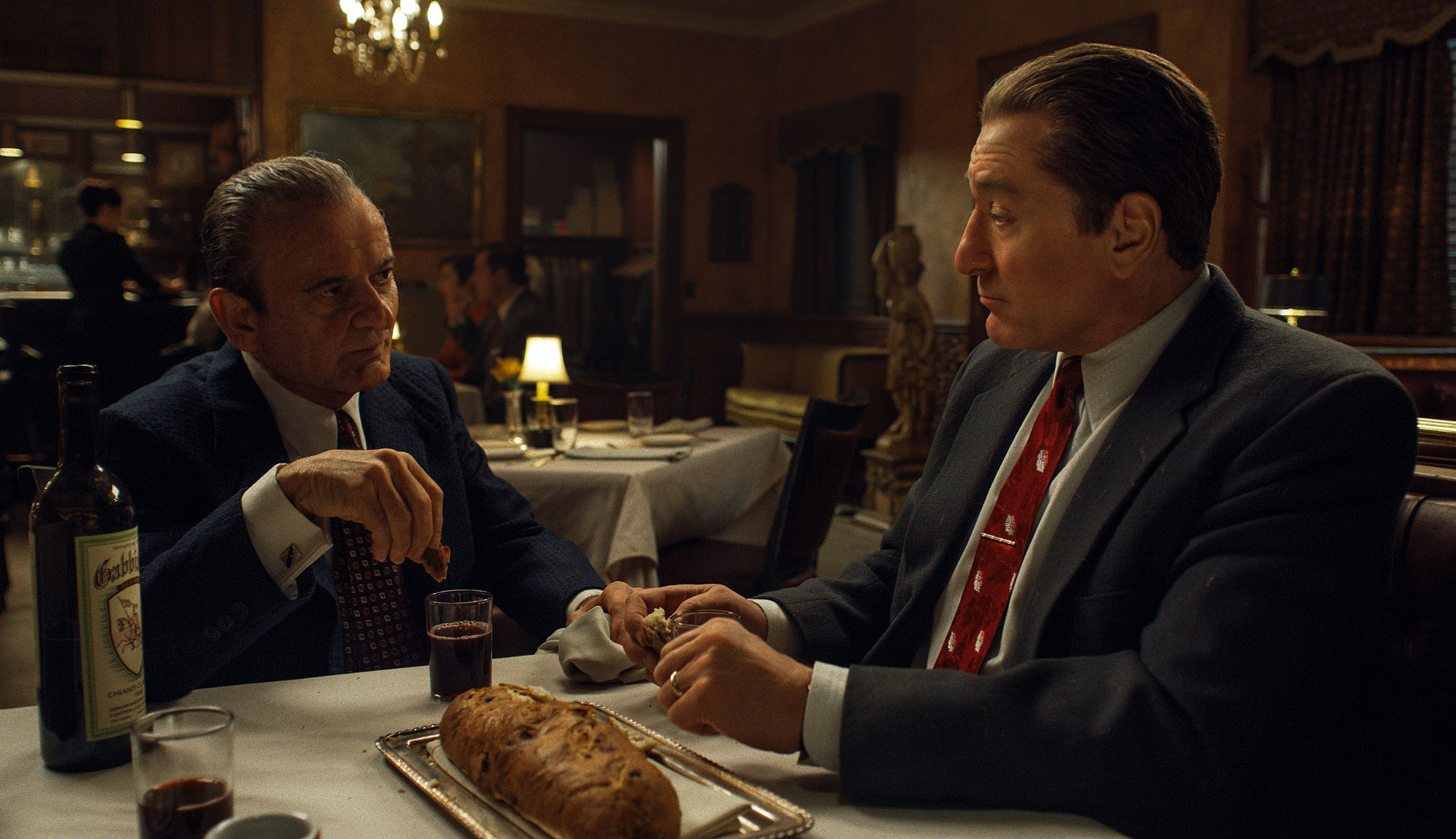 “The Godfather Part III” is pretty fairly assessed by history and cinephiles at this point. While there is exaggeration about how bad it is, most of its flaws are pretty evident and its existence in the shadow of the two films before it only heighten where it went astray. But its ending, with elderly Michael Corleone falling over dead, forgotten and alone in some collapsing Italian villa, remains a fairly poignant punctuation mark on the mafia saga. If that moment was stretched out and combined with “Goodfellas” for three and a half hours, then that would be indicative of what “The Irishman” has in store for viewers. Directed by Martin Scorsese from a script by Steven Zaillian (based on the book “I Heard You Paint Houses” by Charles Brandt), the movie is a literal epic, taking place over multiple decades and locations and involving a vast number of characters. With such a broad canvas, the film was bound to be inconsistent, with some scenes and stretches of the movie proving much more engaging than others. While there are certainly deeper levels present, along with fine filmmaking and strong performances, the end result is a movie that feels oddly unfocused and uneven.

WWII veteran Frank Sheeran (Robert De Niro) is a Philadelphia-based truck driver and union man who becomes entangled with the local mob, which is run by Russell Bufalino (Joe Pesci). Frank steals, threatens and murders for his new brethren while raising his own family. As time marches on, Frank is brought in to assist Jimmy Hoffa (Al Pacino), head of the Teamsters Union and one of the most powerful men in the country with deep ties to the mafia, and they become very close friends. From the late ‘50s to the late ‘90s, the film traces the political changes that the country undergoes and the increasing clashes between various members of the mob and branches of the union, resulting in a test of Sheeran’s loyalty to his three families.

With 2013’s “The Wolf of Wall Street” and 2016’s “Silence,” it did not appear that advanced age had affected one of the greatest filmmakers of all time. Using tried and true methods along with new technology, Scorsese proved as adept at telling stories on the silver screen with the same energy, intensity and emotional honesty in his seventies as he was back in the 1970s. While “The Wolf of Wall Street” had a very familiar ring to it compared to other entries in his filmography, it was still brilliantly executed and entertaining. “The Irishman” is interesting because it’s a movie about an old man, opening with Frank in a retirement home telling his story (while Scorsese inverts his own famous Steadicam shot from the Copacabana scene in “Goodfellas“), but it also feels like a movie by an old man.

To be fair, that is probably by design, as there are moments in the story where the film just dwells and lives in those specific situations, while there are other parts that are oddly gleaned over. The effect is an imitation of the rambling anecdotes of an elderly person. The narrative journeys to a specific plot point and takes its time getting there, but once that moment occurs, there is a veritable mad dash into the winter of its characters’ lives as old age descends on them rapidly and the end credits quickly approach, which is kind of how life can feel when one looks back on it. There are spans of time that are so clear, even if they weren’t necessarily the most poignant or formative, that their details stand out in vivid splendor, and then there are whole years that coagulate together in a Cronenbergian fashion where it’s hard to know when one age ended and another began.

Strong elements abound throughout “The Irishman,” including persistent character moments around the fear of finality as well as Scorsese’s recurring theme of trying to serve multiple masters at once. Pacino is incredible as Jimmy Hoffa, at turns hilarious, menacing and pathetic but ultimately a dynamic and flawed person who lived up to the shadow that the historical figure cast. Ray Romano, Jesse Plemons, Kathrine Narducci, Louis Cancelmi and scores of other supporting actors from “The Sopranos,” “Boardwalk Empire” and past Scorsese productions all turn in solid performances that lend depth and memorable presences in a movie with dozens upon dozens of named and featured roles. The relationships between De Niro and Pacino, De Niro and Pesci, and Pacino and Pesci truly feel lived in and authentic, granting a lot of weight that humanizes the characters while also revealing the dark depths of their actions.

But there does seem to be some miscasting in the film. Pesci is meant to be a quiet, unassuming type that is essentially a puppet master. He’s described as someone “you’d never think” could hurt anyone, except that’s literally what audiences know him best for. It may be an attempt at playing against type or Scorsese allowing those past images to fill in the violence-by-proxy menace of Bufalino, but it never works and Pesci mostly seems unengaged. De Niro is good once he’s no longer the youthful version of Frank. The Frank that audiences are introduced to is a young man (accomplished through de-aging visual effects), but his mannerisms, gait and voice is that of an older person; it’s distracting to notice that the spry truck driver beating someone up over unpaid debts is gingerly walking like a retiree from Del Boca Vista.

The inconsistent nature of the plot and stop-and-start periods of focus in the timeline throw off the pacing and raise a lot of questions. For example, Bobby Kennedy (played by Jack Huston) is a major shadow looming over the plot in the first half but is basically forgotten after that; his assassination is never even mentioned. This translates into significant portions where every passing second of this 209-minute movie is felt. Whole sequences feel repetitive of Scorsese’s previous work, and there are copious infodump scenes that could’ve been handled with more style.

“The Irishman” is an epic by definition, and so there are almost always going to be uneven parts when spending that long of a time with this many characters. When it’s at its best, the film is electric and totally consuming, featuring brilliantly shot scenes by Rodrigo Prieto and engaging moments produced through Thelma Schoonmaker’s editing that highlight terrific performances laying bare these complicated and fascinating characters. That’s probably about half the movie. The other half is a disjointed film that feels like nothing is really connecting, the same cycle of behavior keeps occurring and information is presented like there will be a test at the end.

There is no uniformity to “The Irishman” or even a sense of rhythm to switching between these two sides. It’s pretty much impossible to explore or even sum up a person’s life in any fraction of time; there’s too much happening in the world around them and too few elements pay off in a satisfying way. Maybe that’s the ultimate goal of Scorsese with this film. Maybe it really is a tale of an old man by an old man looking back at his life and trying to figure out how it all comes together into something resembling a cohesive whole and what it all means.