Trending
You are at:Home»Entertainment»Will “Snowpiercer” Stay on Track and Tell It Like It Is? 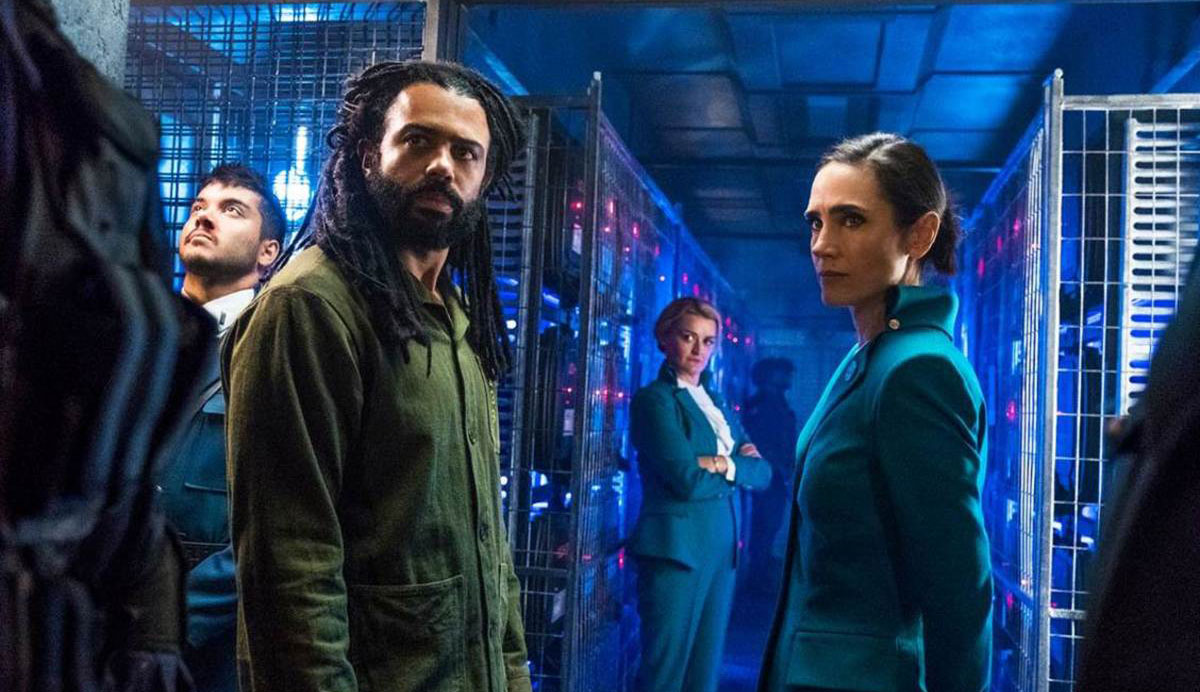 Over the last month or so, there’s been news for those of us interested in the television adaptation of “Snowpiercer.” The show, based on the 2014 Bong Joon Ho sci-fi film of the same name, will now be airing on TNT instead of TBS. However, considering that almost every cable/satellite package on the planet offers both channels, I’m not sure what the significance is. The show was also teased with some new details at New York Comic-Con a few weeks back, following its first official panel at San Diego Comic-Con this past summer.

Ultimately, we’ll just have to see how it turns out, but it’s tempting to hope for something a little extra interesting. If nothing else, “Snowpiercer” is the first TV series to promote itself by getting people to eat bugs.

Coincidentally, writer-director Bong is currently promoting his genre-blending, Palme d’Or-winning arthouse sensation “Parasite.” He’s had some amusing stories to tell about his battles on “Snowpiercer” with the world’s second-most despised human, Harvey Weinstein. More interesting than all of that, however, was the active promotion of the TV version in terms of the science of its premise.

As I write this, a chunk of L.A. is burning, as all of California has seemingly turned into a tinderbox, and homeless people — a feature of daily life here, though far from the plague described by hateful right-wing media — are being shunted about the area as they are evacuated from fire-threatened areas. When that’s all done, we can await the mudslides to come with the next rains or, if the rain doesn’t come, another eventual super drought ready to turn my lifelong home into a Mad Maxian outback of show business wannabes. Even if we end up dealing with sand instead of snow, TBS might have a pretty good metaphor for modern life on its hands.

If you haven’t seen the movie, the setup of “Snowpiercer” is that an insanely ambitious technological Hail Mary to defeat global warming boomerangs into global deep-freezing, with the only habitable spot being a very large train that is somehow continually moving around the earth. Inhabited largely by human sharks that feed upon each other in various ways, if the train stops moving, it dies and takes all of humanity with it. As for what’s going on inside the train, the film version gave us unashamed sledgehammer satire and crypto-pinko propaganda with its story of rebels from the impoverished back of the train attempting to fight their way towards the front in an attempt at some sort of social change, with every train car going up a step on the social ladder.

The TV version looks to be intriguingly different. Rather than focusing on Chris Evans’ determined rebel leader, Daveed Diggs (best known as Lafayette/Thomas Jefferson in the original cast of “Hamilton”) stars as a back-car ex-detective investigating a murder that will, no doubt, have ramifications far beyond anything you’d see on the Orient Express. The powerful voice of the train — think a combination of Radar O’Reilly on “M*A*S*H” and Joan Collins on anything — who makes the daily announcements and presumably lots of power plays will be portrayed by Oscar winner Jennifer Connolly.

The creators also note that their train will have over a thousand cars and be several miles long, so there will be plenty of society to explore if the show lasts long enough and the budget stays big enough. Reports of creative acrimony amid staff turnover last summer might seem like a bad sign, but ­chaotic productions have produced their share of winners over the decades. The trailer teases some stylish and thoughtful entertainment, so I’m feeling mildly bullish.

In the meantime, if the show has even a touch of the lunatic agitprop energy of the Bong film, we’re in for something pretty interesting. Lord knows we’ve seen plenty of dystopias in pop culture, but it’s hard to think of one more relevant to our times than the never-ending train ride to nowhere that will, in fact, end very badly if the inhabitants can’t find a way to stop feeding off each other and start working together.