Trending
You are at:Home»Entertainment»Movies»Movie Review: “Men in Black: International” 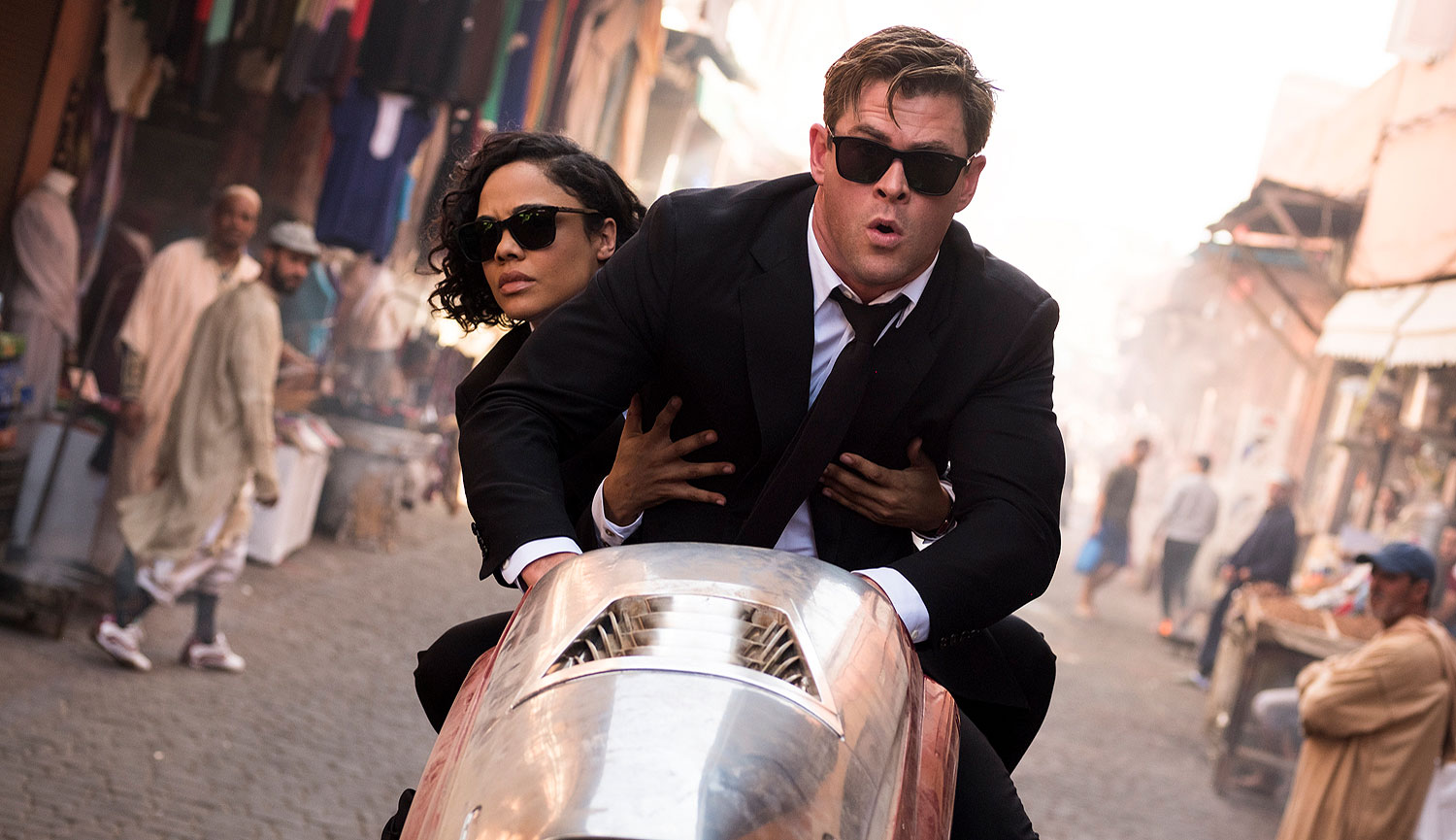 “Men in Black: International” makes so much sense from a marketing standpoint that it’s tempting to dismiss the film as the cynical global box office cash grab that, let’s face it, it probably is. The previous three films took place almost exclusively in or immediately outside of New York City, and that ‘America first’ approach just doesn’t fly in an era where overseas box office is usually two-thirds to three-fourths of the overall box office. It makes perfect sense that there would be MIB field offices all over the world, and considering the fact that Chris Hemsworth and Tessa Thompson’s dance cards have opened up considerably since finishing Phase Three of the Marvel Cinematic Universe, in addition to showcasing great onscreen chemistry in “Thor: Ragnarok,” casting them as the leads is a no-brainer on a number of levels.

This is the part where the trolls remind you that Sony rebooted another one of their most beloved properties a few years ago to “disastrous” results. They’re talking about “Ghostbusters,” of course, and while the movie was a letdown, it was not the dumpster fire that the He-Man Woman-Haters Club of the interwebs made it out to be. At the same time, some strange parallels exist between the two films in terms of how they acknowledge their respective pasts, but the similarities end there. The plot of “Men in Black: International” is lacking – my 12-year-old son anticipated every turn – but the character banter is snappy and fun, and the supporting roles are impeccably cast. Do not look them up if you can help it. It’s better to be surprised.

Molly (Thompson) has been obsessed with the Men in Black since she was a child, when she witnessed two agents neuralyze her parents after an alien broke into their house. As an adult, she tries repeatedly to join the MIB through proper channels but eventually persuades them to hire her through sheer persistence. They send the newly christened Agent M to England as a probationary employee, where she meets cute with the legendary Agent H (Hemsworth). M convinces H to bring her on a simple assignment to guard a party-happy alien. The alien trusts Molly with something that he doesn’t want her coworkers to know about, because the Men in Black have a mole in their midst.

Chris Hemsworth might have top billing, but this is Tessa Thompson’s movie, and thank goodness for that, because Hemsworth pretty much skates through this whole thing, looking for all the world like he has half as much emotionally invested in the movie as everyone else. It’s not that he’s awful; it’s just that he’s not trying very hard to be good. (Hey, there’s another similarity to “Ghostbusters,” yuk yuk.) Thompson, thankfully, more than makes up for it. Her Agent M is smart and spunky and kind and kickass – without the cockiness or jadedness that defined her predecessors. She’s the agent that the “Men in Black” films have desperately needed for a long time.

Unfortunately, the story is threadbare, and implementing the ‘spy in the ranks’ device is deeply disappointing. Men in Black is one of the few (and perhaps only) top-secret government agency film properties that, up to this point, had no traitors, and that was refreshing. The screenwriters would probably argue that it’s the first time a “Men in Black” film dealt with treachery, which makes it a new idea. Well, congratulations boys; by introducing one of the hoariest spy movie clichés, the “Men in Black” series is now just like all the others.

“Men in Black: International” lacks the irreverence that the Barry Sonnenfeld films had in spades, but that’s not necessarily a deal breaker. There are a lot of things to enjoy here, but to do so requires excusing the writing staff of a fair amount of laziness. To paraphrase the Sex Pistols, the movie’s pretty but also vacant.