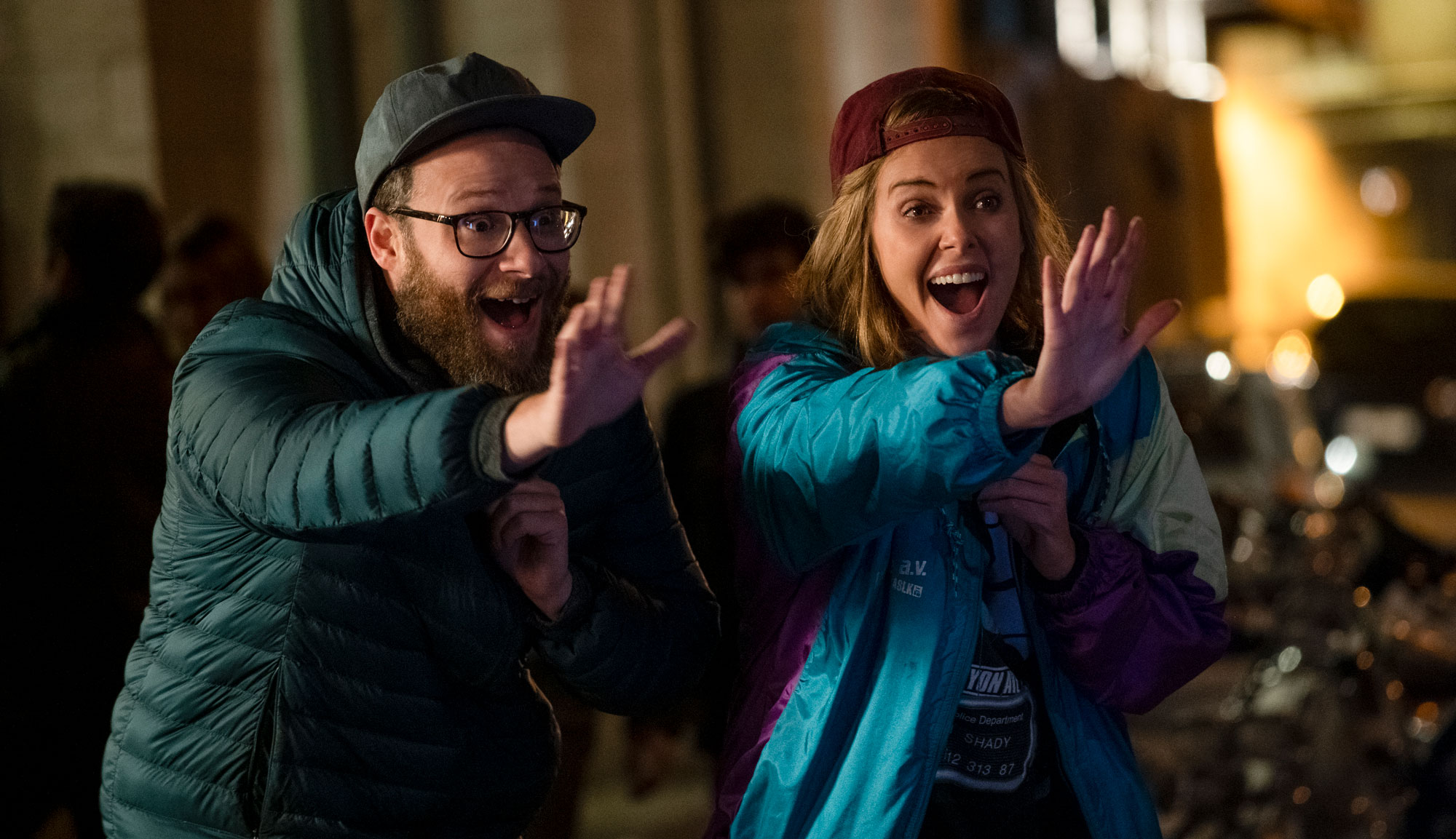 There are certain types of movies that are so reliant on archetypes that it’s just another part of the formula. These stories are played out and their setups are obvious, but lack of originality aside, there can still be comfort, entertainment and, yes, even insight from movies that follow a blueprint. “Long Shot” is not original – it has dashes of “Notting Hill” and “The American President” with updated pop culture references – but it’s propelled by some excellent jokes and a supremely talented cast. Like most political comedies, it remains toothless and oddly oblivious to actual political situations and realities, but it’s still a fun distraction that is built on a winning formula.

With the current U.S. president (Bob Odenkirk) declining to seek re-election, Secretary of State Charlotte Field (Charlize Theron) plans to use a big environmental initiative as momentum to launch her presidential campaign. Unfortunately, she doesn’t test very high in likability polls, so Charlotte goes searching for punch-up writers to help with her speeches. Luckily, the universe brings her back in touch with Fred Flarsky (Seth Rogen), a recently unemployed firebrand journalist whom Charlotte used to babysit when they were children. Fred is brash and eccentric but believes in Charlotte’s vision and begins to work closely with her to hone her message. As they get to know each other better while on a world tour, sparks seem to fly. But that may not be the most practical option for Charlotte, at least according to her chief of staff (June Diane Raphael) or the predatory media magnate (Andy Serkis) who makes or breaks candidates and just so happens to be Fred’s nemesis.

Look, you know what this movie is. You won’t know the specifics of every scene, but if asked to write down the general direction of where it goes from opening to closing credits, you’d probably be fairly close. Director Jonathan Levine has used tropes and formulas throughout his career to varying degrees of effectiveness – from the highs of “All the Boys Love Mandy Lane” and “The Wackness” to the lows of “Warm Bodies” and “Snatched” – but the devil, and the value of this film, lies in the details.

“Long Shot” is predictable, and its resolution is pretty shaky and weak, but the movie is elevated by outstanding performances from Theron and Rogen (who also have good chemistry) and some great comic turns by the rest of the cast, including O’Shea Jackson Jr. as Fred’s best friend. The overall tone and feel of the film is mundane, but the jokes, banter, comic set pieces and surprising character moments distract from the confines of the subgenre. Think of it like a well-executed roller coaster: it’s on a track, and riders can see where it will go and how it will end, but if executed well, those dips and turns can still elicit a lot of fun.

One thing that “Long Shot” does poorly, and which is common among similar comedies like “Dave,” “The American President” and “Head of State,” is its very basic approach and understanding of politics. Last year’s “The Oath” is not nearly as funny as “Long Shot,” but it at least offered a nuanced understanding beyond “both sides” and “need to compromise” when considering political realities. Elements of political parties are pushed to the side until it becomes a necessary plot point for a character arc, but even then, they’re just given empty lip service. It’s not like these movies need to turn to Noam Chomsky books or C-SPAN, but “Long Shot” wasn’t made in a political vacuum and is well aware of current political environments. The film gets marks for talking about the hypocrisies in female candidates being judged differently and unfairly by the media, but it’s a minor attempt at saying something amid a cloud of saying so little else.

Levine has crafted an entertaining romantic comedy that isn’t surprising in its shape but full of clever and unique elements on a smaller level. The scenes play out as expected, but “Long Shot” delivers with inventive jokes and a spirited cast that will easily draw in viewers. It’s especially nice to see Theron doing comedy again and matching wits and zingers with Rogen. “Long Shot” isn’t original, but it has that comforting effect of an old album you memorized years ago or that mediocre local pizza place you order from just because it’s Friday and you’ve earned it. This rom-com won’t set the world on fire or be remembered very long after it’s over, but it does provide a lot of laughs and warm feelings for about two hours.