Trending
You are at:Home»Entertainment»Movies»Movie Review: “The Oath” 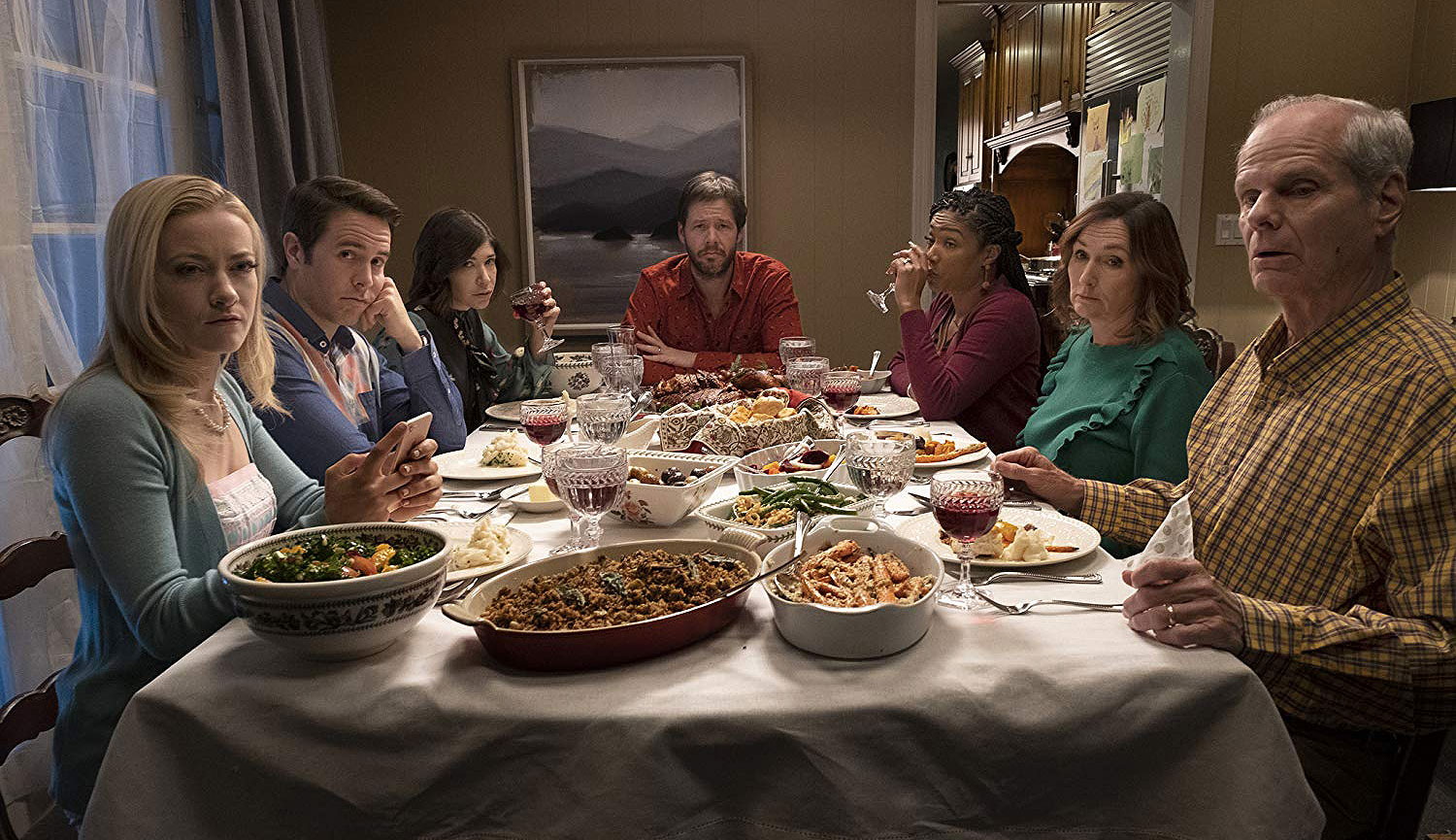 With a rapidly moving news cycle covering an increasingly divided nation, it can feel like politics is more pervasive and omnipresent then ever before. Every segment of society (current events, technology, sports, entertainment, etc.) has become an extension of this ongoing ideological battle that puts a different lens on activities than in decades past. Despite that, or maybe because of it, there is a desire for escapist fun – a way to step back from the debates and simply enjoy something on its own terms. Everyone, no matter how ardent an activist, has something (or wants something) they can experience without having to engage in further arguments or ponderings. In between the divide of politics and escapism lies “The Oath,” a dark comedy from writer/director/star Ike Barinholtz about this escalation of politics within family and society. It is a very clever examination that directly references current situations without tying it explicitly to any literal politician or movement. There are some elements that could be improved upon, but it’s a mostly solid film that serves as a perfect reflection, skewering and rumination of our times.

The U.S. government has given American citizens one year to sign the Patriot’s Oath. It is a statement that says people will defend their government against all possible threats in vague language that could lead to unknown consequences. A divided nation continues to debate it vigorously, spilling out into protests from the opposition and arrests by the new law enforcement agency, the Citizens Protection Unit (CPU). Amidst all of this, and with the deadline fast approaching, Chris (Barinholtz) and Kai (Tiffany Haddish) are preparing for Thanksgiving dinner with Chris’ family. They are staunchly against the Oath, with Chris obsessing over every piece of news about it even when Kai is trying to focus on caring for their daughter. As soon Chris’ family arrives, the political debates begin in an ever-escalating bitter feud that culminates in the arrival of two CPU agents (John Cho and Billy Magnussen).

In his feature directorial debut, Barinholtz has created a stellar time capsule of a moment without explicitly or directly talking about the principle characters that are driving the situation. The idea of the Oath is a good catalyst because it’s easy to read it as innocuous or view it as having more sinister connotations, but camps retreat into their corners and begin debating and fitting the truth to fit their narratives. However, what makes “The Oath” really work is that it doesn’t go for the easy “both sides have good points” story that is simply untenable in modern times. In the universe, it is very clear that one side of the political divide is morally wrong, but the interesting wrinkle that Barinholtz puts forward isn’t that both sides are correct but that both sides have jerks. People can be “right” and still be dicks; it doesn’t make them wrong, it just makes them awful to be around. There are a lot of good jokes as the family debates rage on and each member tries to hold back before exploding in anger at the opposing side. There are apoplectic moments of frustration and vicious insults that are incredibly funny and identifiable, and the plot moves along at a quick pace as the situation continues to devolve in tense new ways.

All of the actors are excellent in their respective roles (including Nora Dunn as Chris’ mom and Carrie Brownstein as his sister), delivering great lines and reactions to the emotionally fraught situation, which feels real and earned. Unfortunately, some of the relationships don’t feel quite as authentic due to a lack of chemistry between the performers. It’s an odd thing to see actors doing a good job but still not connecting with each other. In addition, while there are some awkward moments between the family, the film would’ve benefited from leaning into those scenes a bit more and driving up the cringe factor in order to better highlight the tension and make it more visceral for the audience.

A lot of movies exist as escapist entertainment that aren’t looking to contribute, one way or another, to current political discussions. Most movies are going to be perceived by viewers through the political lenses they wear and will influence how they feel about them. “The Oath” is an unapologetically political film based on a not-crazy hypothetical that manages to be completely of the moment without being too on the nose. Its resistance to equating people’s stances, or using moral relativism to shrug at both sides of the spectrum, elevates the film into a more nuanced observation about how people consume and spew out their beliefs and the shades of gray that permeate society. What’s more is that it does all of that while still being a hilarious and utterly relatable movie with the potential to become a new Thanksgiving tradition.