Trending
You are at:Home»Entertainment»Movies»Movie Review: Shazam!” 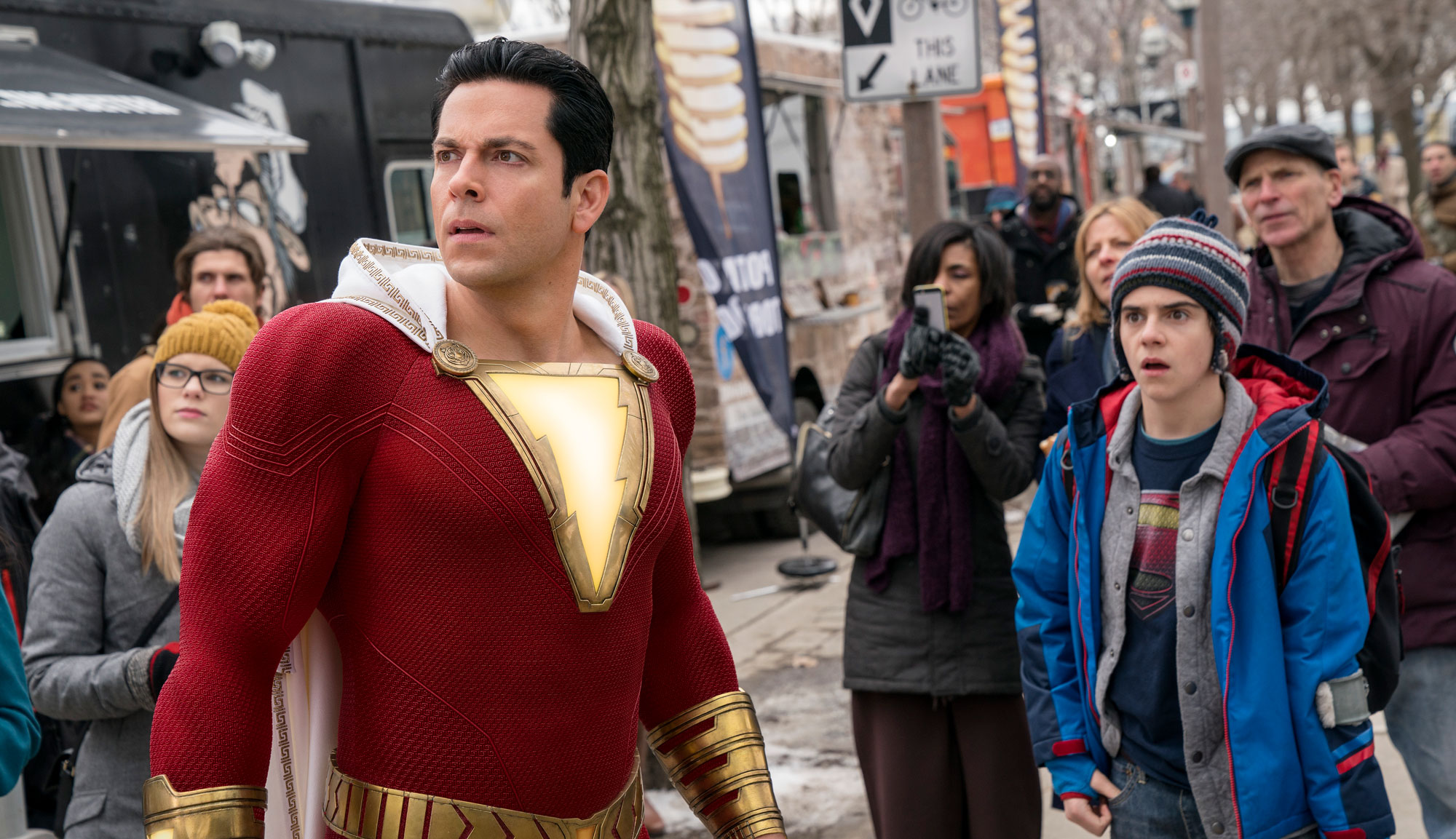 It would not be out of line to say that ever since Christopher Nolan completed his Dark Knight trilogy in 2012, Warner Bros. and DC Comics has been flailing, chasing at the tail of the much larger and vastly more successful Marvel movie juggernaut that has been consistently and comfortably ruling the box office and public perception. In an attempt to provide an alternative and appeal to the older, more sophisticated side of comic book fandom, DC movies have focused hard on the grim and gritty side of the spectrum. The results of this approach have been mixed at best, with even box office successes like “Suicide Squad” receiving a critical drubbing to the point that its sequel is more interested in starting from scratch than doubling down on the tone of the first film. In doing so, some could argue that DC has walled off its film properties from their more wholesome and family-friendly origins. That all looks to change with the release of “Shazam!,” the brand’s first attempt at a kid-focused and colorful movie set in the same universe.

The foundation of “Shazam!” is Billy Batson (Asher Angel), an orphaned kid bouncing around the Pennsylvania foster system as he tries in vain to find his biological mother. Eventually, he lands on the doorstep of Victor and Rosa Vasquez (Cooper Andrews and Marta Milans), who run a group home for a lovable band of castoffs, including video game-obsessed Eugene (Ian Chen), exuberant Darla (Faithe Herman), quiet Pedro (Jovan Armand), determined Mary (Grace Fulton) and the most outgoing personality of the bunch, disabled motormouth Freddy (Jack Dylan Grazer). Freddy immediately takes a shine to Billy, but he’s far more interested in getting away than putting down roots. That all changes when an act of desperation from the wizard Shazam (Djimon Hounsou) imbues Billy with his powers, turning him into a fully-grown, Adonis-like superhero (Zachary Levi). Billy has no idea how to cope with his new body and abilities, so he enlists Freddy (who idolizes and adores Superman) to be his mentor and manager, teaching him the ways of herodom. But things become deathly serious when the evil Dr. Sivana (Mark Strong) arrives on the scene with plans to steal Shazam’s powers and become an all-powerful god.

“Shazam!” seeks to differentiate itself from the crowd of DC movies that came before it by pointedly setting itself in a world where these heroes exist but from the perspective of the regular people who see them as the mythic turned real. For much of the second act, “Shazam!” operates like a combination of “Big” and “Hancock”; it’s about both a boy in the body of a man and a misbehaving hero egged on by Freddy and his love for all things Superman. Levi plays both sides of the equation with aplomb, internalizing Asher Angel’s mannerisms through the lens of the misplaced confidence of a child with power far beyond his maturity. Anyone who watched Levi morph from shaggy nerd to dashing leading man over five seasons of “Chuck” shouldn’t be surprised that he’s leading a major movie franchise now; the only real shock is how long it took him to get there.

Director David F. Sandberg (himself a bit of an odd choice on the surface having previously helmed the horror films “Lights Out” and “Annabelle: Creation”) knows how to get the most out of his young cast. Grazer has the most to do here, with a Fred Savage look and an outsized, brash personality papering over the hurt and the bullying that makes his life so difficult. The other kids in this makeshift family are little more than one major stereotype defining their existence, but each actor makes them feel a bit more dynamic and layered. This is key, as “Shazam!” clearly has some long-term franchise plans, and Sandberg has succeeded in creating a cast of characters that you want to spend time with beyond the two-plus hours they get here. It’s a testament to both Sandberg and writer Henry Gayden that the potential for more stories in this world isn’t met with dread. That’s not something that can be said about most DC movie properties these days. Sure, some of the exposition is rough, and the movie takes some time settling into its tone, but once “Shazam!” hits its stride, there’s no looking back.

Perhaps this is reductive, but it’s notable that the first DC movie to truly entertain without much reservation hews so closely to the Marvel formula that the Zack Snyder-produced films tried to run away from. Even “Wonder Woman” relied too heavily on the drab color palettes and overreliance on slow motion, dragging down its soaring heart. “Shazam!” doesn’t have any of those problems; it’s bright and exuberant, brimming with youthful spirit and bursting with vibrant color. It revels in its comedy and post-modern self-reference, undercutting serious moments with humor like we’ve seen Marvel do for so many years now.

Similarly to so many MCU films, “Shazam!” has an equally uninspiring villain and snoozy battle in its third act (though don’t blame Mark Strong, who commands his nothing role with the poise and gravitas we’ve come to expect from him). However, compared to the DC fare we’ve seen since Snyder took the reins with 2013’s “Man of Steel,” Sandberg has delivered the ultimate breath of fresh air. It remains to be seen whether Levi and his band of misfit brethren will eventually be subsumed into the grimdark fetishism of the wider DC movie machine, but for now, they’ve managed to carve out a pleasant little niche with the most satisfying DC film since “The Dark Knight.”