Trending
You are at:Home»Entertainment»Movies»Movie Review: “Happy Death Day 2U” 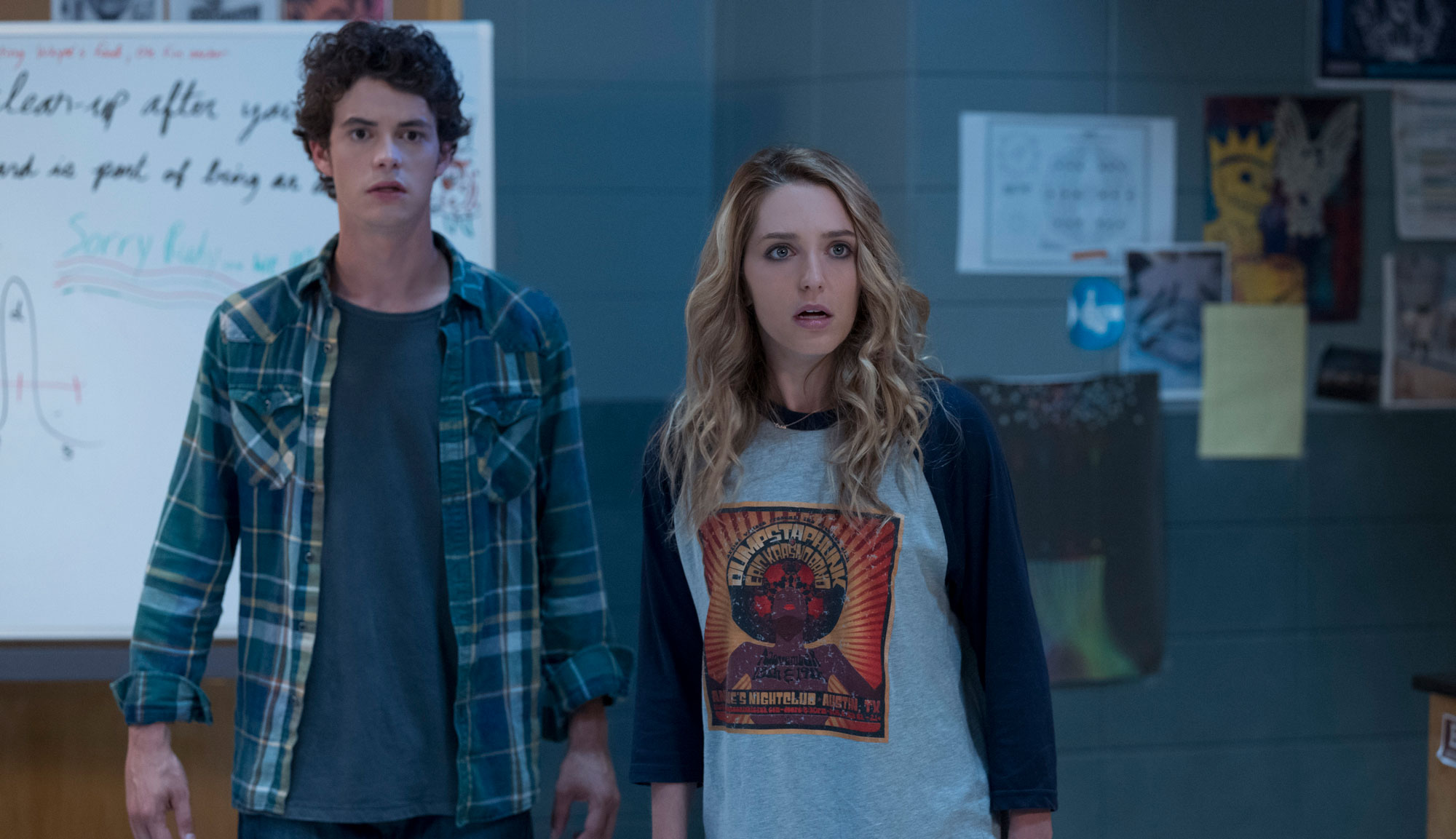 It’s notable that in the 25 years since “Groundhog Day” essentially invented a cinematic storytelling device, plenty of filmmakers have made their own take on the concept but no one has attempted to make a sequel. Whether it’s the Harold Ramis original, the sci-fi tinged “Edge of Tomorrow” or the 2011 thriller “Source Code,” all of these films have been self-contained experiences. It’s easy to see why; these movies are often just as much (if not more) about the gimmick as they are about the characters and their lives, so returning for a second helping is unlikely to have the same impact as the first bite at the cherry. The problem is solved, the protagonist has improved, the timeline has righted itself and everyone goes on with their (now linear) lives.

But Blumhouse Films and director Christopher Landon seem to think otherwise. Landon directed the low-budget horror flick “Happy Death Day” two years ago, marrying the repeating day formula with a coed college slasher. “Happy Death Day” was more about the conceit than the blood (a PG-13 rating will do that for you), but it proved to be enjoyable and successful enough for Blumhouse to bring Landon back for another run. Thus, barely a year and a half later, we see the release of “Happy Death Day 2U,” a chance at finding out whether these eternal recurrences can be more than a one-time deal.

Landon, who’s no stranger to the genre or Blumhouse having written quite a few “Paranormal Activity” films and directed “The Marked Ones,” has also taken over writing duties here from Scott Lobdell. The cast is back in full force, with reformed mean girl Tree (Jessica Rothe) finally freed from her time loop and enjoying blossoming love with Carter (Israel Broussard) only to be pulled right back into the fray thanks to a science experiment run by Ryan (Phi Vu), Carter’s comic relief roommate who has a much larger role to play this time around. Landon twists the plot of “Happy Death Day 2U” into quite the crazy straw, so going any deeper into the setup threatens to spill too many beans, but rest assured there are repeating timelines and killers in baby masks just like the first one, even if everyone seems comfortable to leave the horror trappings a bit more on the sideline this time around.

For Landon and uber producer Jason Blum, nothing is off limits for “Happy Death Day 2U.” It swings for the fences from the very first scene, continually pulling the rug out from under the audience from the Universal logo (which is once again tampered with, just like in “Happy Death Day”) to the mid-credits stinger. They have a good time running through the repeating timeline scenario with someone who’s already lived through it once, immediately springing into action the second she hears the words “Deja vu.” There’s plenty of meta commentary to be found in “Happy Death Day,” and plenty of meta commentary on that meta commentary in “Happy Death Day 2U.” Indeed, the best way to enjoy the second installment is right after a fresh viewing of the first. There are references and retreads galore, but none of it feels tacked on. This thing has gone through the looking glass, folks.

One of the great strengths of Blum as a producer and Blumhouse as a studio is the gleeful carte blanche that comes from operating in a niche market with a strong following and keeping the budgets lean and mean. “Happy Death Day” may have made $50 million, which seems paltry compared to the blockbusters of the world, but on a budget of less than $5 million, that’s a pretty tidy return. This allows Landon to happily and repeatedly jump off the deep end, pushing the concept to its breaking point and well beyond it, all with an impish grin. But what sets this movie apart, much like the original, is Rothe’s ability to carry the surprisingly trenchant emotional baggage that undergirds the tension when called upon. There’s even more of that this time around, with the script veering into some true blue sentimentality for much of its second half. That may seem like a tonal departure, but the way this movie careens from tone to tone and idea to idea while remaining consistent is a testament to Rothe’s skill as a leading lady.

That’s the secret about the “Happy Death Day” franchise. They’re not horror movies. Sure, there’s a creepy figure in a creepy mask with a knife and murder on the mind, but that’s just a Trojan horse to get butts in the seats. “Happy Death Day 2U” makes it abundantly clear that Landon has far more lofty aspirations than the sort of low-budget horror shovelware that Blumhouse is often accused of foisting on unsuspecting audiences. “Happy Death Day 2U” is weird and surreal and ambitious as hell, with a confident and anarchic spirit that capably papers over its at-times clunky dialogue and one-too-many twists in the final act. The mid-credits scene points to a much wilder future for this newly minted franchise – one that clearly indicates that the sky’s the limit and nothing is off the table, and I couldn’t be more excited about the prospect.