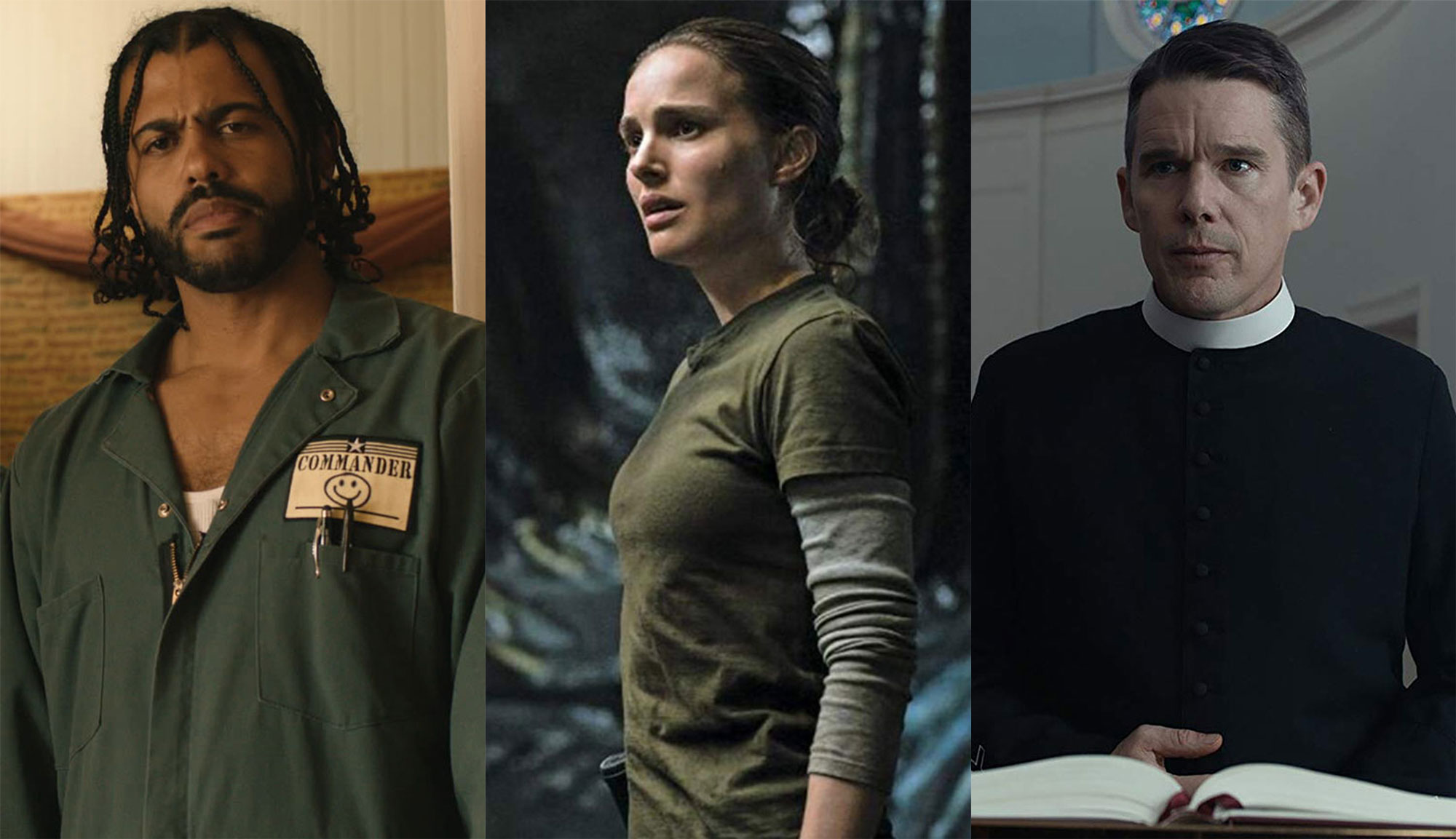 2018 was a garbage dump of a year, nationally (and internationally) speaking. The year was marked with lots of turmoil, with each new day bringing some slice of horrific news or awful development that sought to pull people down into defeat. Despite that (or maybe because of it), it was an exceptional year for film, with many different genres and formats offering up superlative versions that will be long remembered for their performances, prescience and impeccable execution.

It’s always hard to discern between “best” and “favorite” – a necessary divorce in the brain between what is objectively good and what is personally preferred – but in the case of this top 10, it’s ultimately a mix of the two. Probably my favorite movie of the year, the one I have and will revisit most often, is “Avengers: Infinity War” due to its comic book heroics and emotional impact. But that didn’t even make my top 10 (it’s number 21, for the record). It was an incredible year for movies that tackled all number of subjects from previously unconsidered angles to deliver some of the most resonating moments in cinema in a decade.

To coincide with her latest (and thus far greatest) album, multi-threat Janelle Monáe collaborated with directors Andrew Donoho and Chuck Lightning to craft this 49-minute dystopic story of love and identity in the face of repression, suppression and oppression. Each song is cast as a memory or a dream to be purged, allowing for fantastical vignettes that express the concerns and aspirations pressing on the hearts of so many people. If it were 25 minutes longer, it would be on my top 10 list, but it remains too short for feature length. Still, it’s very much deserving to be sought out and watched.

Writer/director Leigh Whannell has taken aspects of cyperpunk, bio-hacking, technophobic paranoia and martial arts mastery and blended them together with the styles of Frank Henenlotter, early James Cameron, Neill Blomkamp and the Wachowskis at their most cynical to arrive at “Upgrade.” Despite all of those influences and similar vibes, Whannell’s film feels wholly unique and viscerally entertaining while still containing more than enough substance to contemplate. The film’s not-too-distant future world is well defined and the visuals achieved on a small budget are impressive, making this a movie that sci-fi and action fans will be checking out for many years to come.

With every Marvel and DC adaptation, critics have been quick to declare that it feels just like reading a comic book. Whether it’s the split screens of Ang Lee’s “The Hulk,” the direct imagery of Zack Snyder’s “300” or the interconnected event storyline of “Avengers: Infinity War,” people find ways to say that Comic Book Movie X is akin to the experience of the source material. For me, no film really achieved that until Bob Persichetti, Peter Ramsey and Rodney Rothman directed this incredible animated adventure. Yes, a large part of that is the design, which is filled with hyperactive captions, stylistic panels, Ben-Day dots and other elements specifically calling back to the character’s paperback origins. But it’s also because the story is crazy, with constant surprises and weird turns that never feel sudden or sloppy but instead bring viewers deeper into the movie. “Into the Spider-Verse” has a great story to tell, a subtle but important message to impart, an unequaled amount of energy and also looks great doing it. For me, that is the feeling of reading a great comic book – being lured into another universe, unsure what will happen next but loving every second of it.

If “Into the Spider-Verse” is escapist fun, then “Eighth Grade” is the exact and total opposite of that. First-time writer/director Bo Burnham’s immersive plunge into the worst time in most people’s lives (developmentally speaking), is raw and natural and all too familiar. It doesn’t matter if the viewer is demographically different than Kayla (incredible star Elsie Fisher) because those awkward emotions, miniature heartbreaks, aspirational dreams and socially crippling moments have all befallen us at one time or another, and it evokes the greatest sympathy and empathy as audiences are reminded of the particular trauma of adolescence. At times funny, painful, depressing and uplifting but always human and real, Burnham’s film is a testament that this too shall pass… but it will suck a bit until then.

I didn’t think much of “Mandy” when I left the theater. I appreciated parts of director/co-writer Panos Cosmatos’ psychedelic ode to love and metallic descent into blood-soaked hell, but whether it was the odd structure (essentially two acts with a very long opening salvo) or simply overhyped, it didn’t do much for me. But over time, I found myself thinking about certain scenes, lines of dialogue, particular shots and the brilliant use of Jóhann Jóhannsson’s incredible (and sadly final) score. The movie had wormed its way into my brain, and I realized that I was entranced by this story of romance, relapse and rage that was seemingly born out of cover art from the darkest recesses of a forgotten video store in the ’80s. It’s a singular work that changes meaning upon each viewing but remains truly sincere no matter how outlandish it gets.

First-time filmmaker Boots Riley, in triple capacity as writer/director/composer, emerges as a totally unique voice with this radical commentary on American society. Taking aim at capitalism, race, the military industrial complex, social inequality, viral celebrity, marketing and a host of other problematic areas designed to keep certain people in certain places, “Sorry to Bother You” is a crazy movie. It’s most akin to Terry Gilliam’s “Brazil” by way of Spike Lee’s “Bamboozled” and a pinch of Mike Judge’s “Idiocracy,” although even that is a failure to truly capture how original, brazen and gonzo the film is without ever feeling disconnected or shocking for the sake of shock value. Riley does want people to be outraged, but he does so through an absurd yet logical reflection of the steady decline of humanity in a world where everything is a commodity – even one’s soul.

Working from a short story by Jonathan Ames, writer/director Lynne Ramsay crafts a powerful look at the way violence and trauma stains the skin before settling into the spirit of a person who’s trying to navigate this world while carrying with him so much pain and anger. An incredible lead performance by Joaquin Phoenix anchors this descent into a grimy underworld where a flawed man of violence must become an instrument of righteous retribution. It’s a film that meditates on salvation and redemption, uncertain if either is possible or even desirable. It’s a gut punch of a movie that is brimming with confused emotions as its hero attempts to exist in a world where his only gift is pain.

This biographical documentary could have simply settled on examining the life and thoughts of its subject, Fred Rogers, and been a refreshing and interesting watch on its own. But what makes Morgan Neville’s film work so well is its ability to weave in historical elements, social changes and theological and philosophical questions through the lens of the celebrity children’s show host. By bringing together many disparate elements through the doorway of Mister Rogers, the filmmakers invite the audience to look at themselves and their own lives and choices, and reflect on what is best in life. Much like Rogers himself, the message is deceptively simple and easy to dismiss, but when faced with the true audacity of spreading love and comfort, it can be a transformative experience.

There is probably no better foil in all of the arts than God. Whatever belief system the artist has, there comes a time when being a creator (through art, parenting, whatever) invokes a renewed sense of questioning, anger, frustration and maybe even sympathy with the Almighty. Writer/director Paul Schrader returns to the heights of his abilities with this somber meditation on the role of religion through the eyes of a slowly crumbling holy man (Ethan Hawke). What Schrader does brilliantly is that there are no easy answers, no simple casting of X as right and Y as wrong. Instead, he shows multiple angles to the same questions and wonders where the truth lies. Religion is silent on climate change and matters directly affecting people, but it can still be a great comfort in the darkest of times. That hard-to-navigate line between the power and impotency of faith strikes to the core of a man looking back on everything he once believed and still finding uncertainty after all these years.

“Blindspotting” is arguably the film that people are least aware of on this list, and that’s a shame, as it’s an incredible document of this exact moment in time that weighs out pressing social issues in a human way, and all done with style to spare. Director Carlos López Estrada, working from a script by stars Daveed Diggs and Rafael Casal, has crafted a touching story that is about a town at a crossroads as it loses its identity to gentrification and a friendship at a turning point as the grim realities of this world press ever harder. Race, police brutality, classism, music, violence, love, hate, revenge – all of it swirls together but never seems too heavy or didactic. The filmmakers don’t make light of the situations but keep the movie breezy through effective character work and excellent deployment of humor. A combination of “La Haine” and “Friday” (with a pinch of “School Daze”), “Blindspotting” is hilarious without being heartless and remains a thoughtful contemplation of the times in which we live.

An ode to the works of Andrei Tarkosvky, a half-remembered dream of identity, a meditation on cancer and the true nature of life – writer/director Alex Garland (working from his recollection of Jeff VanderMeer’s novel) delivers a heady bit of phantasmagoric sci-fi with “Annihilation.” The film’s descent into another world co-existing within our own is a journey towards destruction through new life. It is a constant and sustained bit of paradoxical facts, where life equals death equals life, and things are being refracted just wrong enough to alert others that something is out of whack. A beautifully shot and realized film with compelling characters navigating a swampy fever dream oozing with atmosphere, “Annihilation” is a close look at the universe’s Big Questions while still working as a “Heart of Darkness” story with women on a mission to get answers. It is thrilling, wondrous, frightening, dazzling, upsetting and beautiful, all depending on how you approach the moment. An exquisite contemplation on life and death, identity and the soul, “Annihilation” is a classic that will be revisited and dissected for generations to come.

Tags: 2018 Year End Movies, Annihilation, best films of 2018, best movies of 2018, Blindspotting, Eighth Grade, First Reformed, Mandy, Sorry to Bother You, Spider-Man: Into the Spider-Verse, Upgrade, Won't You Be My Neighbor, You Were Never Really Here