Trending
You are at:Home»Entertainment»Movies»Movie Review: “Spider-Man: Into the Spider-Verse” 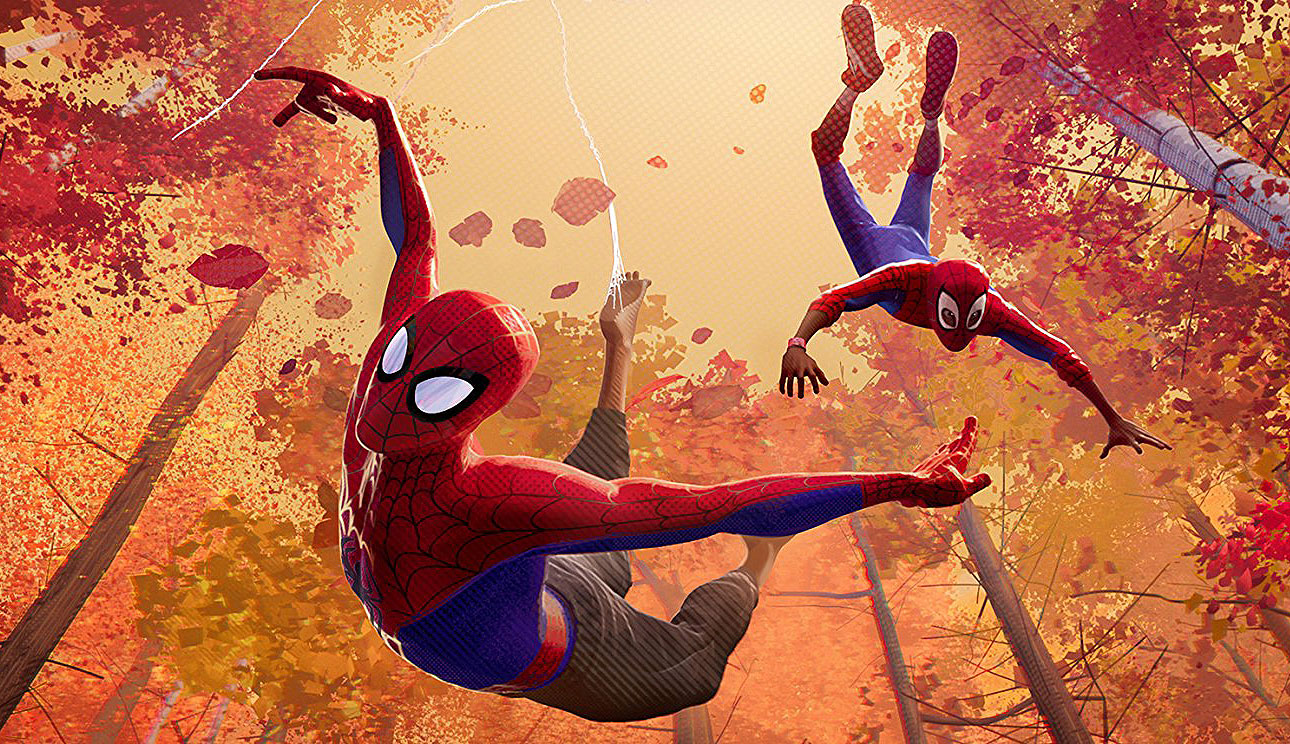 There are sensations in life that immediately flash our brains backwards in time to when things were different for us. These time-traveling mind explosions are usually triggered by some sort of sensory experience—eating a particular dish, hearing a certain song, smelling a signature scent—that rejuvenates and rekindles a part of ourselves that have long laid dormant. “Spider-Man: Into the Spider-Verse” had one such effect on me. It didn’t remind me of a specific day from my youth, but it flooded my heart with the excitement and energy of when I was bursting with imagination and a sense of wonder. Directed by Bob Persichetti, Peter Ramsay and Rodney Rothman, the animated adventure crackles with wit, hilarity, color, speed and an exuberance of madcap inventiveness like a child playing pretend in a sandbox.

Visually speaking, “Into the Spider-Verse” is unlike anything else being made today, immediately hooking in the viewer and constantly rewarding them with unique and beautiful creations. All of these elements, on top of its stirring message of defining a hero, merge together in spectacular fashion to create a singular cinematic experience that will leave audiences laughing, dazzled and their minds expanding like they once did many years ago.

Miles Morales (Shameik Moore) is an ordinary Brooklyn teenager who’s more interested in street tags and hanging out in his neighborhood than excelling at his charter school. His dad Jefferson (Brian Tyree Henry) is a uniformed police officer that wants a better life for his son. One night, Miles stumbles upon an underground lair where he is bitten by a radioactive spider and soon sees his superhero idol Spider-Man engage in a battle with the Green Goblin inside some large machine. This is all an experiment funded by the Kingpin (Liev Schreiber), who kills Spider-Man for trying to stop his scientific schemes… but not before the costumed crimefighter sense Miles’ new powers and asks the teen to stop the villain’s plans. The world is still mourning the death of Spider-Man and his alter ego, Peter Parker, when Miles is confronted by another version of Parker (Jake Johnson), a lumpier one from another dimension. Before long, other Spider-heroes from different dimensions start showing up in Miles’ world, and they all must team up to stop the Kingpin’s plans from tearing the world apart.

Not enough can be said for how gorgeous and unique the animation is in “Spider-Man: Into the Spider-Verse.” The aesthetic is a collision between comic books, pop art, graffiti, anime and video games that sounds busy and awful but produces some truly inspiring visuals and sequences. This particular sense of style immediately injects the movie with its own vibe and gravitational pull as viewers’ eyes can’t help but take in all of the inventive action or beautiful framing. Subtle Ben-Day dots, “Batman ‘66”-esque sound effects and narrative captions harken back to the actual feeling of a comic book but with a renewed energy that comes across less like an awkward transplant than a feeling of being sucked into this parallel dimension of amazing sights.

All of the vocal performances are pitch perfect. Moore shines as the troubled teenage Miles and Johnson is hilarious as the schlubby loser version of Peter Parker, but there’s even more fun to be had with the other Spider-heroes, including Spider-Gwen (Hailee Steinfeld), Spider-Man Noir (Nicolas Cage), Peni Parker (Kimiko Glenn) and her robot, and of course, the spectacular Spider-Ham (John Mulaney). There are hilarious, rapid-fire interactions as these differing styles clash, and a true sense of character is quickly established simply with the visualization and a line or two. It’s one of the funniest films released this year, with an abundance of character-based comedy and more than a few references for fellow nerdy travelers.

But that laughter doesn’t cover up the heart of the story, which is that anyone can be Spider-Man; it’s not just about the good-looking guy we all know. Any type of person (or porcine) can be behind that mask if they are willing to step up to the plate and do the right thing in the face of insurmountable odds. It’s a cheesy moral but nonetheless a unique and empowering approach that reminds everyone watching that the core of the Spider-Man myth — what has made the legend of the character work for over 56 years — is that people see themselves in the superhero. Spider-Man is flawed, often overpowered and constantly trying to balance his dual lives, but he chooses to do the right thing, and all with a quip, no less.

“Spider-Man: Into the Spider-Verse” is a triumphant love letter to superheroes, comic books, imagination and youthful exuberance. When comic book movies began in earnest in the ’90s, studios were trying to figure out how to make it as palatable as possible for general audiences to accept these characters. Leather outfits and “grounded” stories led the charge so as to not freak out viewers with how weird and convoluted things can get in the source material. After about 20 years of conditioning, movie watchers are now trained enough to accept this explosion of complete weirdness with superheroes, mutant villains, alternate dimensions and an anthropomorphic talking pig. It’s been a long journey in cinemas and in the comic books themselves, but “Spider-Man: Into the Spider-Verse” succeeds against the odds. A culmination of all these elements and aspects working together, “Into the Spider-Verse” is an exciting expression of love and adventure that will remind viewers of the unlimited potential of their imaginations and the rush you experience when being exposed to something wonderfully new.