Trending
You are at:Home»Entertainment»Movies»Movie Review: “BlacKkKlansman” 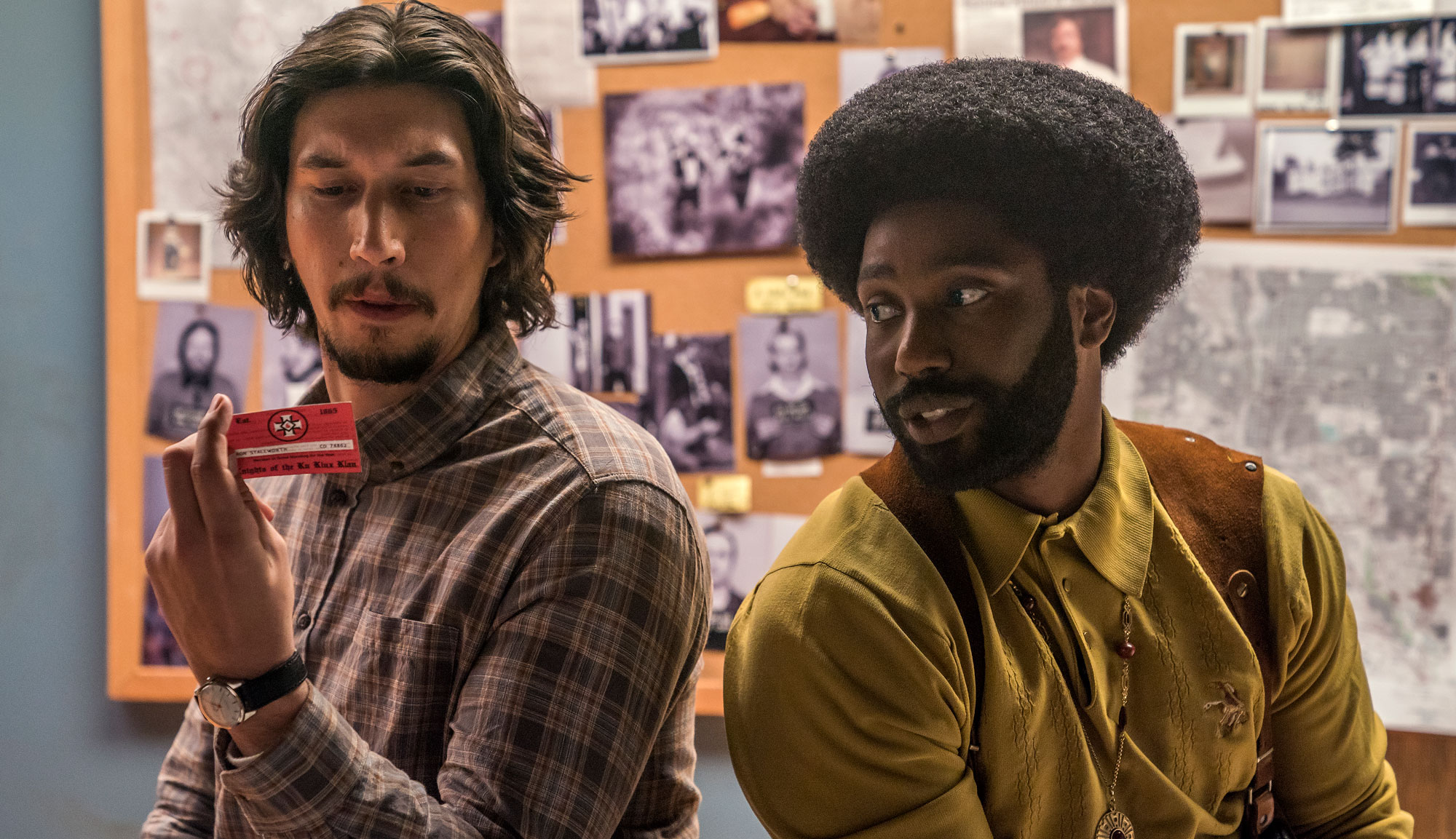 If you’re looking for subtlety in a Spike Lee movie, you’re probably barking up the wrong tree. That’s apparent just looking at the poster for his newest film, “BlacKkKlansman.” It features a black man in full 1970s Blaxploitation regalia wearing a KKK hood with an afro pick in his right hand and his left hand raised in a fist of power. The tagline? “Infiltrate hate.”

“Dis joint is based on some fo’ real, fo’ real sh*t” is Lee’s tongue-in-cheek update of the standard “Based on a true story” title card at the beginning of a biopic. And the story of “BlacKkKlansman” is indeed a true one, following the undercover work of Ron Stallworth, the first black police officer in the Colorado Springs Police Department. In the film, Stallworth (played by John David Washington) joins the force after seeing a billboard inviting black men to apply. He is quickly assigned to attend a black power rally undercover, where he meets Patrice (Laura Harrier), the president of the Black Student Union, event organizer and radical proponent of black rights. He bristles at her fiery condemnation of police (Washington winces ever so slightly every time she calls them pigs, unaware of his actual day job), but her revolutionary ideas spark something inside him. It’s not enough just being the first black police officer in Colorado Springs; he can do so much more.

It’s at this point he stumbles across an ad in the local paper inviting people to join the Ku Klux Klan. And just as quickly, he picks up the phone and denigrates his own race to a voice with no clue that he’s talking to his sworn enemy. They like him. They want him to join. And they want to meet him in person. That last part proves problematic, but with the blessing of his commanding officer, Stallworth hooks up with seasoned detective Flip Zimmerman (Adam Driver) to play the face to his voice. And there we have it: a black man and a Jew infiltrate the KKK. And it all really happened. It’s tough to imagine a better director than Spike Lee to bring it to the screen.

In due time, Stallworth finds himself on the phone with the Grand Wizard of the KKK, David Duke (Topher Grace, calm and assured in his monstrosity). Duke’s aim in all of this is to make the KKK a more palatable, acceptable-to-the-mainstream sort of hate group. He’s not really a Grand Wizard – he’s the “National Director.” And he doesn’t wear white robes and pointed hats, but rather suits and ties. He shows interest in Stallworth and his local chapter, a cell of white supremacists representing an intriguing mix of the old and the new. The crazy and violent backwoods hicks who shoot minstrel caricatures for target practice and hoot and holler at a screening of “Birth of a Nation” seem at odds with the more lowkey cosmopolitan types who want to live in a world where overt white supremacy is accepted as an ideology of respectable people who don’t have to hide in the shadows.

Washington, his afro a perfect halo, is the ideal leading man for a Spike Lee joint. He’s perfectly at home amidst the heightened style as well as the serious turns that cut through and make you choke on your laughs. Driver continues to be one of the most magnetic stars working today, hesitant at first to go along with Stallworth’s scheme until he sees the true depth of malice in the group in which he needs to convince he belongs. Fans of last year’s “I, Tonya” will certainly recognize Paul Walter Hauser, who in just two films has managed to corner the market on oversized bumbling idiots who steal every scene but aren’t one-dimensional comedy sketches. He’s aces here once again.

When Washington is front and center, the movie has the swagger of the types of Blaxploitation films and characters that Stallworth discusses with Patrice as their relationship deepens. Things take on a far more sinister tone when the focus shifts to Flip in the field, walking the razor’s edge surrounded by lunatics brandishing loaded guns and discussing their hatred of Jews and blacks without knowing that they’ve been talking to a black man on the phone and inviting a man named Zimmerman into their houses. And as some of the more unstable members of the chapter plan an attack on an event attended by Patrice, the stakes ramp up quickly in the third act.

The way Lee juggles tone throughout “BlacKkKlansman” is a sight to behold. It’s as funny as it is tense, using the Blaxploitation angle to lighten the mood before shoving frighteningly real, racism-fueled violence and rhetoric right in your face when you think you’re having a good time. That’s a hallmark of Lee’s work, but this is the strongest his authorial voice has been in some time. It’s the most high profile film he’s made since Donald Trump became president, and it is not at all a stretch to see this as a direct and pointed reaction to the new status quo in America. “BlacKkKlansman” is a radical movie for a radical time with a radical director at its helm. Much ink has been spilled on films that seem like a reaction to Trump, be it “Get Out” (Jordan Peele is a producer on this movie) or “The Post,” but Spike Lee takes things head-on in the way only he can. “BlacKkKlansman” is rousing and terrifying in equal measure – a true story from nearly 40 years ago that’s still depressingly prescient in the modern day. Those who cannot remember the past are indeed condemned to repeat it.