Trending
You are at:Home»Entertainment»Movies»Movie Review: “Halloween” 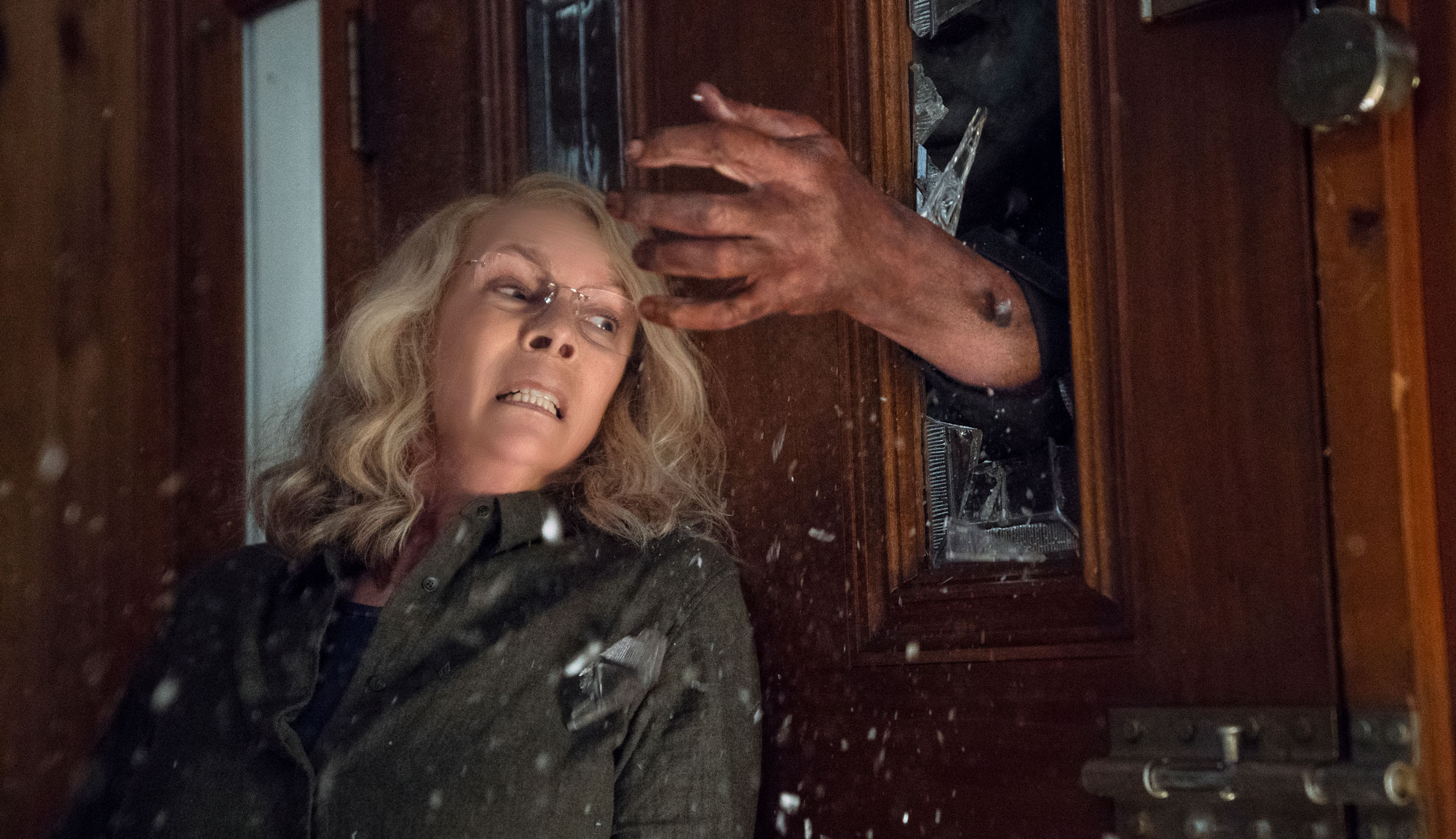 People are just beginning to truly understand trauma and its effects on those who suffer it. In fact, post-traumatic stress disorder (PTSD) is a fairly recent term, coined in 1978 to describe issues previously waved away with inexact phrases like “shell shock,” “gross stress reaction” or “scarred for life.” PTSD rose in prominence and acceptance due to the huge numbers of soldiers returning from Iraq and Afghanistan who suffered from it, though it’s not limited to warfare or veterans. Survivors of sexual assault, violent crimes and other horrific ordeals carry around their past experiences at all times, triggered in unanticipated ways that impact their lives to varying degrees.

Film has often dealt with trauma, even before the classification of PTSD, with titles like “The Best Years of Our Lives.” But it’s only fairly recently that the horror genre has tackled what it means to survive a harrowing experience and what it does to those in the aftermath with movies like “Last Girl Standing” or Rob Zombie’s “Halloween II.” The latest relaunch of the “Halloween” franchise, directed by David Gordon Green and written by Green and Danny McBride, eschews all the other follow-ups to John Carpenter’s original to tell a story about how traumatic experiences reverberate through decades and even generations.

Forty years after Michael Myers killed five people in Haddonfield, Illinois, the former masked killer is now an old man in a maximum security psychiatric institute. His would-be victim, Laurie Strode (Jamie Lee Curtis), still suffers from the effects of that night, living in her own type of cage surrounded by weapons and fearful for her safety. She has become estranged from her daughter Karen (Judy Greer) and is trying to build a relationship with her granddaughter Allyson (Andi Matichak). A series of events leads to Myers breaking free on the eve of Halloween and terrorizing his old hometown once more. Laurie desperately tries to track him down and put an end to his evil once and for all, but she must also protect her family from this unstoppable killing machine.

“Halloween” is an interesting entry in the horror franchise. Despite the title, it’s not a remake of the 1978 original but rather a sequel that pretends the other installments never happened. The last reboot in the series, “Halloween H20” (which also starred Curtis), at least included “Halloween II” in its canon. For casual fans of the franchise or people who are only seeing the 2018 movie, this won’t be a big deal or noticeable in any way. Green and McBride do a good job of recapping the salient points of the first “Halloween” and then launching into an entertaining slasher film that is also a meditation on traumatic effects. But for anyone who has seen previous installments, a lot of the movie will feel like an awkward remix of shots, shout-outs and lines of dialogue pulled from the various sequels and reboots. It’s a tenuous position to be in for the filmmakers, because they need to prove to horror fans that they know their stuff by including these specific nods while also appealing to casual viewers with something that doesn’t rely on references or a continuation of any mythology. It’s a hard balance to strike between fan service and delivering a standalone story, and far too often, it feels like the filmmakers are undecided about which direction to go.

There’s also a twist late in the game, though it’s really just a plot device to assemble the characters for an exciting climax. This development is poorly set up and not very well executed; it barely makes sense in the moment, and audiences will have to rationalize it after the credits roll. It’s not a giant leap or something that derails the story, but it is poorly plotted and sticks out awkwardly from the rest of the film, which has been tightly conceived.

Those elements aside, “Halloween” is an engaging, brutal, creepy and occasionally hilarious horror film. All of the actors, including Will Patton as a local police officer and Toby Huss as Karen’s husband, deliver great work, covering the emotional gamut while feeling natural and very relatable. It’s a wonder to see Curtis inhabit the role again, stepping into Laurie’s shoes once more but in a different manner. The character is written and performed beautifully; she’s a flawed person who is still broken in many ways but also contains a well of strength in the face of evil. The fact that her pain and anger have caused so many problems in her life and with her loved ones is a sad but recognizable facet of her traumatic experience. The filmmakers take great care not to paint Laurie as a misunderstood genius or a basket case but instead as someone whose life was forever altered in ways she may never understand due to her violent encounter.

“Halloween” is a perfectly fine and entertaining film. There are some missteps in the plotting, and some of the elements feel overreferential (or at least like it’s been done before), but it’s nothing that lessens the impact of its story. Ultimately, though, Green has created a movie that is about those singular awful moments that may only last a few minutes or hours but will stay with people for years and even filter down through generations. The movie doesn’t gloss over the effects of that night in 1978, allowing Laurie and those around her to be permanently and deeply scarred by it but also expand and provide depth as she finds ways to reclaim her life from this shape that has haunted her for 40 years. It’s a powerful and unfortunately topical message that resonates loudly and will be revisited constantly for that reason.