Trending
You are at:Home»Entertainment»Movies»Movie Review: “A Wrinkle in Time” 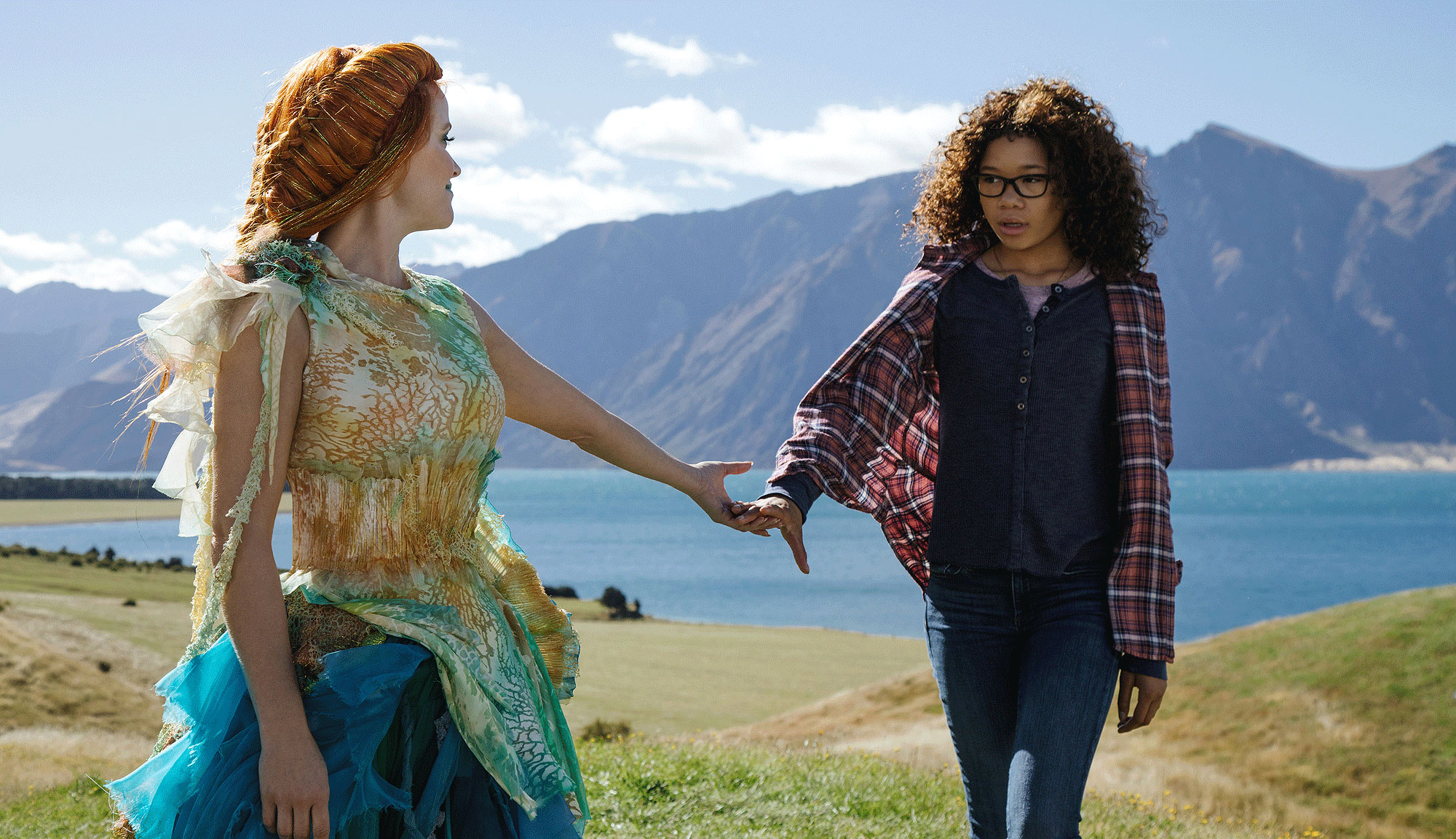 Watching the beginning of “A Wrinkle in Time” felt eerily similar to watching 2017’s film adaptation of “It,” in that the film was enjoyable but in a bubble, a product of its time. I was dragged kicking and screaming into the present the next day, when a high school classmate of mine expressed concern that the filmmakers were going to ruin the last two chapters of the book in order to make political statements.

And that broke my heart, because 10 years ago, no one was asking me that question. And now I’m concerned that people are going to look for political statements here, and here’s the thing about that: if you go looking for problems, or an agenda, you’ll find one every time, whether or not one actually exists. For example, when one character tells another to “Resist!” (it’s really the perfect word for the moment), is that going to serve as some dog whistle that this is somehow liberal propaganda?

Whoever decided to shoehorn weaponized politics into all other aspects of life, be it pop culture or sports, can go fuck themselves. They’ve ruined everything.

But I’ll be damned if I let that ruin this movie for me, especially when the film itself does a pretty decent job of doing that on its own. Well, ‘ruin’ is a strong word; there is magic here, but there is also distance, and not of the time-and-space-traveling kind. This film has dozens of emotional beats, but only a handful of them hit the mark.

Meg Murry (Storm Reid) has been a lost soul since her brilliant father, physicist Alexander Murry (Chris Pine), disappeared four years ago. She is bullied at school and has given up on applying herself. One night, Meg’s little brother Charles Wallace (Deric McCabe), who has a genius intellect and perhaps a touch of telepathy, invites Mrs. Whatsit (Reese Witherspoon), dressed head to toe in a neighbor’s bed sheets, into their house. Mrs. Whatsit tells the family that their father’s theory of a tesseract, the phenomenon of folding space and time, is real.

Later, Charles Wallace leads Meg and Calvin (Levi Miller), a popular kid mysteriously drawn away from his homework to find them, to meet Mrs. Who (Mindy Kaling) in an abandoned house. It is decided there that Mrs. Whatsit and Mrs. Who, in addition to Mrs. Which (Oprah Winfrey), will help Meg and Charles Wallace find their father, who is trapped on a planet that has been taken over by the IT, a malevolent force that intends to consume the universe in a cloud of darkness and fear.

Novel purists will find much to complain about, as several changes were applied in the jump from film to screen, but few if any of them are what we would consider dealbreakers. The jock twins Sandy and Dennys? Gone. Charles Wallace? Adopted. (That might seem random, but it has a big payoff later.) There are other changes as well, but we won’t discuss them because a) spoilers, and b) the source material turns 56 years old this year. Is a verbatim translation really what we want, especially when, in the book, Calvin repeatedly refers to Charles Wallace as a moron because he didn’t start speaking until he was 4 years old? Best of luck with selling that version to a modern-day audience.

Storm Reid is difficult to, um, read as an actress. As emotionally cut off as Meg is, Reid is also quite chill even when triggered. It’s obviously better to underplay a role than to overplay it, but that comes at the cost of establishing an emotional bond with the viewer. In fact, there isn’t a single lead in the film that lands much in the way of an emotional punch, which is doubly frustrating when the film contains some powerhouse actors and the moral of the story is the importance of choosing love over hate.

The bits the film gets right, though, it gets so, so right. Watching one character use a web of lies wrapped around a kernel of truth to weaken the resolve of another is chilling. It feels like we’re watching a hardcore hostage interrogation. Showing the secret lives of the “perfect” kid and the bully girl give the story much-needed empathy, and they pulled a great stunt with Mrs. Who’s dialogue that’s too good to give away.

One word of caution to parents of young children, though: there are two genuinely creepy scenes in this movie, which led one younger audience member to leave the theater sobbing. If your kids are 6 or younger, wait until this hits home video (smaller screen and lower volume make a big difference), or maybe even wait a couple years.

Certain properties are harder to update than others. Heck, this is Disney’s second attempt at adapting “A Wrinkle in Time” (they made a TV movie version in 2003), so even Disney knows that this is a tough nut to crack. It’s clear why they want to turn this into something bigger; it’s brimming with hope and positivity, but at the same time they’re making this film for kids who have access to decades of episodes of “Doctor Who,” a show that in its infancy was rewriting the rules of sci-fi — and therefore leaving much of what drives the plot of this story in the dust — before the Beatles released “Sgt. Pepper.” “A Wrinkle in Time” is both relevant and dated at the same time. As long as the kids recognize that, it’s all good.