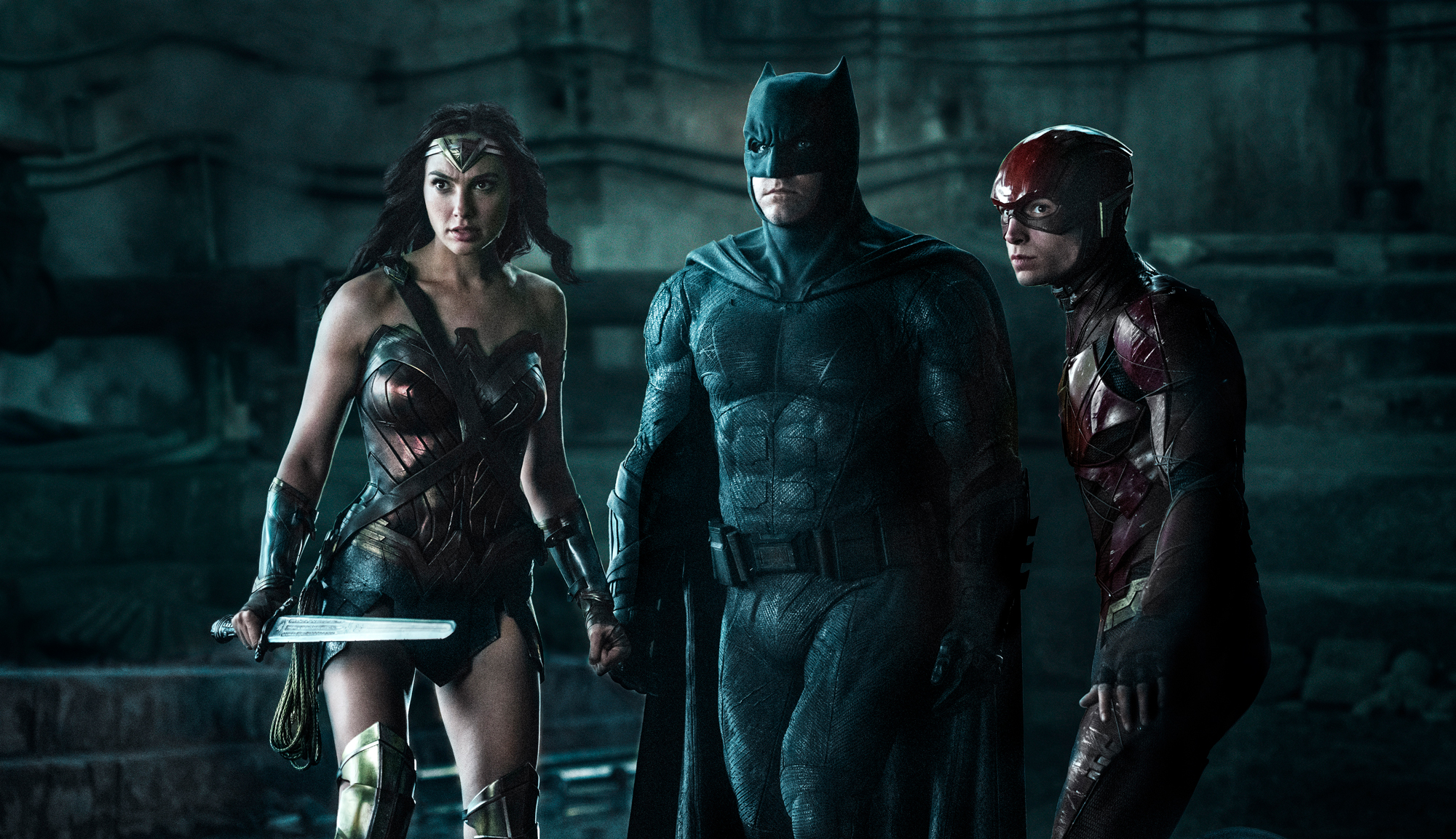 As Marvel Studios enters the final stretch of its unprecedented (and largely successful) cinematic experiment, DC’s own series of interconnected movies is still working out the kinks. Though this year’s “Wonder Woman” was an encouraging sign of progress, “Justice League” is a frustrating step backward that, while not as disappointing as “Batman v Superman” and “Suicide Squad,” hasn’t been able to completely eliminate the stench of bad decisions made during the DCEU’s misguided inception. It’s certainly an improvement, most notably the lighter tone that co-writer Joss Whedon brings to the project, but it’s also not as good as it should be. “Justice League” is simply okay, and though that may seem like a win in some regards, Warner Bros. should be setting its sights higher.

The world is still mourning the loss of Superman (Henry Cavill) after his heroic death at the hands of Doomsday, and Bruce Wayne (Ben Affleck) can’t help but feel somewhat responsible. He knows that an even bigger threat is looming and has begun recruiting a new group of heroes to fight in the war to come. What he doesn’t realize is that it may already be here in the form of Steppenwolf (Ciarán Hinds), a god-like being who arrives on Earth in search of three ancient devices called Mother Boxes with the power to wipe out the entire planet. But despite the efforts of Bruce’s newly formed team – including Amazonian warrior Diana Prince/Wonder Woman (Gal Gadot), snarky speedster Barry Allen/The Flash (Ezra Miller), cybernetically-enhanced human Victor Stone/Cyborg (Ray Fisher) and the reluctant heir to Atlantis, Arthur Curry/Aquaman (Jason Momoa) – they’re unable to stop Steppenwolf on their own, leading Bruce to consider the possibility of resurrecting a certain Kryptonian.

That’s hardly a spoiler, as a “Justice League” movie without Superman isn’t really a “Justice League” movie at all, but director Zack Snyder wisely doesn’t rush his return. Instead, he spends the first hour just getting the film’s new heroes into the same room together, and although the end result is worth it, the execution itself is pretty sloppy. The reason that “The Avengers” worked so well is because audiences were already familiar with most of the characters, with a majority of the legwork done in the previous standalone films. “Justice League,” on the other hand, doesn’t have that benefit and is tasked with introducing three new main characters (as well as supporting ones like J.K. Simmons’ Commissioner Gordon) without being given adequate time to really get to know them. You get the gist of their various backstories through some forced exposition, but Flash, Aquaman and Cyborg don’t feel like fully-developed characters.

Fortunately, Miller and Momoa are having so much fun in their roles that it doesn’t really matter. Miller adds much-needed comic relief to the proceedings, while Momoa oozes swagger as the resident badass of the group. They’re easily two of the film’s biggest highlights, along with Gadot’s assured performance as Wonder Woman. In fact, Fisher’s Cyborg is the only character who doesn’t really work on screen; he has zero personality and is hampered by shoddy visual effects. It’s also a shame that Snyder couldn’t find a more compelling villain for his heroes to fight, because Steppenwolf is perhaps the dullest bad guy that DC has ever created. He’s a completely CG character who looks like he walked straight out of a video game, an issue that has plagued the last three DC films, including the otherwise excellent “Wonder Woman.”

Despite the overwhelming blandness of Steppenwolf and his army of insect-like Parademons, however, the action sequences are mostly enjoyable thanks to the diverse blend of personalities involved. It’s great to see these superheroes interact and actually having fun for once (especially Batman, who has loosened up considerably since his last appearance), and that goes a long way in saving the movie as a whole. It still has some major story and editing problems, and fans will have a field day trying to distinguish Snyder’s material from the reshoots that Whedon oversaw, but “Justice League” has just enough good to combat the bad, ultimately squeaking by on the promise that the next time will be even better.