Trending
You are at:Home»Entertainment»Scary Movies for Super Wimps 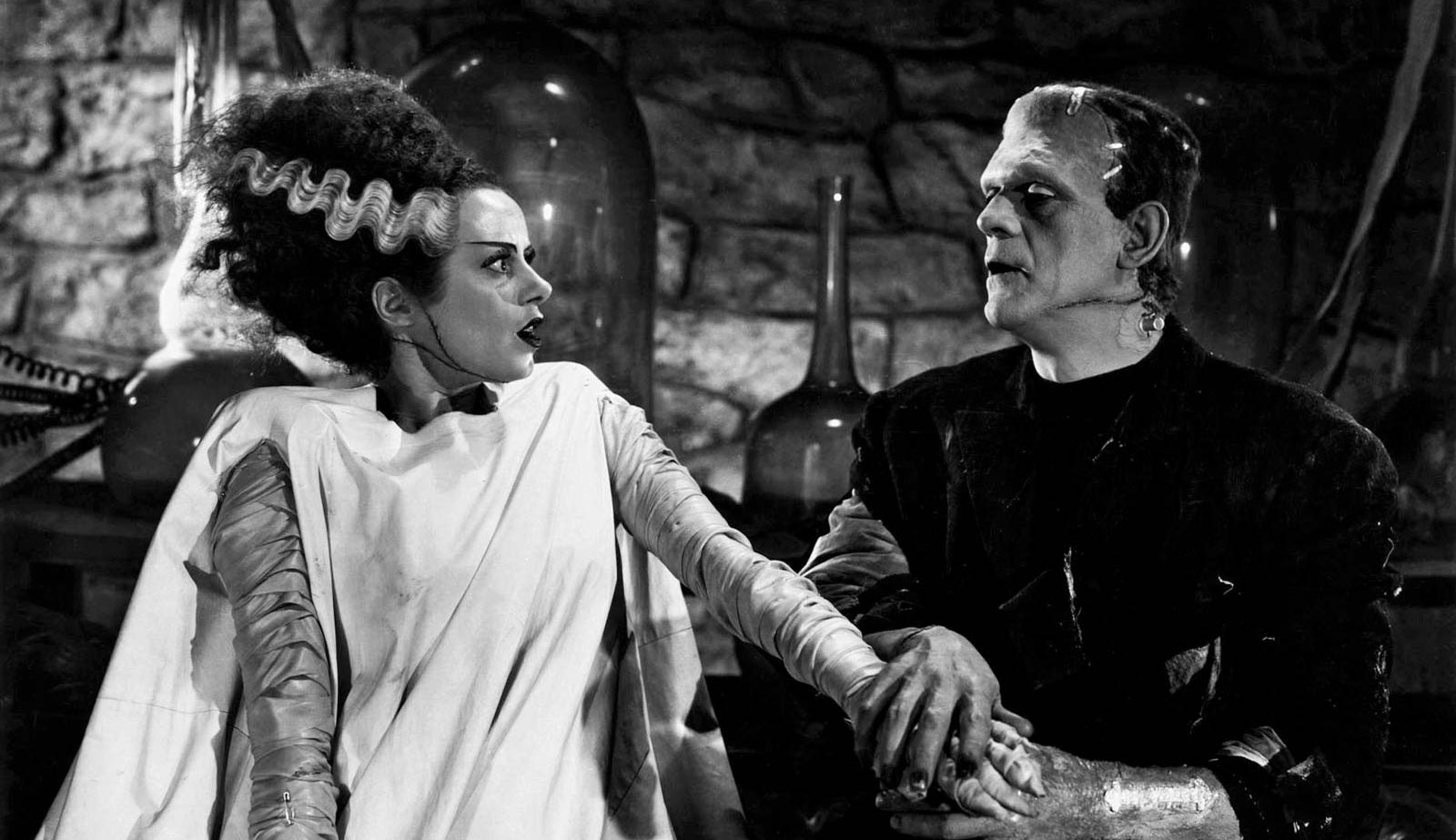 I began life as a pretty awful scaredy-cat. Not long after the time my mother lost patience one day at Disneyland and all but forced me to go on “The Haunted Mansion,” a flip switched in my brain and I learned that just the right amount of scary could be fun. I began to watch the classic Universal monster movies on afternoon TV and found that creature features from the 1930s and 1940s like “Frankenstein Meets the Wolf Man” and “Murders in the Rue Morgue” (in which the monster was a guy in a gorilla suit), were just the right level of scary.

Meanwhile, in movie theaters audience members were literally fainting on a fairly regular basis at “The Exorcist,” which was the first true blockbuster and real force at the Oscars that year — a real first for the genre. On the grindhouse and drive-in circuits, double bills of “I Drink Your Blood” and “I Eat Your Skin” were carrying on the splatter tradition begun some years prior by Hershell Gordon Lewis. Meanwhile in Italy, Ruggero Deodato’s notorious “Cannibal Holocaust” basically invented the “found footage” genre and nearly got its director imprisoned. (Since the film featured real animal deaths, a lot of people today would be okay with that.)

In 2013, Eli Roth released “The Green Inferno.” Named after the film within a film from “Cannibal Holocaust,” it featured a number of moments that were almost too gross to even read about it. While such splatter classics as the original “Dawn of the Dead” were basically certain to get an X rating (the equivalent of an NC-17) for violence back in 1978, Roth’s film somehow managed to go out with an R rating.

I will never see either “Cannibal Holocaust” or Eli Roth’s homage. I will also never see a long list of what the British used to call “video nasties” with titles like “Bloodsucking Freaks and “Cannibal Ferox” (aka “Make Them Die Slowly).

There’s a longer list of films I kinda sorta plan to see eventually because everyone says they’re good and maybe worth a fluttering heart: “The Descent” (2005) “28 Days Later,” (2002) David Cronenberg’s beloved remake of “The Fly” (1986) are on that list. Well, maybe not “The Descent,” and I’m still not sure about “28 Days Later” but definitely “The Fly”; I means what’s 31 years in geologic time anyway?”

So, yeah, I’m a big ol’ wimp. I like horror that leaves something to the imagination, doesn’t really try to gross you out all that much and which is not about inducing a mild case of PTSD. It also helps if it’s clever or has a little something on its mind. And now, suddenly, that’s the horror rage. Here in 2017, the year’s two biggest and most acclaimed horror movies are more about characters, emotions, and politics than shock. Yes, like most people, I just loved both “Get Out” and “IT, they took me back to a time when more movies suited this horror Goldilocks. Not too boring, but not something I’d spend the rest of my life wanting to unsee.

In that spirit, here’s a few personal favorites in the category of what I guess you could call cozy horror. Horror movies that are about more than trying to scare people silly

“The Bride of Frankenstein” (1935) – The peak of the c;assoc Universal monster cycle that kicked of with 1931’s “Frankenstein,” James Whale’s follow-up masterpiece, which explores the more human side of Boris Karloff’s monster, has been referred to as the first expression of the camp sensibility – and originally gay phenomenon – in mainstream pop culture, which is a fancy way of saying it’s pretty funny, but in a straight-faced way. Sure, there’s atmosphere galore and enough to mess with the head of an eight year-old. But, in our jaded times, a film that features Elsa Lanchester in a dual role as Frankenstein author, Mary Shelley, and as the frizzy-haired Bride of the Monster, and that has Ernest Thesiger’s louche Dr. Pretorius experimenting with miniature human royalty is extremely entertaining, and sometimes poignant, but really not particularly upsetting.

“Little Shop of Horrors” (1960) – Although Roger Corman made his share of great movies that were actually pretty frightening, he also had no problem with horror films that were basically comedies in disguise. “The Raven” written by Richard Matheson and starring the holy trinity of horror stars – Boris Karloff, Vincent Price, and Peter Lorre – is a childhood favorite of mine and really, much more comic fantasy than horror, but I haven’t seen it as a fully cognizant adult so I don’t feel qualified to discuss it. I can be a little bit more certain about the late-night musical-spawning favorite that Corman legendarily shot over a weekend or two on sets left over from another film. It’s a little too slapdash at times, but the tale of a talking plant with a taste for blood and a nebbish (Jonathan Haze) with a dangerously green thumb still works. It has a creepy/loony emotional core and some outstanding comedy bits thanks to screenwriter Charles Griffith. Cinephile tradition also obligates me to mention Jack Nicholson’s famous early turn as a masochistic dental patient as well as Dick Miller, the zany Robert Mitchum of exploitation cinema, as a guy who eats flowers.

“Rosemary’s Baby” (1968) – Back in the day people found this movie so disturbing that police supposedly found it easy to imagine that perhaps writer-director Roman Polanski had single-handedly performed the Manson Family mass murder that killed his wife, Sharon Tate. This tale of a young mother-to-be (Mia Farrow) in some very unfortunate Satanic circumstances continues to be regarded as a major watershed in modern day horror. As a pre-teen, I approached this film with some real concern but what I found was a movie with a great deal of black humor and where the grossest thing in it was the consumption of an under cooked steak. If you enjoyed “Get Out” and you haven’t seen this, see this.

“The Abominable Dr. Phibes (1971)” – The advertising artwork for this 1971 film seriously freaked me the hell out when I was a young ‘un. When, an embarrassingly long time later, I finally saw this stylish Vincent Price vehicle, I got a pleasant surprise. This heavily stylized revenge tale about a freakishly disfigured mad musician who recreates the biblical plagues visited on the Egyptians, is really quite a hoot and almost broadly comedic at times. Taking jabs at stereotypes about dogged English detectives and upright Americans like the overly stolid doctor played by Joseph Cotton. Of course, as a kid I didn’t quite get that the poster which scared me so was spoofing the widely derided tag line of the now all but forgotten 1970 megahit, “Love Story.” (“Love means never having to say your sorry.” Ugh.) All I saw was that dreaded image of a seriously burned up dude kissing a pretty woman.

“Jaws” (1975) – Okay, a lot of people find this iconic fish story pretty frightening. To my eyes, it’s really more of a witty, seagoing adventure and suspense flick with an occasional well-earned jump scare. It’s definitely true that, faced with a mechanical shark that failed to perform, the young Steven Spielberg turned to the best of all horror tricks and kept his monster off screen as much as possible, using masterful editing and John Williams’ inescapable score to ratchet up the tension. Even so, the best scenes are just about a old seaman, a shark nerd, and a likable small-town lawman hanging out.

“The Innkeepers” (2011) – Ti West’s follow up to “The House of the Devil” (which I still haven’t seen) is, on the surface, possibly the coziest film on this list. It’s basically an old-fashioned ghost story with laughs and a bit of comedic millennial angst thrown into the mix. The film features Sara Paxton and Pat Healy as a pair of wannabe ghostbusters and hotel employees who look into the darker site of their workplace and, naturally, get a lot more than they bargained for. This may be the only movie on this list which actually unsettled me a lot…but just in parts. After all, how scary can a ghost really be? They can’t actually touch you and they’re proof of life after death.