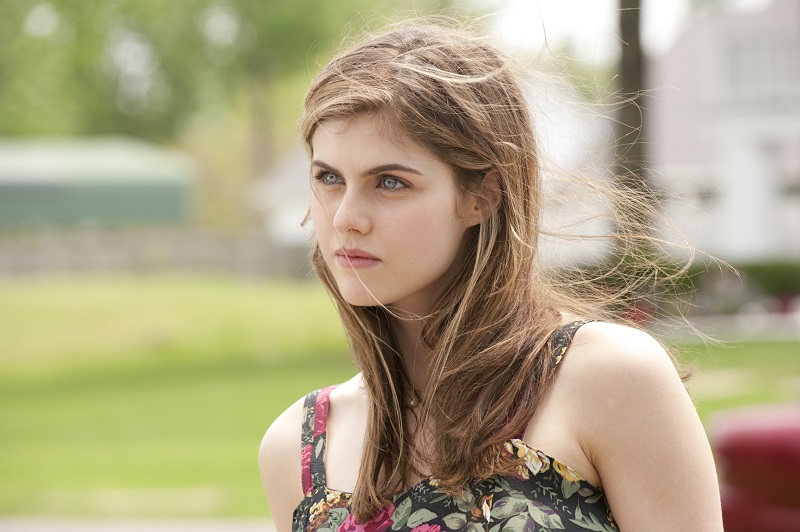 Alexandra Daddario gained notoriety and fame with her role in season one of “True Detective,” most notably for an intense love scene opposite Woody Harrelson.

We certainly took notice, and so did Hollywood casting agents as she started to land roles in major films. In a recent interview, Alex explained that “All of a sudden, everyone in town wanted to meet with me.” Of course they did . . . What’s stunning is that she reveals in that interview that she wasn’t on the invite list for the premiere. Did the PR team lose their jobs?

With her girl next door beauty and killer body, Alex began to land roles in large Hollywood productions such as “Baywatch” and “San Andreas.” Alex seems to be a good actress, but these haven’t been the most demanding roles, so it will be interesting to see if Alex decides to take on projects that challenge her acting talents.

“True Detective” (2014)
As noted above, Alexandra became an instant star with her performance as Lisa Tragnetti. She was the perfect embodiment of Marty’s (Harrelson) inability to control his impulses. She was irresistible, and yet he couldn’t control her. She ties him up and then undresses for him (and for us!). You can see this and more of Alexandra’s nude roles at MrSkin.com. 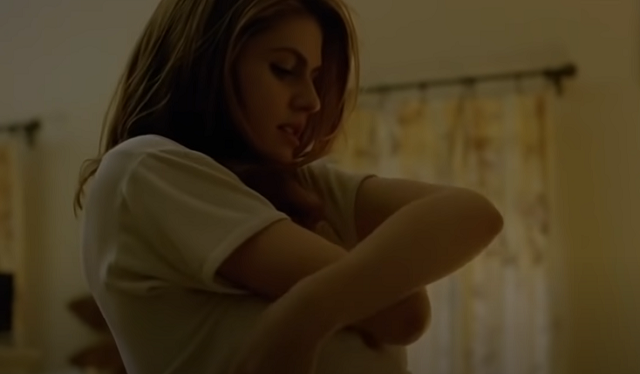 Alexandra had quite a few acting credits before she landed this role as you can see on her IMDb page, but this was her big break. We’d love to see her in more projects like this that stretch her acting skills. 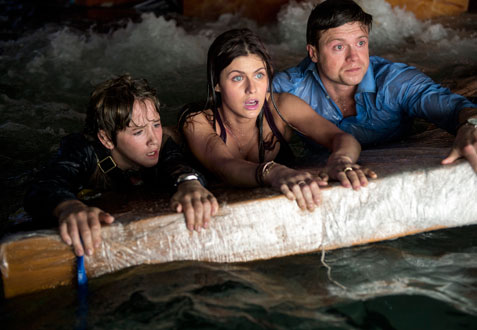 “The Layover” (2017)
This extended scene from “The Layover” is pretty entertaining. Not because the movie is very good, but rather because it involves Alexandra and Kate Upton battling for attention. Alex’s character cuts her dress into a bikini, while Kate Upton is in a swimsuit. Both have the assets to look great in these outfits of course, which is obviously the purpose behind the scene.

The entire movie seems to be constructed around the idea of getting two beautiful women with large breasts into sexy situations like the cleavage screenshot below. We certainly won’t object to that, and Russ Meyer would certainly approve, but you often need more to pull off a good film.

Alex discusses her “Baywatch” role on the “Today” show
She’s quite charming in this interview.

Alexandra Daddario is pretty active on both Instagram and Twitter. You can also check out a database of all her roles on her IMDB profile.

Blu Ray review – “True Detective: The Complete First Season”
This is an easy one for critic Jason Zingale to recommend:

Few shows have had such a spellbinding effect on its audience like HBO’s “True Detective,” the gritty crime drama that feels more like an eight-hour movie than a limited TV series. That’s because everything about the show is incredibly cinematic, from the smart writing by creator Nic Pizzolatto, to the brilliant direction by Cary Fukunaga, to Adam Arkapaw’s gorgeous cinematography. This is the kind of show that requires absolute patience and trust in the storytellers, opting for a slow-burning pace that allows the characters to evolve naturally over the course of its time-jumping narrative. Unlike most crime dramas, the mystery surrounding the killer’s identity is never as important as Rust and Marty’s respective arcs, and that’s what makes it such rich and gripping television. Well, that and two knockout performances by Matthew McConaughey and Woody Harrelson, who deliver some of the best work of their careers as the strikingly different partners. They elevate “True Detective” from a damn good drama to one that will be remembered as one of the greatest shows of its time . . .

This was by far the most intriguing and talked about show of 2014, featuring epic performances by Matthew McConaughey and Woody Harrelson. It also didn’t hurt to have sexy and provocative turns by beautiful actresses such as Alexandra Daddario, Lili Simmons and Michelle Monaghan. The dark tone was set in part through the use of flashbacks to a 1995 serial killer investigation framed in the context of interviews with the two primary detectives, with McConaughey’s intense Rust Cohle looking and acting like a burned out alcoholic as he told his part of the story. Yet after so much tension and anticipation was built up through the season, the ending was surprisingly predictable in some ways and incomprehensible in others. Still, the letdown at the end didn’t diminish the creepy and fascinating ride along the way. 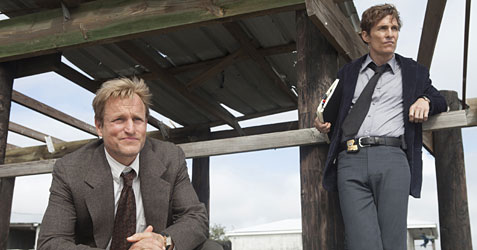