Trending
You are at:Home»Vices»Top Books About Las Vegas You Must Read! 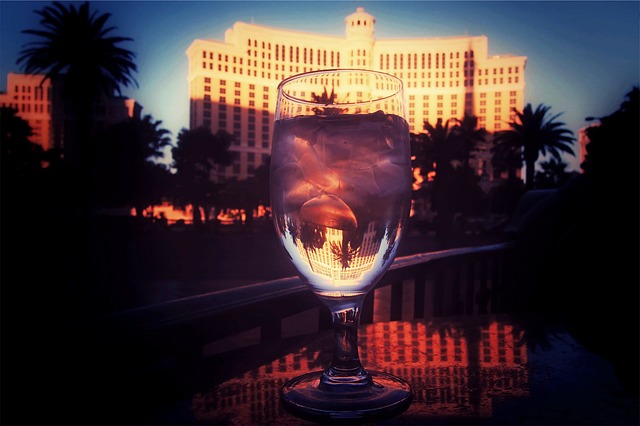 Las Vegas, the gambling capital of the world, is full of bizarre stories. Millionaires squandering their entire fortune, deadly seductively beautiful women, incredibly luxurious high-roller suites where only the greatest players in the world come, spectacular robberies, simple doormen who make tons of dollars a year… And what actually goes on under the casinos? However, if you want to enjoy your favorite games from the comfort of your surroundings, you can enjoy playing at trustworthy non GamStop casinos at Thegamepoint, but if you want to know what should be kept in Vegas, keep reading this post in which we will list the most exciting books about the gambling mecca.

The biggest gamblers in Las Vegas are called whales. Whales bet so much money that casinos go to great lengths (and will do anything) to pull them within their gambling walls. Would the Whale want a magnum bottle of Dom Pérignon of the very best year for the blackjack? About eleven Playboy Bunnies for the lonely hours at night? An hour of golf with Tiger Woods?

Or maybe the casino should have the Whale fly in with a private jet from his hometown to Nevada? The whale just says it!

American Steve Cyr hosted the whales for years at the Las Vegas Hilton (now Westgate Las Vegas Resort & Casino). In his book he tells how he sublimely pampers and pranks gambling billionaires, drug lords and rich kids, because at the same time as the ‘wadding’ he ensures that they pop capital on the roulette and blackjack tables.

‘Living It Up and Doubling Down’ is journalist Andrés Martinez’s diary about his hilarious and exciting time in the gambling city. In April 1998 he settled in Las Vegas with 50,000 dollars for a – intense – month. Martinez turns his trip into a rollercoaster. He sleeps and gambles in the most expensive hotels in Vegas, but also visits the saddest and shadowy nightclubs.

He learns tricks from blackjack dealers. He plays a blood-curdling game of baccarat with a few Chinese and befriends a professional sports bettor who is down eight million dollars…
After a month, Martinez has gambled a total of $1.65 million. We won’t tell you how many dollars he ended up taking home…

The Invisible Side of Las Vegas – Michael Newman

He relives the movie (and book) Fear and Loathing in Las Vegas. With the difference that he himself stays off the drugs.

He unravels ‘the secret’ of Las Vegas’ biggest strip club. And he spends two nerve-racking days in the gigantic sewage system under the Las Vegas Strip, where, to his surprise, dozens of people turn out to live…

A travel guide, but one that in a cheerful way only describes the most absurd attractions and the weirdest places in Las Vegas. And there are quite a few of those in Las Vegas and the rest of the desert state of Nevada. From a stretch of desert where the American army would hide a secret UFO airport (!) to a row of urinals built from pieces of the Berlin Wall.

From hotel rooms where ghosts are regularly seen to the ‘ neon boneyard ‘, where discarded neon signs and casino facades lie yellowing in the sun. Bizarre.

Under the Neon Sky – Jay Rankin

Under the Neon Sky is the worst written book in this list, but the story is fascinating. Jay Rankin worked for years as a night porter at the largest hotel in Las Vegas (and in the world): the MGM Grand. Rankin describes his job as “the craziest, most intense job I ever had.” And that turns out to be very little of a lie.

According to him, the entire casino staff is stiff from stress, drugs, alcohol and antidepressants, as are most of the guests.

The former doorman describes the false tricks of taxi drivers, ratty casino managers, prostitutes, waitresses and his own to extract as much money as possible from the pockets of unwitting tourists.

The Lonely Planets are of course known worldwide for their descriptions of countries, sights and actually all locations that you must see in your life. When Lonely Planet mentions the ‘undiscovered places’ in a book or magazine, you can bet that those places will no longer be undiscovered in no time. The successful company has also published a book about Las Vegas, which certainly lists every landmark.

A very well-known book that takes place in Las Vegas is Casino, written by Nicolas Pileggi. The book is about the leader of the Chicago mafia, who started gambling early. Of course the necessary drama happens in his life and this book is full of tension, intrigue and other hectic things. It takes place a lot in casinos, where in addition to playing online slots at non GamStop casinos and slot machines at Vegas casinos. The book has been made into a movie starring Robert de Niro and Sharon Stone.