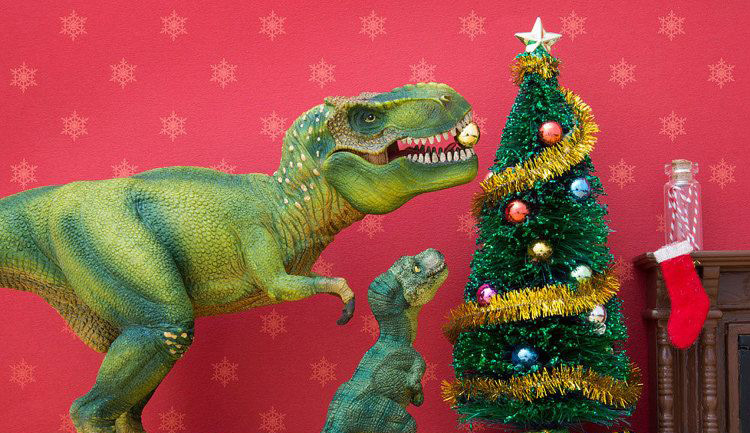 If there’s one thing that we’ve learned as parents, it’s that kids love dinosaurs. But while most kids used to grow out of their dinosaur phase by the time they hit adolescence, the “Jurassic Park” and “Jurassic World” films have given children (and people of all ages, really) plenty of reason to keep their love for dinosaurs alive. Though it would be almost impossible to run through all the different “Jurassic World” products available this holiday season, we’ve featured a selection of favorites below, with something for everyone on your shopping list. 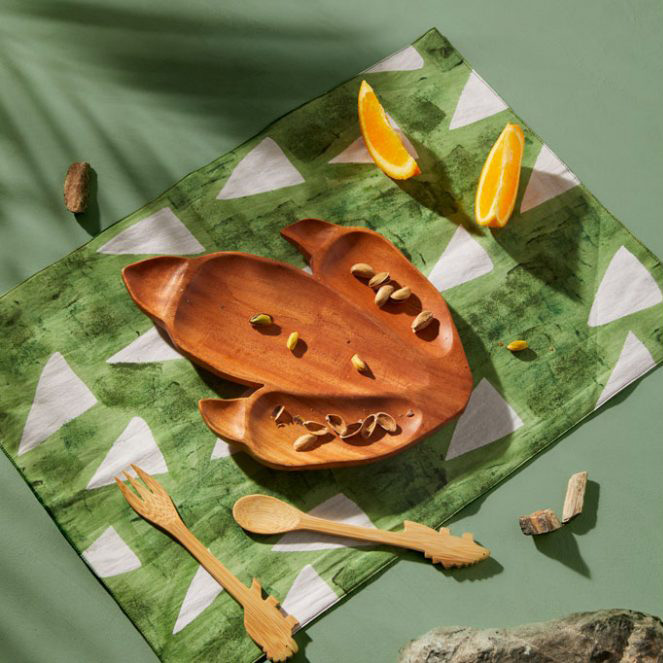 What better way to showcase your dinosaur obsession than with some stylish “Jurassic World”-themed items for the home? Accompany, an online marketplace that specializes in handcrafted, fair-trade homewares and accessories by artists in countries like India and Nepal, has recently released a “Jurassic World” collection that includes branded throw pillows, canvas tote bags and hooded bath towels for the little ones. But our absolute favorite items are the Tyrannosaurus Rex footprint and Stegosaurus tail plates. Hand-carved from durable neem wood, these plates may work better for serving snacks and appetizers than full meals, but they’re incredibly decorative and make for great conversation starters. 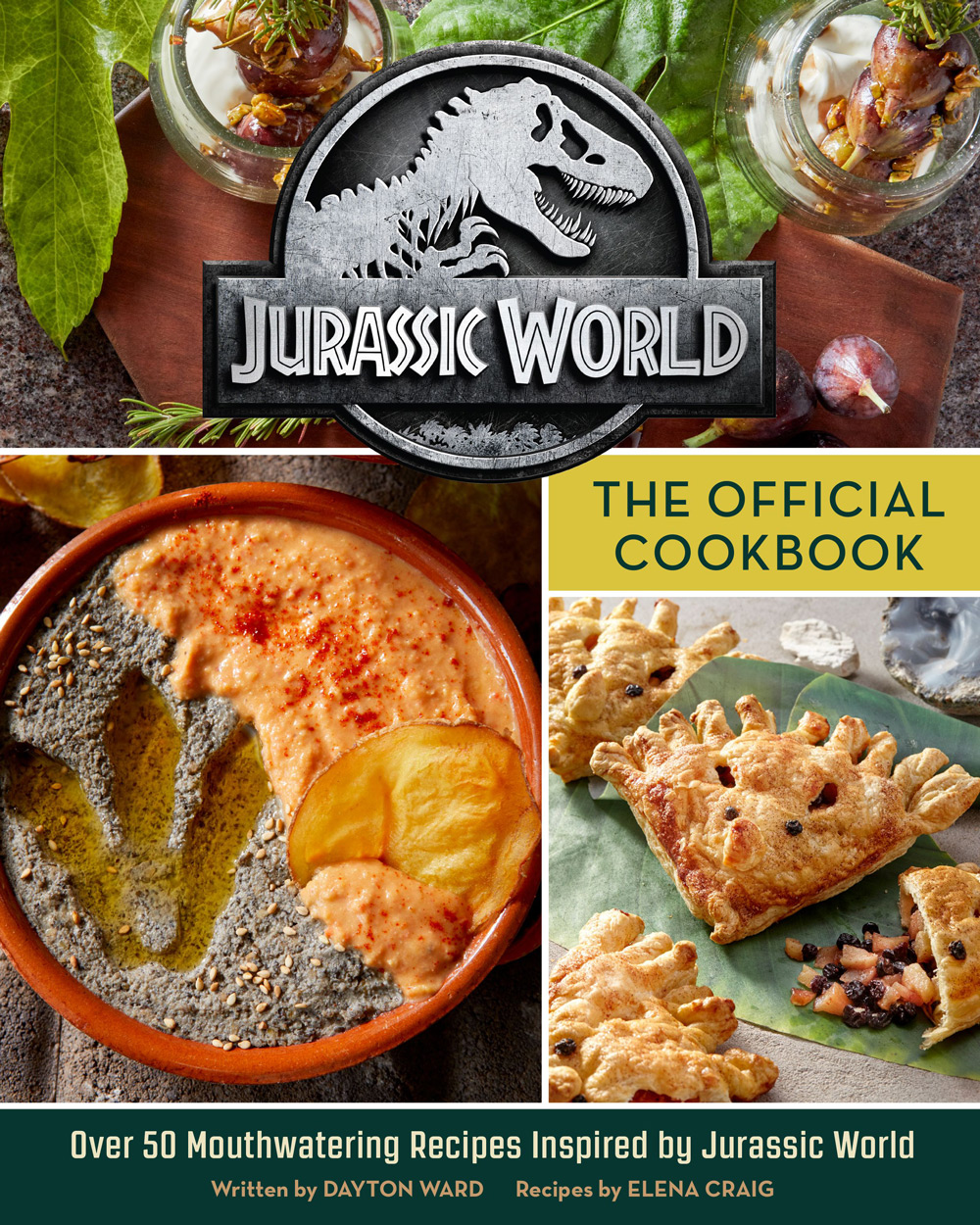 Themed cookbooks can be pretty gimmicky, but we were surprised by just how thought-out this “Jurassic World”-inspired cookbook is, beginning with the way that it’s organized by the different regions of the iconic park, like herbivores, carnivores, marine life, etc. Designed to look like an in-world souvenir sold at the park, the cookbook contains some genuinely tasty (and easy-to-make) recipes, including Skewered Pineapple Pork Tacos, the carne mechada-inspired Patient Predator Bowl and Isla Ice, a take on a traditional Costa Rican iced dessert. There’s not a lot here that will wow party guests, but for fans of the franchise, this is a pretty cool addition to any cookbook collection with enough solid recipes to justify the purchase.

Jurassic World: The Legacy of Isla Nublar Board Game 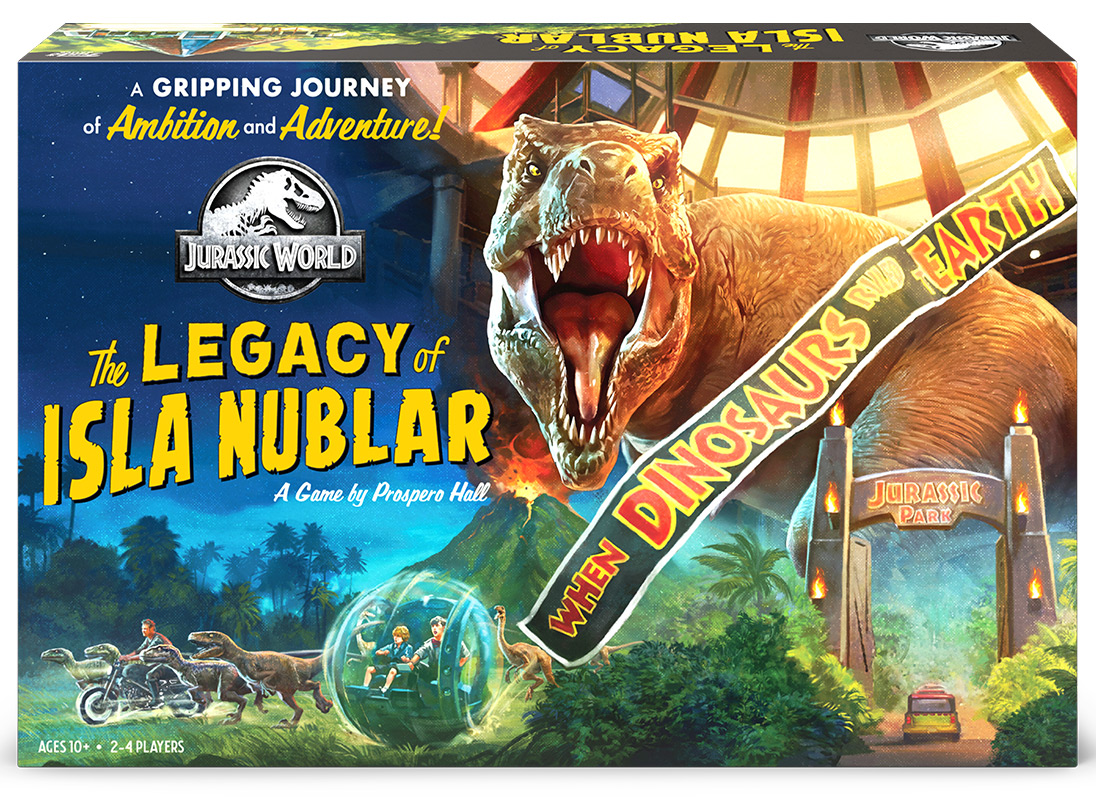 There’s something inherently thrilling about a legacy tabletop game. Designed to be played over the course of a single campaign with the same group of players, legacy games are unique in that every action has a long-lasting impact on the game itself. Prospero Hall (which is perhaps best known for the “Villainous” series) has applied this format to the “Jurassic Park”/”Jurassic World” franchise with an original legacy game that takes you through 12 unique adventures that are customized based on the decisions you make (and dinosaurs you breed) along the way. Though the gameplay has a pretty high learning curve, “Jurassic World: Legacy of Isla Nublar” is a really fun experience that builds on each adventure in new and exciting ways. 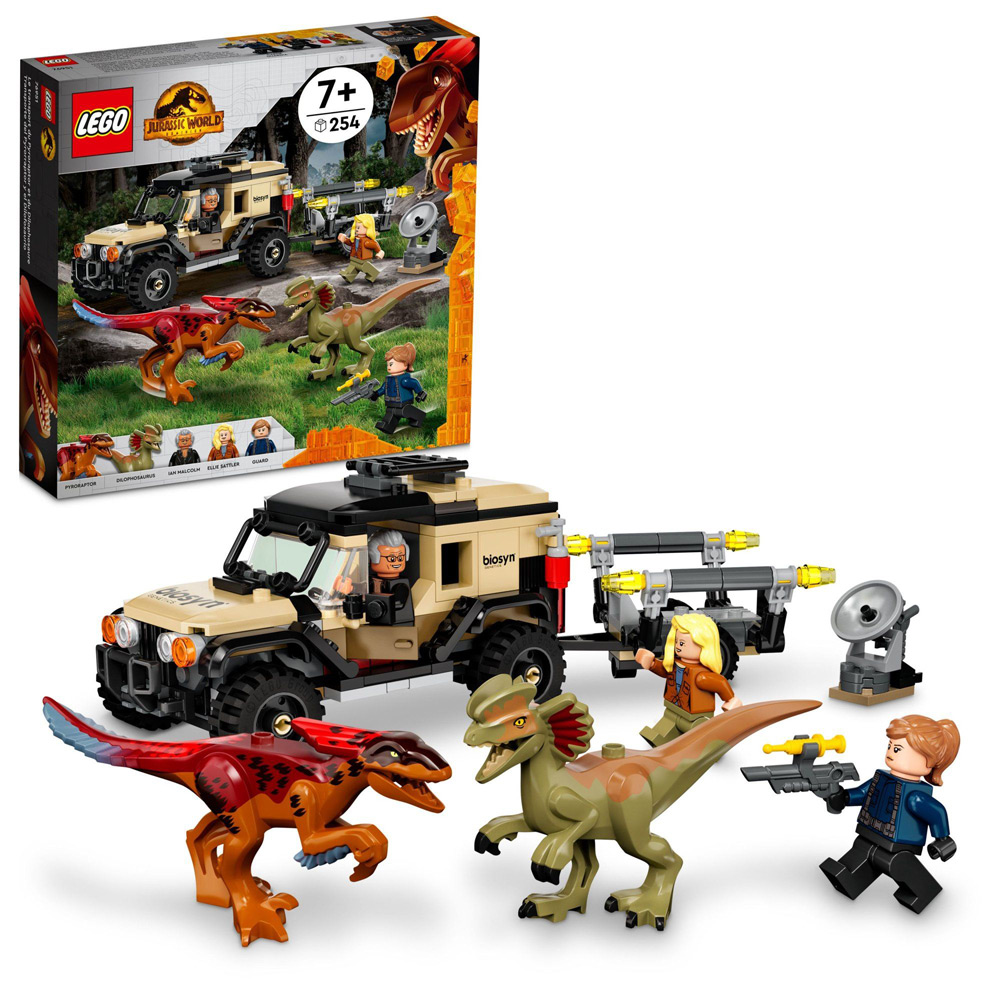 LEGO has been killing it on the intellectual property front these days, and the “Jurassic World” sets are no exception. One thing that we really enjoy about these sets is the unique dinosaur minifigs that come with each one, as there’s nothing else quite like them within the LEGO ecosystem. Though LEGO can get a bit costly if you’re not paying attention, the company does a good job of offering sets of all sizes and price points. But while there are a couple of sets on the higher end of the price spectrum that are admittedly very cool, including one that recreates the T-Rex breakout scene from “Jurassic Park,” the more midsize sets tend to give you best bang for your buck, like this Walmart exclusive that contains the only Pyroraptor minifig on the market. Whatever set(s) you land on, however, you can be sure that it’ll give the lucky recipient hours of enjoyment that can’t be replicated elsewhere. 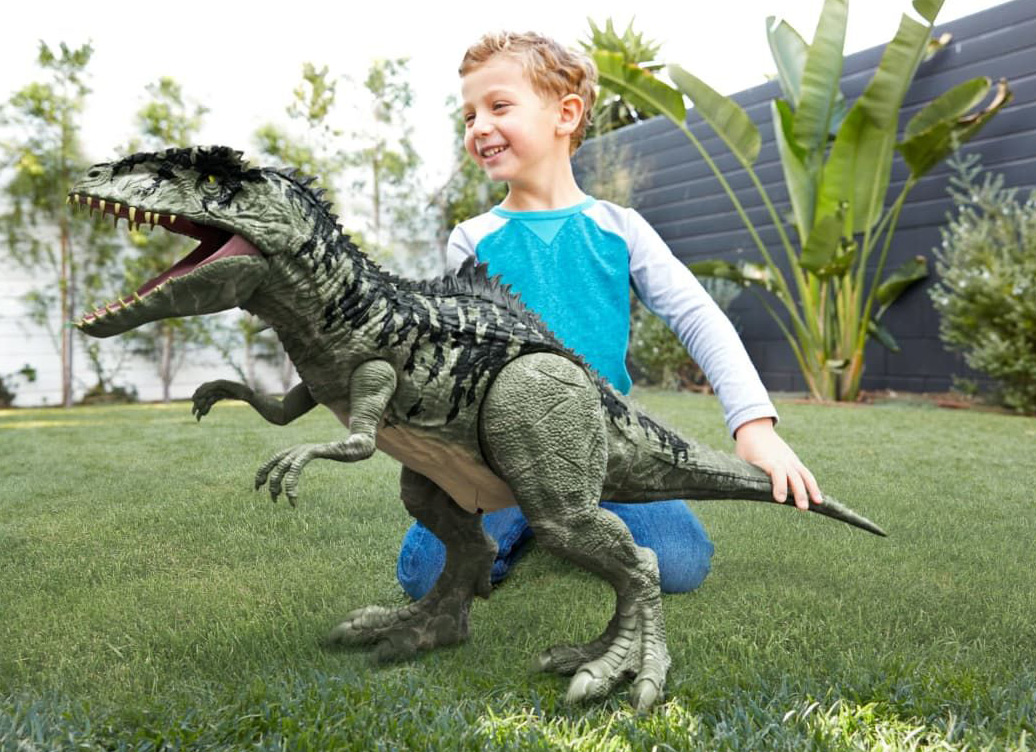 As any parent of a dinosaur-loving child knows, the “Jurassic World” action figure line from Mattel is a quality product. The figures are detailed and have a great range of movement; they’re extremely durable, especially for the amount of wear and tear that they receive; and they’re pretty affordable compared to similar toys on the market. The line also continues to grow with each new film installment (as well as the “Camp Cretaceous” animated series on Netflix), introducing new breeds and variations. Though a majority of the dinosaurs are roughly the same size, the new Super Colossal Giganotosaurus measures a ridiculous 14 inches high and more than three feet long, making it one of the largest figures in the line. But the coolest thing about this figure is that it can actually swallow smaller dinosaurs, which of course can then be released through a hatch in his stomach, adding a whole new dimension to dinosaur playtime.