Trending
You are at:Home»Gear»Gadgets»Escape From Tarkov: 8 Things That Have Improved Since the Game’s Debut 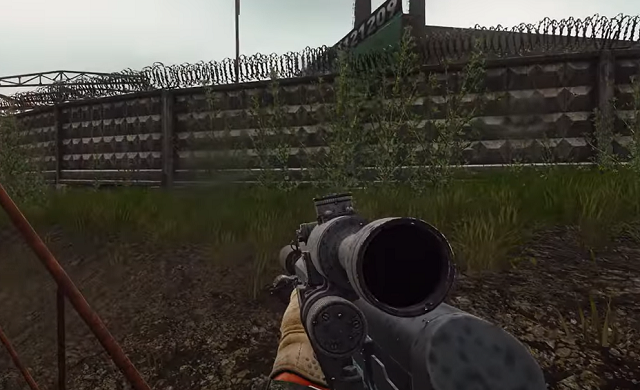 Online shooting games never stop evolution, and Escape from Tarkov is no exception. Since its beta release in July 2017, published by Battlestate Games, a Russian studio, it has come a long way to clinch a niche position in the gaming industry. After the voyage of several years, it has become the best and most pragmatic PvPvE title world over. Tarkov opened a new zone of experience in survival-themed shooting games. When you try to hear the footsteps of enemies with a thumping heart, you know the difference from other previous first-person shooting titles. Among the anarchy, survival is a challenge. The game is extremely exhilarating and innovative.

The game is incorporated with a diverse assortment of maps to explore by players. During the changeover from the alpha to the beta version, there were only two maps to survey; factory and customs. But since 2017, more terrain was introduced from the woodland map of Woods to the notorious terror-stricken Lab. With passing years more maps were incorporated; in 2021 new title, “Lighthouse,” was published, a coastal area infested with many mini gangsters. More such maps are expected from the developer in the coming years.

For many Tarkov veterans, Inertia, introduced in December 2021, was a game changer or otherwise; for new gamers, it was another feature. The aspect gives the character more mass mimicking grounded movement; earlier gamers experienced more flowing movement, but now the feeling is more realistic. The movement metals were negated with the introduction of inertia, providing a more down-to-earth and immersive gaming experience.

Kappa container was incorporated into the game in 2018, where players can store their items while being eliminated from the title. But to achieve it, players need to accomplish certain quests known as Collector. The assignment is about finding certain streamer items and inching up to level 62. Those streaming items represented the gaming community and its ethos. With time more such items were introduced in the quest.

To break the tedium of the game, more events were incorporated. The events were associated with various pieces of knowledge and expansion of the underlying saga and characters of Escape from Tarkov. In 2021 to celebrate the Christmas vacation, the persona of Santa Claus was put in. The job profile of the character was to travel through the world and present gifts to players. In 2022 more inbuilt trades, marketplaces and terrains were introduced. More occurrences are placed in the game to make it more happening.

The core theme of the game appears unaltered, but many changes were introduced to revolutionize the overall experience and aesthetic aspect. To name a few changes, the developer introduced NVIDIA DLSS technology in April 2022and in June 2022, AMD`s FSR technology was incorporated. The intention was to make the game cross-platform compatible. The game can operate on low-configuration PCs, and on higher-end devices, the user can observe incredible weapon effects and surroundings.

There were many players using cheats and hacks like aimbot and ESP, killing the regular in a flash. To resolve the issue, the developers imposed a ban on players using hacks and cheats; many players were proscribed in 2022. To fortify this stance developer changed the loot mechanics, these efforts seem to bring some results, but nothing is perfect. Still, you can use ESP hacks that enhance your perception of enemies and ecosystems, like Cobracheats. It is customizable and completely undetected by the system.

Scavs are AI-driven creatures residing in the surrounding area of Tarkov and intend to give PvE experience to gamers. In the previous few years, the Scavs have been given more power and intelligence and are more realistic. Before inertia, Scavs used to appear from thin air with a precise shooting ability. But after Inertia, their movement is more realistic, and sometimes their shooting goes astray.

Disconnection protection was incorporated in Escape from Tarkov in the early version, but more perfection is bought in this feature. For instance, you are in a climax situation, and your internet disrupts and gets disconnected from the game. But fortunately, disconnection protection enables you to start the action from the point where you were you were disengaged the moment you logged in. But there are some limitations during the offline period. You are vulnerable to enemies as you deem to be live in the game. In spite of the potential dangers, it is almost a waterproof plan against sudden internet disconnection during loot, knowing your previous efforts are conserved.

Battlestate Games is always ready to hear the expectations and critics of the gaming community; the company values the presence of players and keeps on updating to provide an enhanced gaming experience. It has incorporated many features, items, and functions as per the requirement of the gaming community. Many changes have already been implemented, and many are expected in the coming sequences.