Trending
You are at:Home»Entertainment»Movies»Movie Review: “The Woman King” 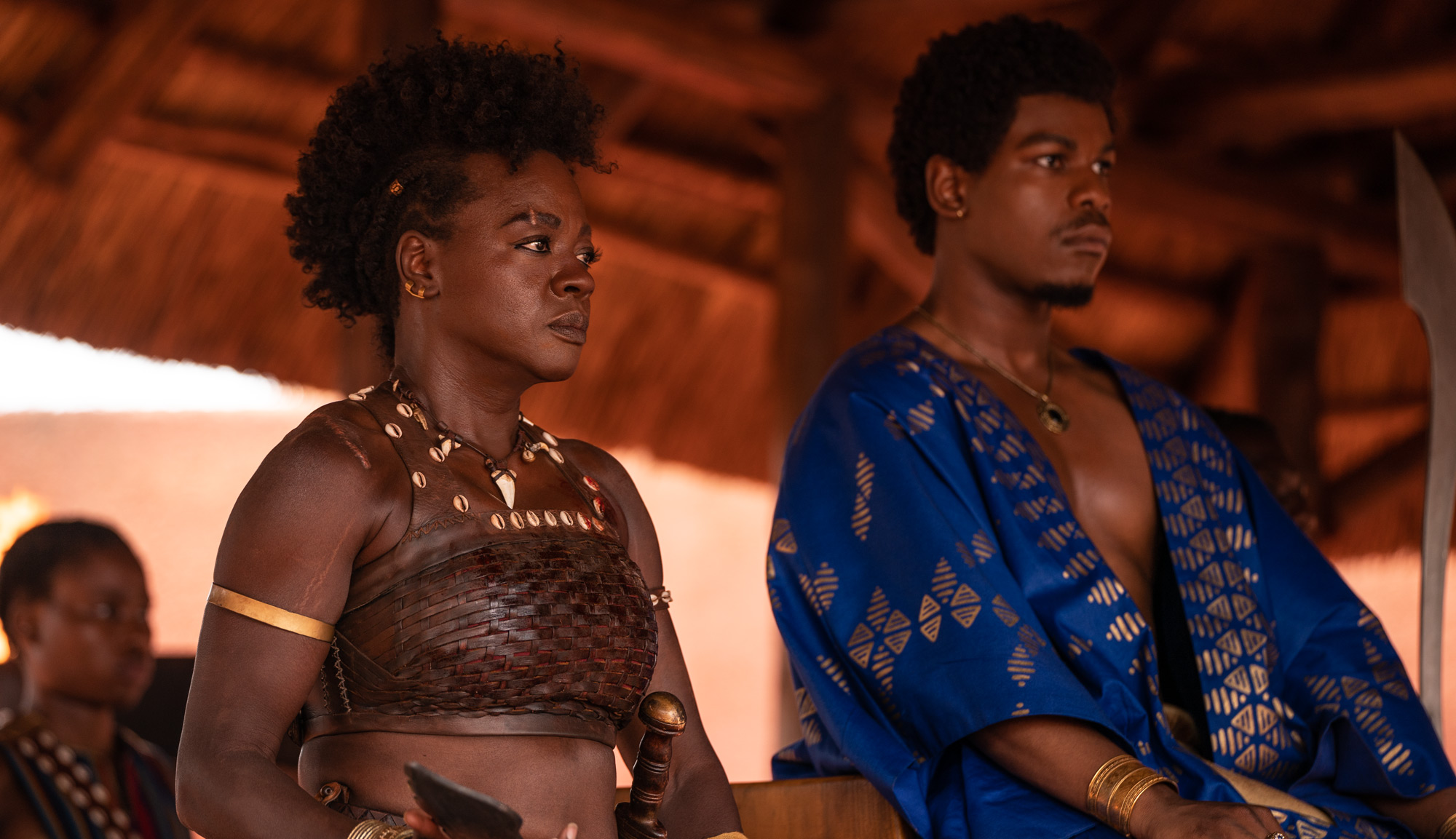 It’s a sad fact of history how many stories of rebellion and independence fit into an archetypal structure — one in which people suffering under the yoke of tyranny (or facing some form of eradication) band together to fight back against overwhelming odds. “Braveheart” is a good example, as it’s based on the real story of William Wallace, adds in various embellishments for the sake of dramatic narrative and shows how an unorthodox force almost toppled their cruel masters. These fact-based stories reflect the actual occurrences in which underestimated people find resourceful ways to unexpectedly defy a far superior military superpower, but sometimes, just because it’s true to life doesn’t mean the storytelling should stick to familiar templates.

“The Woman King” does many things brilliantly, including having an expansive central cast that allows for multiple perspectives on the Dahomey tribe and the events that unfold over the course of the film. Director Gina Prince-Bythewood, working with screenwriter Dana Stevens, shines a light on a history that is missing from most textbooks and lesson plans. The Dahomey is a rich culture with mostly unknown practices and customs, and to see them on display is a wondrous and uplifting thing. Too often, these stories have been swallowed up by the Euro- and American-centric narratives, leaving out a broader investigation into the societies that existed before the ravages of colonialization, slavery and other atrocities. This vibrant way of life is perfectly spotlighted and terrifically communicated by the movie, helped by engaging characters and some impressive action, but the feeling of familiarity with the story itself limits the true potential of “The Woman King.”

West Africa in the 1820s is a land of unrest, as various tribes compete to rule, fueled by the money and weaponry of European and American slavers and traders. In the kingdom of Dahomey, General Nansica (Viola Davis) leads the Agojie, the elite fighting force made up entirely of women, whose fierceness and proficiency on the battlefield are already legendary. The new king, Ghezo (John Boyega), navigates the region’s competing powers while maintaining his own sovereignty. In addition to the meddling outsiders, Dahomey must also contend with the increasing influence of the Oye tribe, now led by a bloodthirsty general, Oba Ade (Jimmy Odukoya). Throughout all of this, we watch as a new Agojie recruit, Nawi (Thuso Mbedu), makes her way through the ranks to join her sisters in war.

“The Woman King” is an enthralling film, mostly thanks to some dynamic sequences and winning performances that make it easy to care about the characters and the story. As mentioned, the story itself is pat and includes some subplots that feel too coincidental and overly dramatic, ultimately undercutting the power of the rest of the movie. It’s possible that these aspects (involving secret parentage and a history that requires bloody vengeance) are based in fact, as the truth is often stranger than fiction. But the way these elements are handled feels like Hollywood manipulation to create higher emotional stakes — something that is utterly unnecessary, as the Dahomey are already facing extinction while their land is being subjugated in one of the greatest atrocities of all time. Clearly, audiences need to put faces to situations to make them more than just abstract numbers, and injecting personal drama also helps hook viewers, but it still often feels like an oversimplification.

This isn’t to say that “The Woman King” is bad — far from it. It’s an entertaining and enlightening experience that still succeeds in practically every other area of filmmaking. And sometimes those narrative archetypes are the best way to impart facts and histories, having been proven as winning formulas for centuries. Prince-Bythewood commands an impressively large and talented cast, allowing for many characters to stand out and be instantly identifiable. Davis is tremendous and awe-inspiring (as always), acquitting herself well in the battle scenes. Her ferocity is palpable even away from the battlefield, but she adds notes of melancholic weariness that make for a complete person and a fascinating watch. Mbedu and Boyega are also stellar in their roles, alternating between fear and strength (albeit in very different ways) in a manner that highlights the precarious nature of their situation. Lashana Lynch and Sheila Atim are the other major standouts as Izogie and Amenza, respectively, members of the Agojie who are inherently charming while offering compelling insight into these warriors’ worlds.

DP Polly Morgan, production designer Akin McKenzie and Prince-Bythewood conjure and capture some stunning imagery of the landscape, the Dahomey kingdom and even the slavers’ port. They also go from the vibrant colors of the palace to the foreboding darkness of nighttime raids without creating any incongruous tones. It’s all of a piece for this time and place, and that attention to detail grounds the film and allows the focus to fall on the characters and their stories. If there is a misstep on a visual front, it’s the lack of blood and gore in the fighting scenes. Increased visceral violence doesn’t immediately equate to realism or maturity, but “The Woman King” would benefit from much more graphic action to better convey the real brutality of these attacks. The gorier aspects of battle were probably sacrificed to get a PG-13 rating — a tradeoff that makes sense and is hard to argue against.

An epic is usually defined as a story that takes place over many areas and/or many years. “The Woman King” takes place over a few months and in one main geographical location, and yet, Prince-Bythewood manages to turn it into an epic story that is absorbing and exciting. The stakes are technically just between a few tribes, but it feels like a sweeping battle against much larger forces in a way that is brilliant and moving. While the story goes through some overly familiar beats and tips its toe into unnecessary melodrama, “The Woman King” remains a thoroughly entertaining and unique entry in the historical epic genre. Sure, many of these narratives follow well-worn formats, but that seems to be more of a testament to humanity’s tendency to commit the same horrific acts repeatedly versus its refusal to submit to those same atrocities.