Trending
You are at:Home»Entertainment»Movies»Movie Review: “Elvis” 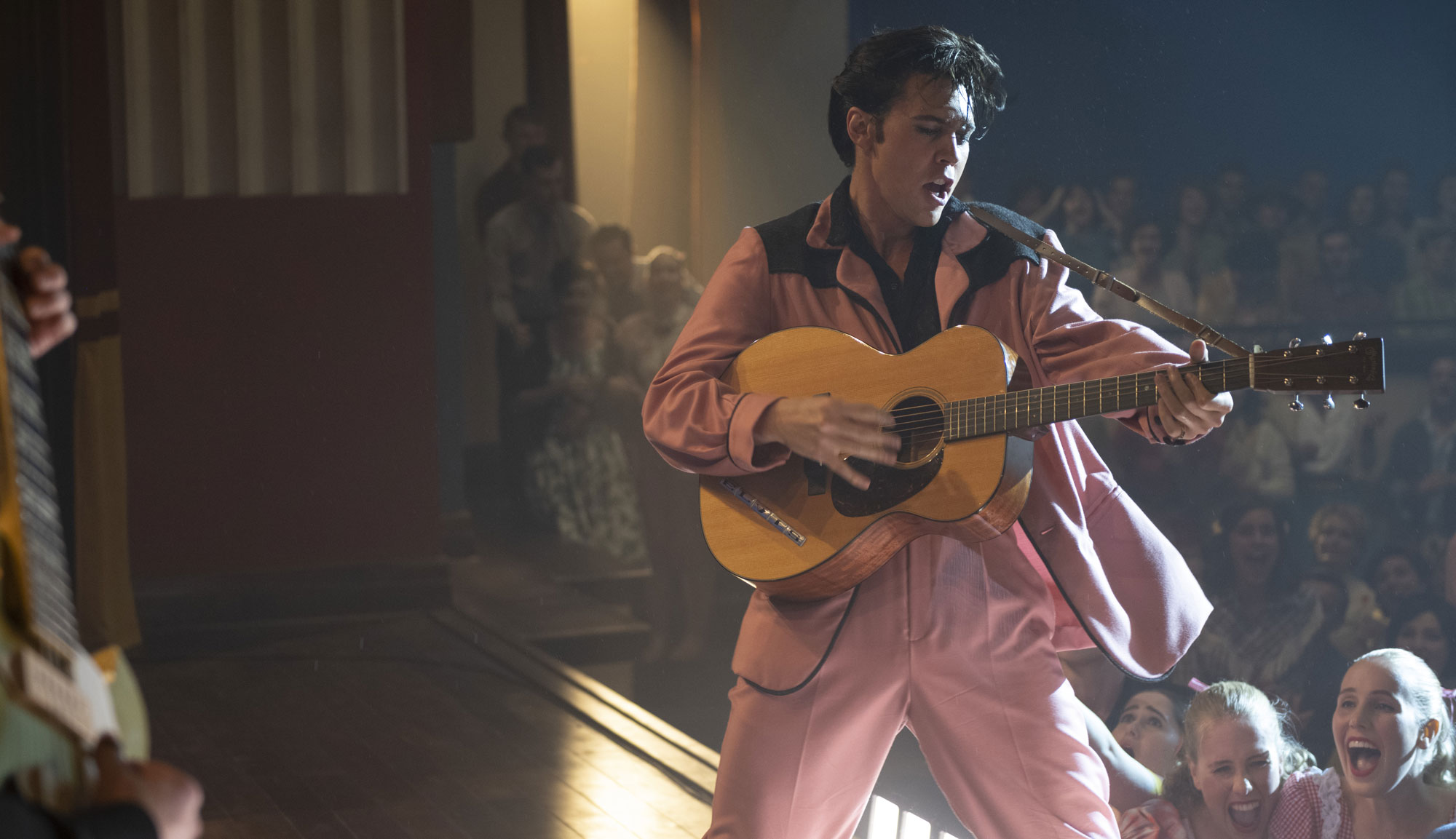 “Elvis” director Baz Luhrmann has never really been my cup of tea. Though I dug “Strictly Ballroom” and “Romeo + Juliet,” his other works have failed to jive with me. Nevertheless, his talent and energy are discernible even through the fog of my distaste. This is an artist with an established aesthetic, cultivated from studying the history of film to engineer his own particular imagery and storytelling modes. “The Great Gatsby” was a garish mess, but at least it was memorable while trying new ways to visually tell a familiar story. Though “Elvis” starts off suggesting another whirlwind (but hollow) flourish, Luhrmann’s energy quickly dissipates to reveal a boring, tin-eared and awkward biopic that is mostly by the numbers. It’s a movie where, halfway through, you can’t help but wish that they would just get to the singer’s bloated corpse already.

Ostensibly told from the point of view of Elvis’ manager/manipulator, Colonel Tom Parker (Tom Hanks), the film examines the singer’s life from when Parker got his claws into him to the icon’s tragic death (and even a bit beyond). From the jump, there are problems. Hanks’ Colonel Klink accent is distracting in its cartoonish preposterousness, not to mention historically inaccurate. It’s a bold and bad choice that is at least entertaining at first, but, like the bland terribleness of “Cats,” its omnipresence reduces any fun novelty. Even when it changes later in the movie to a distinctly different and thick Eastern European accent, that’s only good for a few minutes of entertaining befuddlement. Hanks himself is made to look like a monstrous version of the buzzard in Looney Tunes that often ran afoul of Bugs Bunny; the prosthetics give him a beaklike nose, pock-marked skin and a grotesque waddle to differentiate him from the beauty of his meal ticket (played by Austin Butler).

But what of the words coming out of Hanks’ makeup-caked mouth, even in the absurd accent upon which everyone seemingly agreed? They’re not good! It starts off early with Parker narrating that Elvis was the showman while the evil manager was the “snowman,” using carny talk for pulling “snow jobs” (or cons) on rubes. If you did a shot for every time that the word snow (or some variation of it) was used in “Elvis,” you’d be deader than the titular character by the time the credits rolled.

The story traces Elvis’ style to growing up in Black spaces, particularly roadhouses and revivals, absorbing the musical culture he found. Elvis is, at best, a complicated figure when it comes to discussions of race in America; there’s a fine line between someone who admires a culture in which they are enmeshed and someone who appropriates it for their own gain. But the question of Elvis as a culture vulture is never really asked, as Luhrmann’s movie firmly declares that Elvis Presley was a Friend of the Black Man™. He is beloved by Black people everywhere, with the likes of B.B. King, Little Richard, Mahalia Jackson and other Black artists encouraging him to cover their songs and delighting in his mainstream success. This is depicted in scenes where he navigates Memphis, receiving adoration from Black residents while hip-hop remixes play on the movie’s soundtrack (the only time such interpolations are used outside the credits). There is some style at work, but it’s to peddle a whitewashed narrative.

The first third of “Elvis” is full of dynamic imagery and energy invoking carnival rides. The fairground visual references are sprinkled throughout with the blinding lights and wound-up crowds. The orgasmic awakening that Elvis inspires in his female audience is terrifically over the top and an astounding touch of the melodramatic weaponized for good by the filmmaker. But then, Elvis joins the army, and the rest of the film is devoid of any real Luhrmann bombast, leaving the musical performances themselves to produce any flair (which they occasionally do). Every time there seems to be a theme emerging (be it Elvis’ stillborn twin, Elvis as Captain Marvel Jr. or even showbiz as a natural extension of the carnival), it lasts for a couple of scenes before petering out, only to then be awkwardly referenced in the last 10 minutes of the interminable 159-minute running time.

Butler acquits himself well in the main role, exuding charisma with a devilish grin to mix with his overly sensitive country-boy alter ego. It’s more pastiche than straight imitation and would be a great centerpiece to a far better movie. But in this film, Butler is one of the only two people given actual characters. The script (by Luhrmann, Sam Bromell, Craig Pearce and Jeremy Doner) uses everyone else as stand-ins for praising Elvis and signifying to the audience how he’s not only talented but a truly Great man. Olivia DeJonge’s Priscilla is a vacuum of personality who pops up to tell Elvis that he’s “gotta be true” to himself and then later points out how his self-destructive lifestyle is breaking her heart because Parker and the pills are depriving her and the world of this once Great man.

“Walk Hard: The Dewey Cox Story” may be one of the most important comedies in cinematic history. The spoof perfectly (and hilariously) distilled all the recycled beats that musical biopics have been using for the past 30-plus years. “Ray,” “Walk the Line,” “Beyond the Sea” and others were fodder for that parody, but the formula persists in titles since. The meeting with celebrity contemporaries, family tragedy, the introduction to drugs and more are all conducted in the exact same manner and with a straight face in “Elvis” despite already being the stuff of ridicule 15 years earlier. These standard tropes would be easier to swallow if executed well or at least in some way that felt, at the bare minimum, interesting. For good and ill, Elvis was one of the most captivating artists of the 20th century. Luhrmann’s film ends with a text postscript to the story while “In the Ghetto” plays (and no, the song has no tie to the words on screen). Perhaps it’s meant to symbolize the decline of the once-great performer, but it just signals a reprieve from this bloated, boring film.