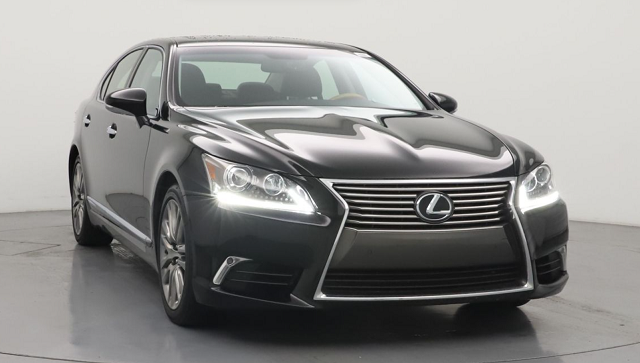 If you’ve been searching for used cars in the UK, you’ve probably noticed that in terms of value its tough to beat cars in the luxury class. Expensive when new, these kinds of cars lose value quickly – but they don’t lose the quality that made them so premium in the first place.

You do have to consider the running costs – fuel economy, road tax [ https://www.gov.uk/vehicle-tax-rate-tables ] and servicing bills won’t be the cheapest – but it’s amazing what you can get for less than £10,000 when shopping for a former range-topping motor. Here’s a selection of the very best, covering both traditional luxury saloon cars and more recently fashionable SUVs.

The Mercedes S-Class is probably the defining example of a luxury car. The big Benz is stylish, comfortable and at the very leading edge of technology, always the first with the kit that later filters down to lesser cars. Not the best fun for drivers, but great for those riding in the back – although engine choice ranges from sensible diesels to AMG models with high-power petrols, so there is plenty of performance on offer if you can afford it.

The Range Rover is the quintessential luxury 4×4 – the machine that all other fancy-pants SUVs measure themselves against. Its secret is not just in being beautiful appointed inside and comfortable to travel in, but also having genuine off-road capability. In other words, it’s not just for show, this is a vehicle that really can do it all. Even the diesels will have high running costs – so anyone worried about this should steer well clear of the petrol V8s – but it’s worth it.

Looking for a luxury SUV that flies under the radar? Then the VW Touareg could be for you. Fundamentally the same vehicle as the Porsche Cayenne that also graces this list, but with a much less in-your-face image and appearance, the Touareg also focuses more on comfort while the Cayenne majors on sportiness. High-tech for its time, and available with some hugely powerful engines, it’s a good choice who like luxury but prefer not to flaunt it.

The A8 comes with all the bells and whistles you’d expect of the brand famous for its Vorsprung Durch Technik – which translates as Progress Through Technology – including quattro four-wheel drive. It also has that fantastic Audi design ethos that makes the most of minimalism while exuding unimpeachable quality. Expect plenty of tech, and a driving and passenger experience just that bit sportier than the S-Class.

Old school looks and old school luxury from this big old British barge – though barge is a little unfair, as like all Jaguars, the XJ can make short work of even challenging driving roads. Leather and wood dominate the interior, and while the tech might not be at the cutting edge even compared with contemporary rivals, it does feature aluminum bodywork and clever suspension, helping it to be both sporty and comfortable.

While the Cayenne might not be as cool as a Porsche 911, its sales success effectively saved the company – and this wouldn’t have worked if it wasn’t an excellent sporting luxury SUV. These big things are outstanding good to drive on the road for a 4×4 of this era, plus they’re comfortable and even capable off-road, if you really care to venture away from the beaten path in one. Powerful engines and excellent build quality maintain the perfect Porsche image.

Being the top of the range car from the luxury arm of Toyota, the Lexus LS may not have the kudos of the main German rivals but it has plenty of other things going for it. Incredible engineering refinement is matched to unbeatable reliability, and though the interior might not be quite as deeply sumptuous as some of the alternative, it’s still incredible well put together and available with some genuinely amazing sound systems. A different take, but still a good one.

The Phaeton was a bit of a folly for VW, as no-one really wanted a luxury car with a Volkswagen badge. But knowing it was always going to have underdog status from the start, the firm went well over the top with the engineering – this is a very serious bit of kit. Excellent refinement, electric everything inside and lots of technology, even on the most basic models. One for those who value quality above image, they’re also a big bargain these days.