Trending
You are at:Home»Entertainment»Movies»Movie Review: “Encanto” 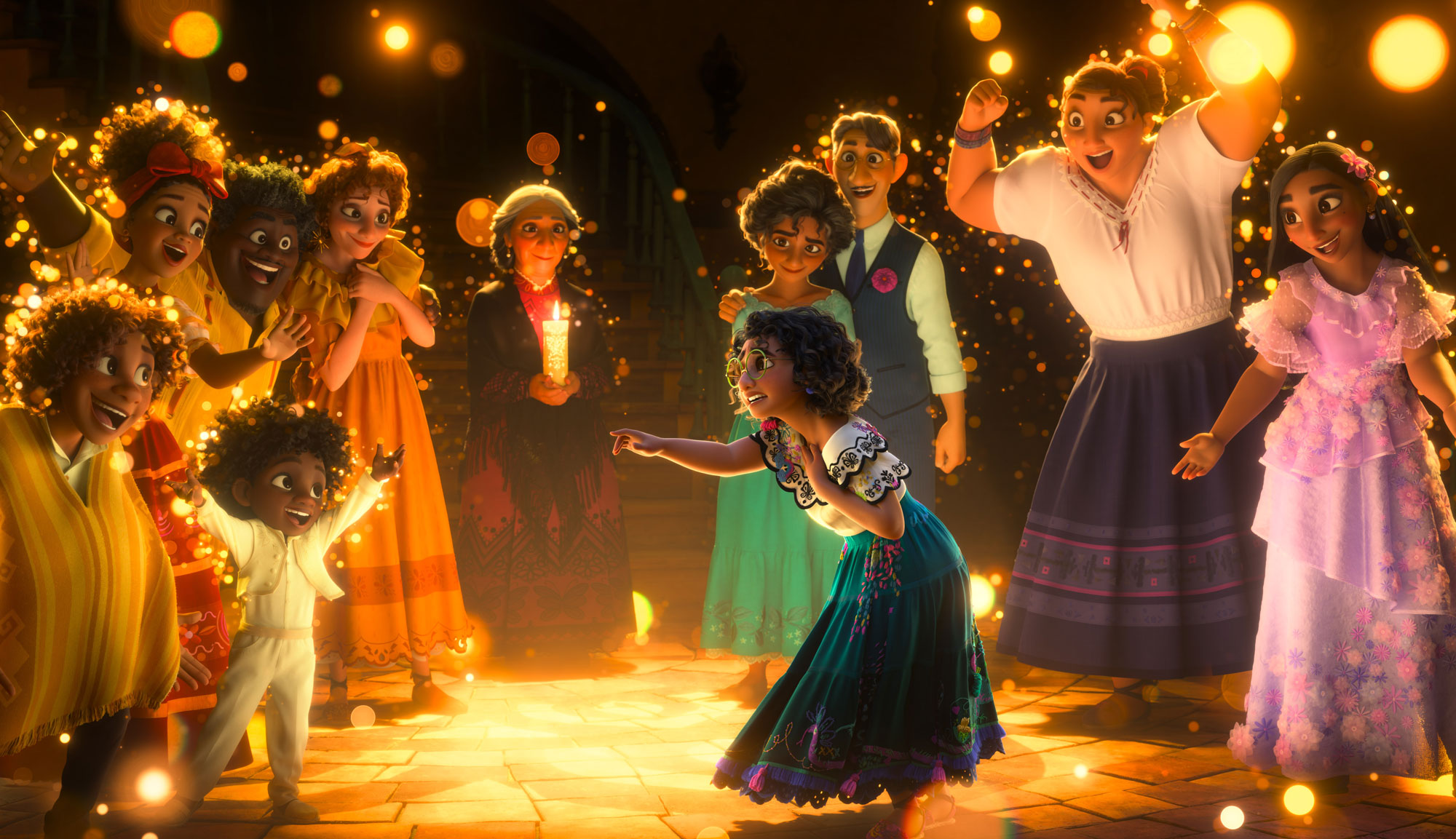 The adage “familiarity breeds contempt” doesn’t always hold true, as it omits how much comfort can be found in the conventional. Whether it’s old episodes of “The Twilight Zone,” slasher movies or Hollywood musicals of the 1940s, there are many genres and subgenres that have their unique tropes and predictable arcs with which viewers can be well accustomed but still find entertaining in their formulaic approach. From Aristotle to Christopher Booker, many academics have argued that there are a limited number of plots that can be told (from a big picture perspective), and so an audience’s enjoyment is less due to a surprising story and more about the storytelling itself.

Directed by Byron Howard, Jared Bush and Charise Castro Smith, “Encanto” is not novel in the tale that it’s telling, but it finds unique approaches to the narrative and does so with a lot of impressive style. Where that familiarity becomes a burden lies in the original songs by Lin-Manuel Miranda, who reveals here that he basically only has three types of musical numbers in his catalog. Luckily, “Encanto” has so much wit, vibrance and soul that it overcomes his repetitive compositions.

In Colombia, tucked away in a jungle and surrounded by mountains, lies Encanto, a village founded by refugees fleeing attacks. At the center of Encanto is the Madrigals, whose matriarch, Abuela Alma (María Cecilia Botero), turned from the tragedy of losing her husband to supporting the growth of this miraculous enclave. Her children each have some superpower — like healing people, controlling the weather, seeing the future, etc. — and her grandchildren all have their own magical powers as well. Except for Mirabel (Stephanie Beatriz), who is the only family member without any special abilities. However, she’s the only person who recognizes that something is wrong in the Madrigal household and sets out to discover why ruination is heading towards Encanto.

From that synopsis, it’s probably not hard to predict the story arc of “Encanto” or the message at its heart. It’s essentially a reverse “Rudolph the Red-Nosed Reindeer” mixed with “The Ugly Duckling,” in which it reveals how people are unique in their own ways and how society labeling what’s special or different is missing the point. However, “Encanto” takes that broad narrative trope and finds ways to add nuance to each character so it’s not as simplistic. Each character deals with their issues in their own way, and Mirabel’s investigation becomes less about uncovering the disaster heading toward Encanto and more about discovering (and celebrating) the truths of her relatives — which, again, isn’t precisely novel but still produces engaging moments and unique characters. All of the actors imbue their parts with great energy that’s boisterously entertaining while avoiding annoying exaggeration. Diane Guerrero is terrific as Isabela, Mirabel’s seemingly perfect sister who makes flowers bloom around her, and Beatriz is especially wonderful as the heart of “Encanto,” doing tremendous work that makes Mirabel immediately likable and adds true depth to what might otherwise be a cliché.

This character work extends to the entirety of “Encanto” through the amazing animation work. While the facial designs are seemingly in line with a new Disney house style that started around “Tangled,” they still show tremendous emotional range in expression and avoid being either too cartoony (for lack of a better word) or too close to the uncanny valley. Meanwhile, the vibrant colors and small details of each image create a rich world that is fantastical but also feels lived-in and fully developed. There are also a ton of great sight gags and beautifully rendered elements that are stowed away in the background and borders of each scene that aren’t distracting from the main action but help sell the magic of “Encanto.” The cinematography is also dazzling, with impressive framing and camera movements that haven’t been seen in many other animated films.

Unfortunately, there is an overly familiar aspect of “Encanto” that may be hard for people to ignore, and that’s the music by Lin-Manuel Miranda. Taken on their own, in complete isolation from any other works by the artist, the songs are engaging and lively, evocatively portraying the emotional issues that the characters are facing. But as this is one of four films this year in which he’s involved, not to mention his previous work on “Hamilton” and “Moana,” the songs are far too similar and repetitive. It may not be that noticeable to many, but once you recognize the composition structures that he utilizes time and again, it gets tiresome.

Despite the many familiar elements of “Encanto,” the film shines because it’s firing on almost all cylinders. It has great characters brought to life by a combination of terrific performances and brilliant animation in a world that feels dreamlike yet grounded in the way that legends and fantasy stories should. The movie also features a culture that has been mostly absent (or just exoticized) in family entertainment, with an entire Latino cast creating new figures with whom children can identify and love. “Familiar” stems from the word “family,” yet “Encanto” finds ways to make its film about the household a unique and entertaining experience.