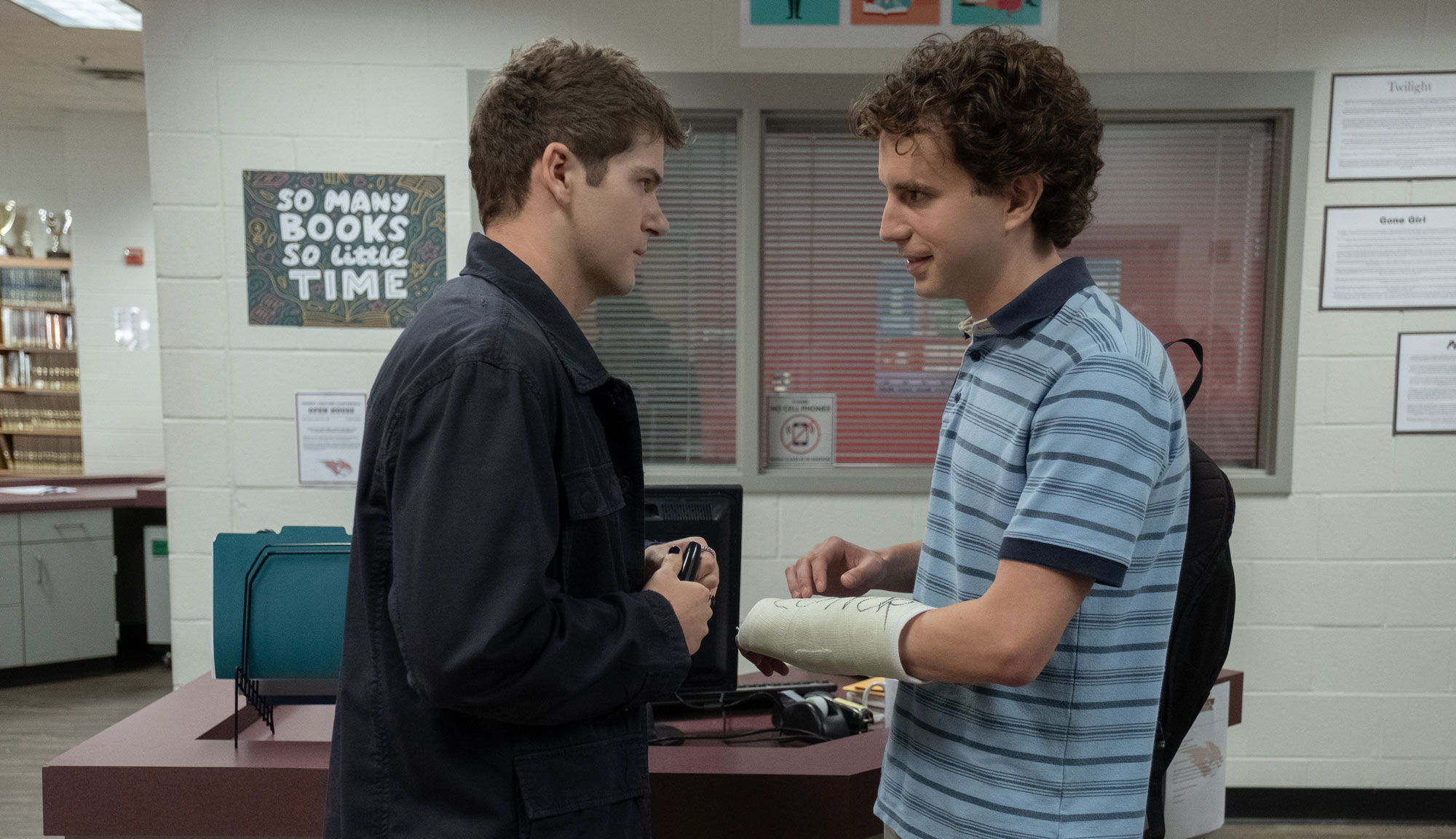 Gaslighting, both as a phrase and an understood concept, has gained wider social appreciation and adoption in the past few years. This has been tied to the rise of Orwellian doublespeak in politics, reports of the powerful committing heinous acts and then obfuscating the truth, and a growing understanding of how abusers make their victims question sanity itself. That’s a pretty good backdrop for approaching “Dear Evan Hansen,” as the plot revolves around acts of gaslighting, but the entire movie is also a grotesque exercise in denying reality all its own. Out of context, some scenes and songs are powerful and heartwarming, but within the whole of the film, it’s all predicated on a vile act that is meant to be excused for emotionally manipulative reasons.

Director Stephen Chbosky’s adaptation of the Tony-winning musical treats the central character as if he were the hero, not just the protagonist that moves the story along. That massive miscalculation and total mishandling undercuts the vast majority of any sort of empathy the filmmakers try to elicit from viewers. “Dear Evan Hansen” preys on feelings of alienation, depression, isolation and awkwardness to make it seem like it understands these things, but it doesn’t even understand that this is a story of a horrific villain.

Evan Hansen (Ben Platt) is a socially awkward high school senior with anxiety and depression. He has no friends except for Jared (Nik Dodani), who’s only cordial to him because Evan’s mom (Julianne Moore) and Jared’s mom are friends. Otherwise, he’s invisible to everyone, especially his crush Zoe Murphy (Kaitlyn Dever), and is unable to properly interact with people around him. People won’t even sign the cast on his arm that he got after falling from a tree over the summer. His therapist tasks Evan to write a letter to himself every day to inspire confidence and push back against his mental illness. The only other student who’s potentially more of a social pariah is Connor (Colton Ryan), Zoe’s brother and resident “crazy kid” that people mock. Connor shows some form of freak solidarity with Evan and signs the unfortunate boy’s cast but grows enraged when he finds one of Evan’s letters, thinking that even this wallflower was mocking him.

Soon after, Connor kills himself, and his parents (Amy Adams and Danny Pino) find the letter with their dead son, assuming that perhaps Connor and Evan were friends and that their son wasn’t as tortured or alone as they feared. Evan hesitates but eventually goes along with the Murphys, believing that it improves how they can process Connor’s death and perhaps heal them all a bit more. When student activist Alana (Amandla Stenberg) approaches Evan to use Connor’s death to help others with their own suicidal tendencies and feelings of total abandonment, the lies spread far. But is it such a bad thing if it’s having a good effect?

Firstly, yes, it is a bad thing to lie about the life and mind of a suicidal person by ingratiating yourself into their story. That central tension — Evan doing something terrible but making people feel wonderful — is almost entirely ignored. If there were more songs about his hesitancy or how conflicted he is about it, then maybe the situation would be more sympathetic.

To be certain, not every protagonist has to be a likable or good person; not every horrible action a character undertakes is an endorsement from the filmmaker; and not every villain has to be seen as entirely awful. Mental health issues are incredibly difficult and cause all sorts of problems with socialization and identity. It’s rarely easy to navigate them without making some sort of mistake or hurting someone in some way, oftentimes accidentally. None of the critiques of “Dear Evan Hansen” have anything to do with any of these statements and it’s important that that’s understood.

Evan Hansen is a horrible character. Right from the start, any sympathy that he’s due is erased by casting Platt in the role. The actor originally played Evan on Broadway, and he’s a great singer and a good actor as well. But he’s 27 and looks 35. It seems like there was an attempt to use makeup to de-age him, but it did not work at all. And having this very obviously mature person surrounded by teens (or older actors more convincingly playing teenagers) while pretending to be on the cusp of adulthood is horrifically distracting. If someone younger, smaller and more easily identifiable as a troubled kid was in the part, maybe it would be more believable how his pain leads to his atrocious lies. But watching someone who looks like he’s almost done paying off his student loans lust after and make out with a girl who seems like a more realistic teenager is deeply unsettling.

There are a bunch of songs that are excellently written and performed, even if they bear suspiciously close similarities to works by Ben Folds Five and Ani DiFranco. But singing a song about how someone will always be there to help you get up, in the context of a story in which Connor helped Evan up (which, again, is a total lie), is repugnant and contrived. Neither Chbosky nor writer Steven Levenson seems interested in this repulsive hypocrisy. This isn’t a feel-good story, but no one behind the scenes or on the screen seems to recognize that.

Honestly, the entire cast of characters are all a bunch of monsters who don’t listen, instead putting their own agendas ahead of other people or even reality. It’s a community of jackals, but it’s played like a typical American town populated by hundreds of fragile hearts. The actors do what they can, and all of them are impressive singers, but the roles are so terribly written that the positives are offset by the pitfalls. Moore and Stenberg fare the best, as they put so much passion and truth into their parts that when they do act heinously (as everyone does at least some of the time in this thing), it comes off like a recognizable human failing and not some nightmarish plan being enacted by ghouls.

“Dear Evan Hansen” lacks the self-awareness and honesty to recognize the darkness inherent to its story and characters. Instead, it’s a shallow lie of a film that promises sweet songs and emotional understanding but presents only the ugliest of humanity.