Trending
You are at:Home»Entertainment»Movies»Movie Review: “The Night House” 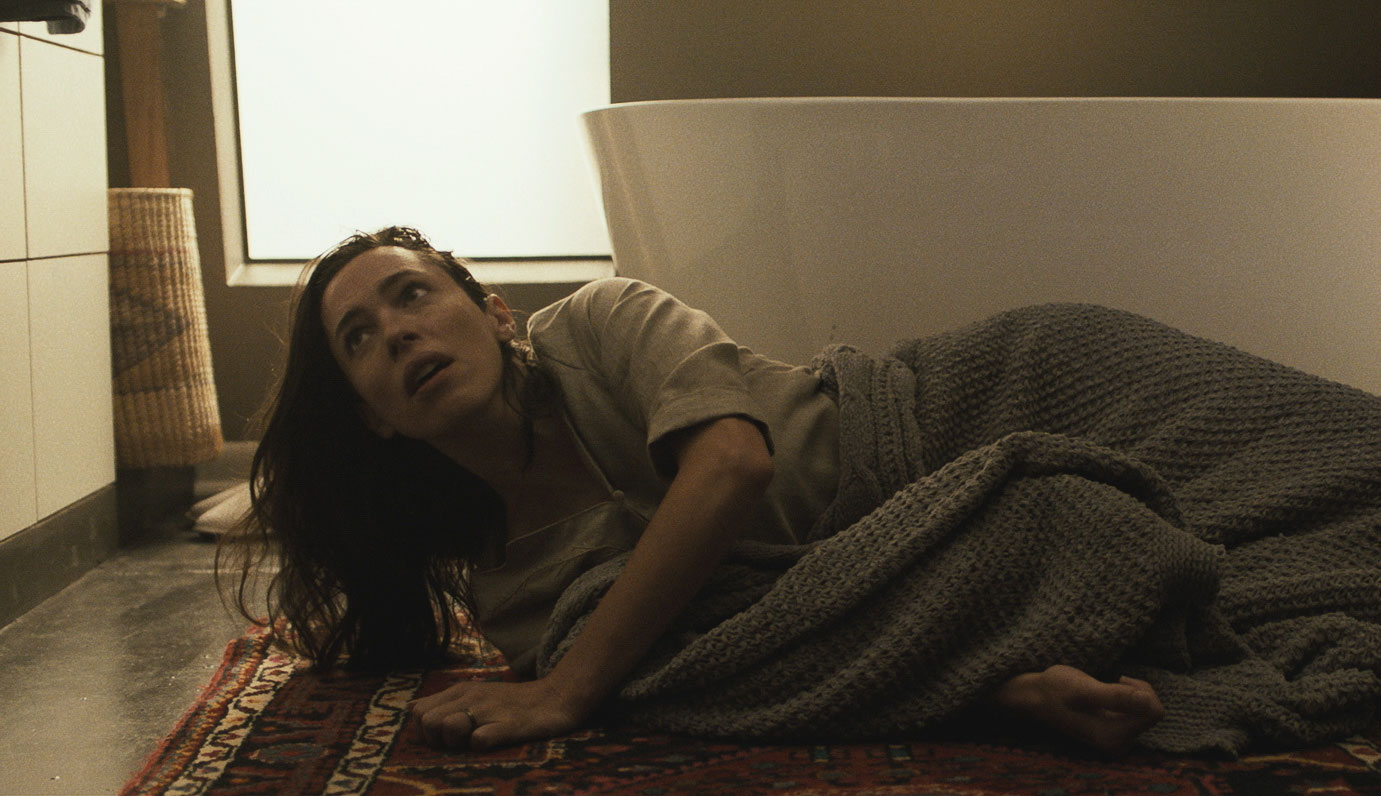 There’s always been a debate about what matters most in storytelling: the journey or the destination. Even if the audience knows what will happen, some say all that matters is whether the details leading up to the climax are engrossing. On the other hand, if viewers are emotionally invested and sink time into the proceedings, then a limp payoff will sour the whole experience, retroactively even. Like most things, it’s not cut and dry with absolutes, which brings us to “The Night House,” a superbly layered slice of dread right up until its final moments. Dropping the ball that close to the endzone is not only unfortunate to experience but also undercuts a lot of what comes before.

When her husband, Owen (Evan Jonigkeit), unexpectedly dies, Beth (Rebecca Hall) finds herself alone in the beautiful house that he designed and built for them. Her neighbor Mel (Vondie Curtis-Hall) tries to help her through the grieving process by offering insights stemming from the loss of his own spouse, while Beth’s friend, Claire (Sarah Goldberg), thinks no good can come from being alone in a space where every inch serves as a reminder of Owen — especially one isolated in a densely forested area around a lake. Beth waivers on leaving but feels like it would be a betrayal to walk away from this embodiment of their love. Before long, Beth begins to receive mysterious calls from Owen’s phone and has visions of an identical house filled with slightly altered versions of herself. As the bereaved teacher continues to explore the odd phenomena, she unearths truths about her husband that she never could have fathomed and truths about reality that she never would have believed.

Directed by David Bruckner from a script by Ben Collins and Luke Piotrowski, “The Night House” is a thoroughly engaging masterclass in sustaining tension and imbuing a film with a palpable sense of dread. There are enough signifiers that something is wrong in Beth’s house, all of which build upon each other with each new sequence without completely boiling over, that viewers will find themselves in a sort of carnival ride — strapped in and heading towards a dark tunnel. The anticipation of discovering what lies in the darkness becomes a driving force that compels the audience forward, but they are being carefully guided by the filmmaker’s ability to control the tempo and severity of each turning of the wheel as it approaches the abyss.

Hall is the cornerstone of this, as she’s onscreen for almost the entire length of the movie and is able to deliver an impeccable, layered performance that makes Beth feel like a real person. There’s some great (dark) humor, moments of genuine emotional desolation from being left behind by her husband, anger at a situation that she can’t control and fear over what is unfolding around her (or if it’s even happening at all). “The Night House” boasts a clever mythos and a controlled sprinkling of clues that is reflected in strong visual aesthetics courtesy of production designer Kathrin Eder and cinematographer Elisha Christian, all of which create innovative ways of reflecting what could be an otherwise familiar scenario.

But then the last 15 minutes happens. Remember in “The Sixth Sense” when Bruce Willis’ character realizes that he’s dead and then revisits all the earlier scenes to see how his perception was skewed? One moment alters how everything that played before now sits in the mind. That isn’t to say that such a twist exists in “The Night House” but rather that the ending shifts the way that viewers will recall those earlier moments. It’s hard to talk about this without ruining the film, but then again, those final moments partly ruin the movie in their own way. The escalating threat at the heart of “The Night House” hits a brick wall, and the tones and themes that were well-established in the previous 90 minutes just kind of dissipate. Was it a lack of confidence that led to abandoning the inevitably dark results that the movie was clearly headed towards? Or were there some restraints that caused “The Night House” to go out with a whimper?

It’s not that the film ends in a way different than how I wanted it to but that it ditches the tone and finesse of the first 90 minutes, and in doing so, delivers an incredibly deflating finale. The failed ending overshadows good performances, an interesting aesthetic and, most of all, the promise that this movie could be something original. That blown opportunity means that the sum of its parts ends up being just okay. Nevertheless, “The Night House” still showcases enough brilliance that viewers can at least be hopeful for Brucker’s next film.