Trending
You are at:Home»Entertainment»Movies»Movie Review: “Space Jam: A New Legacy” 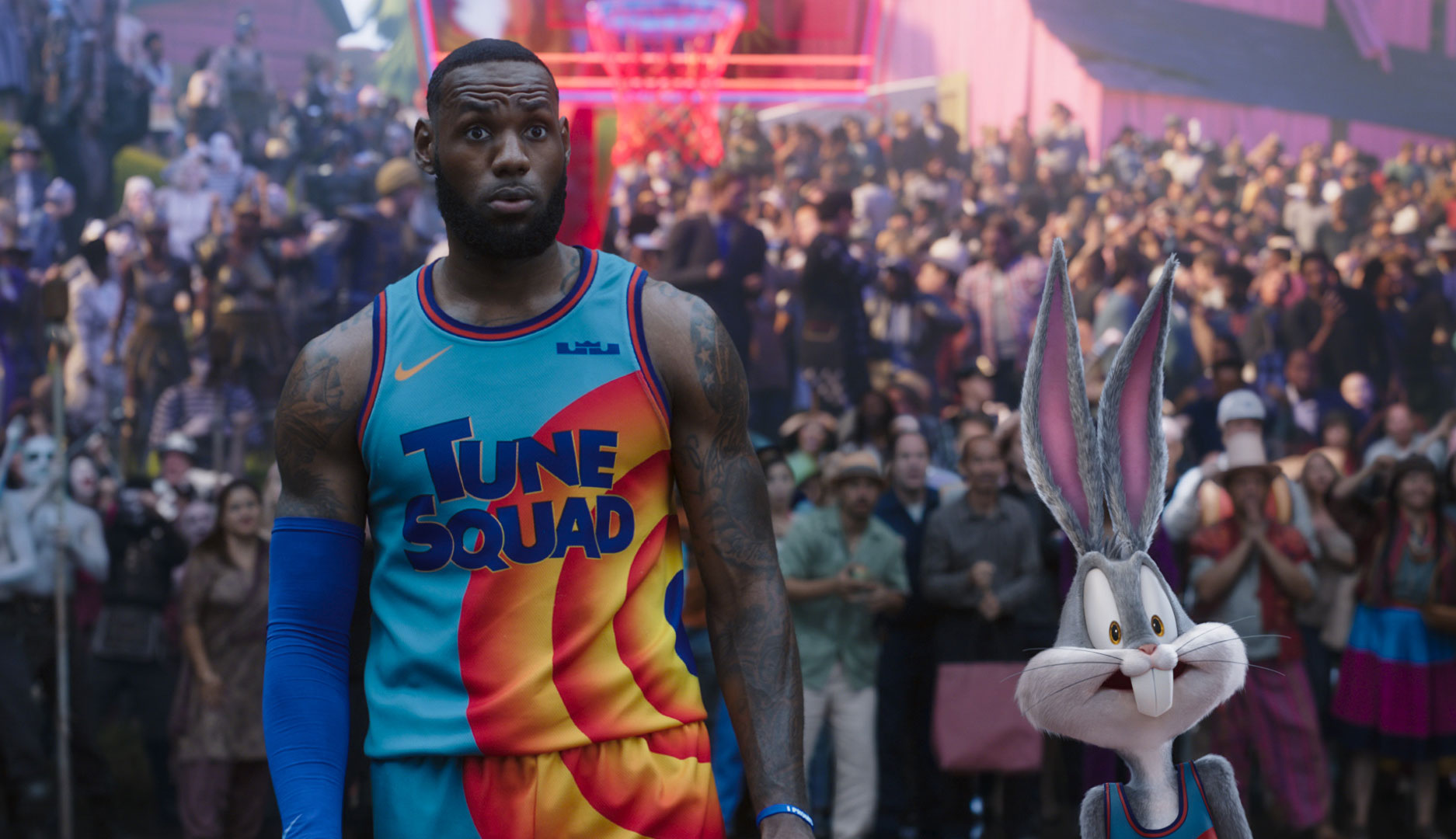 Reviewing children’s movies is difficult. It would be great if the films worked for multiple ages, finding ways to not be too mature or cynical but also not too goofy or nonsensical. It’s a high-wire act that few titles can pull off well. First, the writer has to remember how various entertainment played to them as a child. Then, they determine how the latest generation of youths interact with entertainment. All of this is to say that this entire review of “Space Jam: A New Legacy” comes with the major caveat that perhaps this writer is not as hip to Gen Z’s relationship to cinema as needed. Even still, it’s hard not to see that this movie is flawed across the generational spectrum, though it may be enough to entertain children.

LeBron James’ basketball career has been legendary since high school, spurred by his commitment to not let distractions get in the way of putting in the work. This attitude causes friction in LeBron’s relationship with his son, Dom (Cedric Joe), who is more interested in designing basketball video games than playing the actual sport. One day, the father-son duo attends a meeting at Warner Bros. Studios where a cutting-edge algorithm has created a way to scan people and put their likeness into any future movie or TV show. They’ve chosen the NBA All-Star as the first celebrity to launch the service, but LeBron hates the idea. When Al G. Rithm (Don Cheadle) kidnaps LeBron and his son into the ServerVerse, he challenges LeBron to a basketball match played within Dom’s video game. Al works to corrupt Dom against his father and builds up an army of monstrous players. Meanwhile, LeBron lands in Bugs Bunny’s backyard, and the two recruit the Looney Tunes gang from across other Warner IP worlds to form a team capable of winning back LeBron and his son’s freedom.

“Space Jam: A New Legacy” is not something most adults will enjoy. There aren’t many good or even fresh jokes, with winking lines about James’ career and such landing mostly with a thud. There are a handful of genuinely funny moments (Wile E. Coyote spraying silver on his teeth in “Mad Max: Fury Road” before jumping to a massive explosion has hilarious, unintentionally dark implications), but older viewers will probably feel a bit of guilt for laughing afterwards, like they’re encouraging the movie to continue its stilted comedy.

But while there are pandering jokes that only adults will get, most of the movie is squarely aimed at a child audience, hence the three-star rating for this film. Will it work for the intended viewer? The answer is… mostly. The Looney Tunes stars are ubiquitous in merchandising, but there haven’t been too many new incarnations of the animated rascals for a while. Many kids may not know who Bugs Bunny is, or why Yosemite Sam has guns, or what’s up with that pig that doesn’t wear pants. Of course, there are also a bunch of pop culture references from the Warner Bros. catalog that youths won’t know, but that shouldn’t be too much of a deterrent since Looney Tunes cartoons have been referencing contemporary pop culture since the ‘50s. Millennials may not have known “The Maltese Falcon” or James Cagney, but they still got the gist from contextual clues. However, while some children may have fun spotting certain characters that pop up here or there, most will enjoy all the weirdos at the fringes of the film. That doesn’t make the nearly two-hour runtime any less unnecessary, and many kids will probably get bored at some point during the movie.

Even with those detriments, the broad and wacky jokes that have worked for decades are still as effective as ever for the younger age group. Simple puns, sardonic winks to the audience, random costume changes and over-the-top slapstick remains solid fodder for kids. LeBron and Bugs going to different worlds and interacting with various non-Looney Tunes characters provides enough stylistic changes that will keep kids’ minds occupied and help avoid getting tired of the same locations or imagery. As opposed to the first “Space Jam,” where Michael Jordan was mostly live-action, LeBron spends about a third of the movie animated in the style of Looney Tunes, which may also keep a younger viewer’s attention.

The central game itself is fast-paced with fun visuals for kids, whether it’s the Tunes’ comic repertoire or the evil Goon Squad’s freakish appearances and abilities. Cheadle completely commits to the role and is having a ball with the grandiose villainous personality and various random impressions that he gets to do. Additionally, the basic theme of parents letting kids be themselves and appreciating different talents is an evergreen one, though it seems like it would be better aimed at parents than kids.

Make no mistake, “Space Jam: A New Legacy” is painful to watch. LeBron turns in a poor performance, and his character seems like a horrible father for the vast majority of the film. Nevertheless, there are enough moments of fun and humor for young ones to tide them over. Even if they aren’t familiar with the Looney Tunes, it’s not hard to understand the characters’ schticks and may even act as a gateway to the older cartoons. Parents may feel tortured watching the movie, but hopefully, they can derive some joy from the moderate glee that their children experience.