Trending
You are at:Home»Entertainment»Movies»Movie Review: “The Tomorrow War” 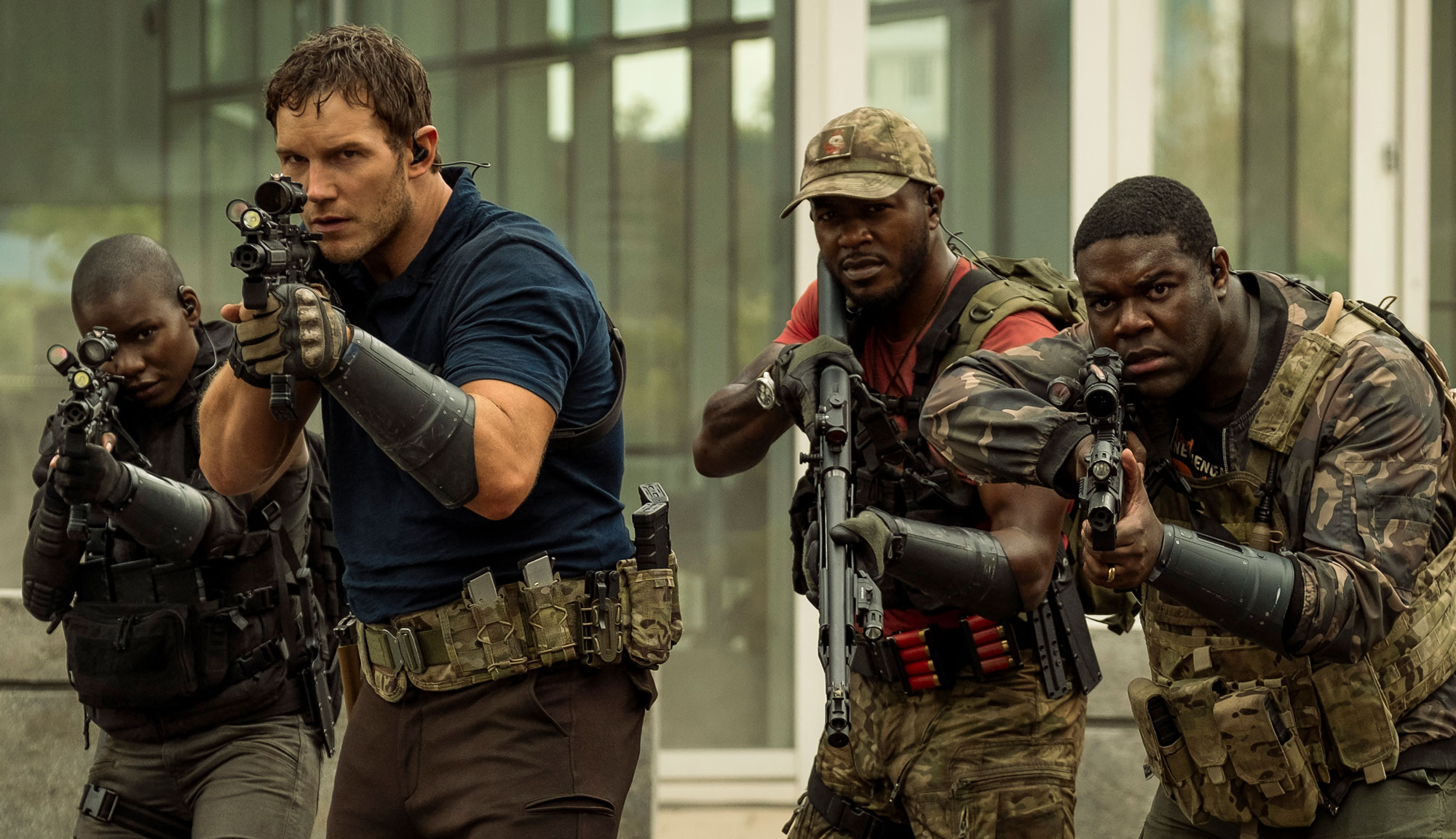 When “Starship Troopers” was released back in 1997, a pretty big swath of the world didn’t quite get what it was going for. Based on the celebrated but controversial Robert Heinlein novel, the film was derided for being jingoistic schlock. In many ways, though, director Paul Verhoeven had the last laugh, as the movie was eventually reevaluated for what it truly was — an incisive and cutting satire on war, the military-industrial complex and the bloodthirst of modern society. The classic rah-rah movies about the glory of war look absolutely ludicrous in retrospect; honestly, what good is honor when everyone is just grist for the mill?

It seems pretty safe to say that the creators behind Amazon’s newest big-budget film, “The Tomorrow War,” either didn’t see “Starship Troopers” or didn’t take the correct notes from it. “The Tomorrow War” has a lot in common with “Starship Troopers” in its own way — a future conflict with a bug-like species set to exterminate life as we know it on Earth. The big difference, of course, is the central conceit that gives the film its name. Time travel has been invented 30 years in the future, and in order to level the playing field in this future war, able-bodied men and women from the present are drafted to jump forward in time and join the cause. That’s where Dan Forester (Chris Pratt) comes in. A former military man turned high school teacher, Dan is drafted into the future war against his will. It’s here that he meets up with other profoundly unprepared civilians (including Sam Richardson, Mike Mitchell and Mary Lynn Rajskub) and is thrust into the middle of an unwinnable war, doing what he can to work with his leader Romeo Command (Yvonne Strahovski) to turn the tide and save humanity from the otherworldly creatures known as the White Spikes.

This is a film that wants you to think it’s important. Its characters respond with solemn acceptance when the future army falls out of a wormhole in the middle of the World Cup final. They all take the concept at face value, which is rather impressive considering they bring no proof. And once Dan and crew are sent forward, it’s all grim and gritty war-is-hell type stuff but viewed with a reserved reverence that just feels hollow in this era of never-ending modern warfare. The script from Zach Dean has no heart or soul and doesn’t even bother to obscure its twists or first-act Chekov’s guns. When the inevitable callbacks arrive, they’re met with boredom more than revelation. “The Tomorrow War” thinks of itself as a sci-fi “Saving Private Ryan” or the heir to the “Independence Day” throne (not that that’s a good movie by any means) but has far more in common with the likes of “Battlefield Earth.”

The biggest sin the film commits (and it does so over and over again throughout its interminable runtime) is how overly serious it is when the story is just so damned silly. It’s not a completely dour apocalyptic vision of the future in that it tries to be funny, but those tries often feel overwritten and laden with the sort of studio notes that make a quip lose all sense of humor and spontaneity. The one exception to this rule is Richardson, who through roles in “Veep,” “Good Boys” and “Promising Young Woman” has shown his naturalistic comedic charm and manages to be the sole purveyor of any laughs to be found in the film. It’s clear that McKay wants to capitalize on Pratt’s transformation from goofy everyman to chiseled action star (and he should know his capabilities, having edited “The LEGO Movie”), but that transition has also seemed to sap him of all his charisma, rendering him a completely uninspiring lead. Richardson easily outshines him, and while it’s unlikely he’s going to be headlining a Marvel movie any time soon, he certainly seems more capable at this point.

The small wonders here, predominantly in the form of Richardson and a comically buff J.K. Simmons in a small supporting role, do little to assuage things, especially as it lurches past the two-hour mark. Pratt is so thoroughly unlikeable in his leading role, and Strahovski is so dead on arrival, that it’s impossible to do anything but laugh at the gravitas of it all. Sure, mankind is going to be wiped out by these spider…bug…tentacle…things, but considering all that we see here, maybe we should just pack it in and let them win. It’s always a good sign when a movie wants you to root for the bad guy, especially when the bad guy is a faceless horde of monsters that also sort of represents the dangers of global warming for some reason. “The Tomorrow War” seems happy to coast on its star, its budget, its fancy special effects and its wide availability via Amazon Prime — and plenty of people will likely see Pratt holding a rifle on the poster and check it out anyway. But it’s that laziness and comfort in mediocrity that dooms it to little more than a footnote. I can’t imagine anyone putting any additional thought into this film once the credits start to roll. Life’s too short for such things.