Trending
You are at:Home»Entertainment»Movies»Movie Review: “Cruella” 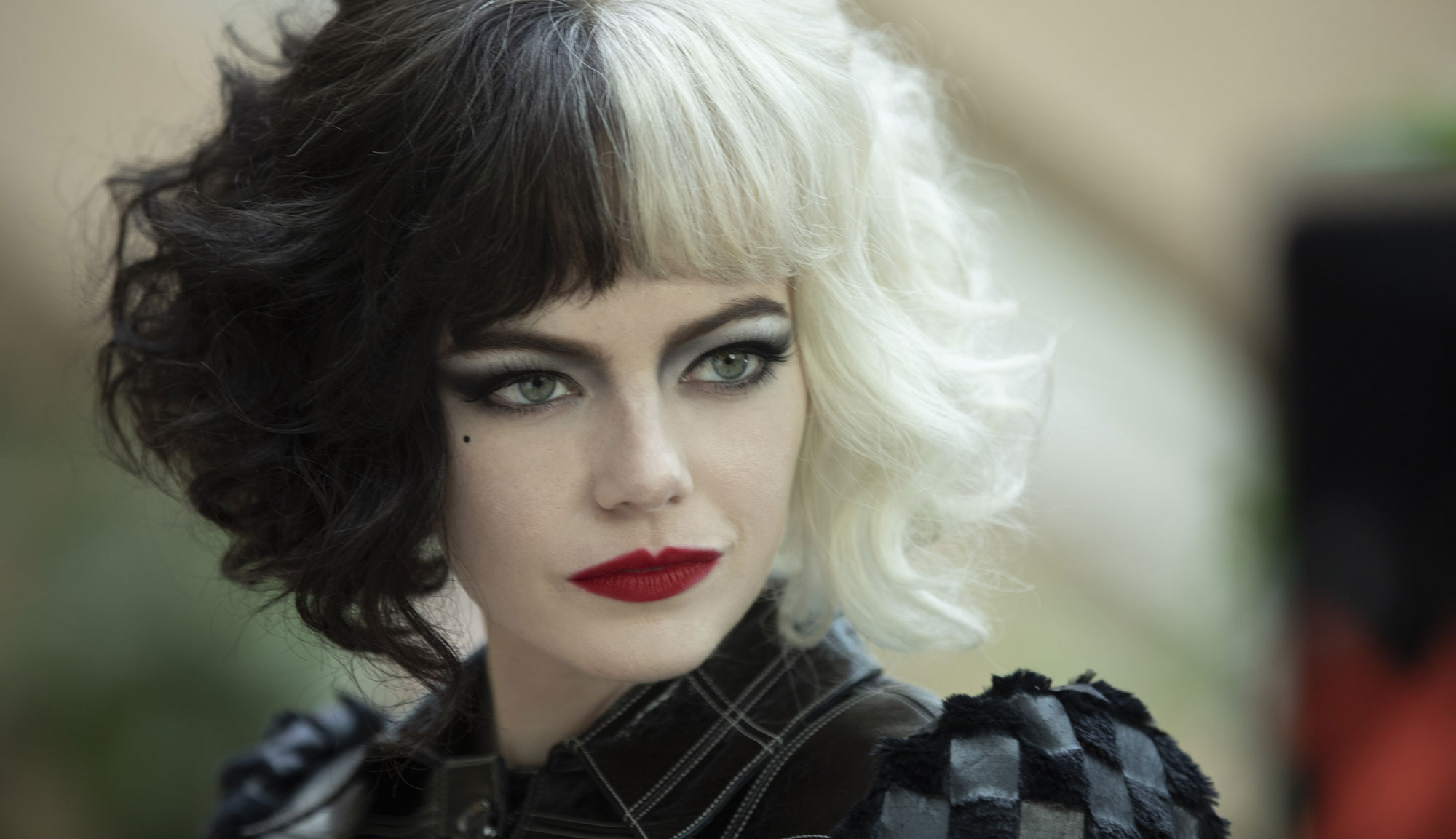 Just under nine minutes into “Cruella,” Disney’s newest reimagining of a classic villain, the little girl destined to grow up to fashion dogs into coats is chased through a high society party by a trio of particularly fearsome Dalmatians, leaving the poor girl traumatized by the experience. The dogs then casually decide to kill her mother by driving her to fall off a cliff in slow motion, just in case the point wasn’t clear enough already.

This trend of Disney films designed to humanize some of their most egregiously evil villains in their animated canon is undeniably a response to the runaway success of the Broadway musical “Wicked” and the way it attempted to soften the Wicked Witch of the West by exploring her youth and the events that led to her fall from grace. Like the “Maleficent” films before it, “Cruella” follows the younger version of the character, giving us a sense of why she might want to murder a bunch of cute puppies for her personal gain. The film spends a scant amount of time with young, orphaned Estella (played by Billie Gadson and Tipper Siefert-Cleveland at various points) until it settles in with Emma Stone, who portrays Estella as a delinquent living in 1970s London with a penchant for costume design alongside fellow layabouts Jasper (Joel Fry) and Horace (Paul Walter Hauser). A chance meeting with The Baroness (Emma Thompson), the most respected clothing designer in the city, gets Estella a job in the industry she loves, but she soon learns that their pasts may be more linked than she realized. In order to get some equal footing, she begins moonlighting as a fashion designer of her own: the enigmatic and punky Cruella.

Suspension of disbelief is a requirement here, not only due to the shift of era (keep in mind “101 Dalmatians” was released in 1961) but for plot reasons as well. The entire second act hinges on Thompson’s inability to recognize Stone in her Cruella persona due to a slightly different hair color. It’s as absurd as it sounds — the sort of farcical concept that would barely hold muster in a ‘60s sitcom. It’s not like director Craig Gillespie tries very hard to hide her; Cruella’s makeup is a little more heightened, but otherwise, she still looks like Emma Stone. In a way, “Cruella” seems like it’s trying to be a parody of other dark origin stories; the initial trailer invited comparisons to “Joker” through a homogenized alt-punk lens, and this seems like a far more arch and winking version of that sort of dour affair. Disney very much wants to frame this film as the fun side of rebellion, with the “A” in Stone’s name turned into the circle-A of the anarchy movement. It’s both extremely silly and transparent — the sort of marketing that seems to aim for the audience it wants to hit but finds every shot curve to the side.

Perhaps most critically, there’s no particular need for us to discover why Cruella de Vil was such a terrible person. The Disney films of years past were not concerned with creating compelling villains with motivations and tragic backstories. These were simple morality tales of black and white, and good and evil. Plots have evolved over the decades, with the rise of antihero storytelling of the grim and gritty ‘70s and ‘80s giving the world an appetite for far more nuanced character portrayals, turning these mustache-twirling beings of unrepentant evil into more tragic figures. That’s no doubt the goal here, and the film will not let you forget it.

Cruella likes dogs, you see — just not Dalmatians. She has dogs of her own; they help her with her schemes throughout and even save her from a fire at one point. But those damned Dalmatians helped kill her mother, so they have to die and become a coat. Indeed, Cruella does nothing especially evil or cruel at all throughout the film, and once the credits roll, there isn’t a sense of how she goes from being the person she is here to the person she becomes in “101 Dalmatians.” So what, then, is the point of it all? Did they leave room in the narrative so they can shoehorn in a sequel before reaching the established canon? That would surely be a cynical way of looking at things, but Disney’s way of doing business invites such cynicism. It’s a self-fulfilling prophecy.

There are attempts, as feeble as they may be, to make “Cruella” worthy of your time. Casting goes a long way, as Stone and Thompson vamp their way through the film, taking full advantage of a lavish costume budget and the arch requirements of the script. But they are just about the only life you can find here, with the rest of it buried under a torrent of 1970s kitsch and unceasingly punishing needle drops. Gillespie is no stranger to needle drops. They were everywhere in “I, Tonya,” and all that got him was multiple Oscar nominations, so it’s hardly a surprise that he would double down on the approach for his next project.

But returns diminish quickly when it comes to this brand of heightened filmmaking, especially for such a questionable premise. The sanitized punk pastiche isn’t helped by all of this, with any chance of it feeling fresh or novel smothered under a torrent of precisely manicured song selections for the Hot Topic crowd. “Cruella” somehow manages to fail to engage with just about any population it’s aiming to please. It’s too far removed from the original “101 Dalmatians” to appeal to those fans, too milquetoast for the punk crowd and too uninspired for everyone else. Even Thompson and Stone, try as they might, can’t find a pulse.