Trending
You are at:Home»Entertainment»Movies»Movie Review: “Joker” 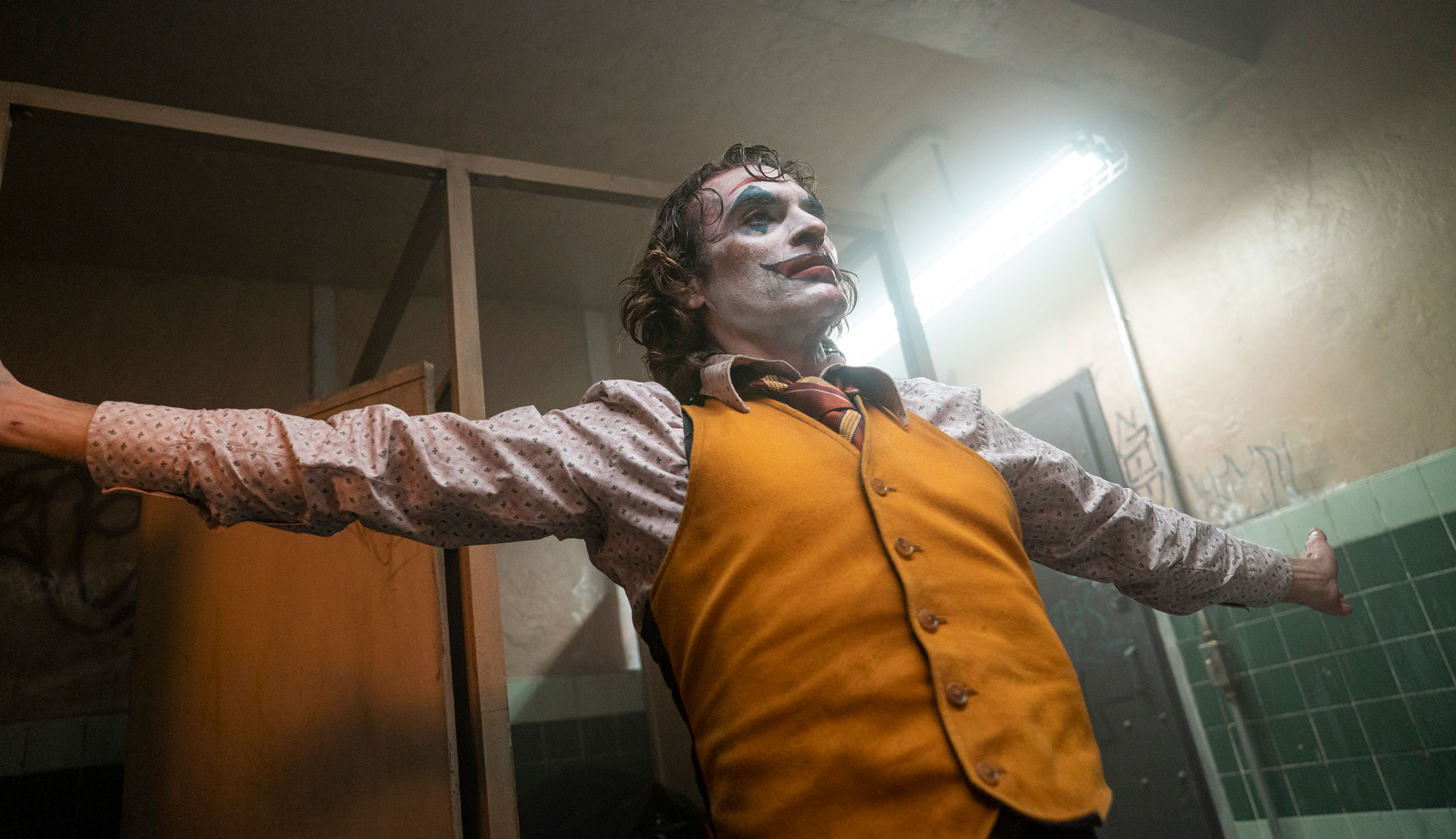 “Cleave” is a fascinating word in the English language, because it is its own antonym. It means to come together as well as to pull apart. It’s also an apt term for the social atmosphere that seems to dominate the world these days. Mass communication through ever-present cell phones, social media and more means that people can find others of similar interests and connect with them. But that also gives way to a lot of bubbles in which the most important topic in that community doesn’t even register for the vast majority of the population. Ahead of the release of Todd Phillips’ “Joker,” there was a lot of discussion about a film that sympathizes (and possibly absolves) a solitary, angry white man causing violence at a time when that happens to be the profile of so many mass-shooting perpetrators and hate crimes.

However, it’s probable that this discourse over a possible apologia for destructive incels never made it beyond Film Twitter, as most moviegoing audiences may not be aware that it’s a potential aspect of the narrative. Ultimately, it turns out that the handwringing over making excuses for the lone wolves preying on society is moot, because while that is certainly part of the optics, it’s buried under so many other awful elements that it doesn’t even register as the biggest issue with Phillips’ movie. “Joker” is a soulless retread that hopes to masquerade in the flesh of a Martin Scorsese/Paul Schrader film in an attempt to seem edgy or dark but is ultimately defiantly mediocre at best and an utter sham at worst.

Arthur Fleck (Joaquin Phoenix) is a mentally disturbed man trying to get by in the chaotic and uncaring Gotham. As tensions mount in the city and social divides widen, Arthur shambles through life as a poorly paid clown, wannabe comedian and devoted son to his elderly mother (Frances Conroy) as every day greets him with a reminder of how insignificant he is. Escaping into fantasies about appearing on the local late night show hosted by Murray Franklin (Robert De Niro), being adored by millions and connecting with his neighbor (Zazie Beetz) offers little respite from the daily debasements. As billionaire Thomas Wayne (Brett Cullen) runs for mayor amidst these growing hostilities, Arthur begins to find his purpose in a dark new persona.

Phoenix once again physically transforms himself for his latest role, appearing dangerously thin and lithe with protruding ribs and shoulder blades. He incorporates Arthur’s neurological disorder of uncontrollable laughter (known as pseudobulbar affect) to convey a sense of a tortured man trapped within the confines not just of an uncaring reality but a body and brain that seeks to betray him. His moments of reverie aren’t joyful affairs but instead mournful breaks from reality where he can get lost in his fantasies before yet another rude awakening. De Niro appears mostly engaged for his performance – which hasn’t always been the case in his recent comedy roles – and carries a sense of authenticity and weight as he beams into Arthur’s apartment every night through the television. Cinematographer Lawrence Sher delivers some excellent shots that are a mixture of foreboding and enchanting – the whimsical nature of a clown as he teeters on the edge of sanity along with the city around him.

That’s it as far as the positives go. There are other actors who deliver okay performances, but ultimately, the entire cast is let down by an awful script from Phillips and Scott Silver, including Phoenix himself. Arthur is basically “movie crazy,” which is to say that he is sporadically unhinged in ways that depend on easily explained origins but manifest differently all the time for plot convenience without being specified. He’s on a lot of “medications,” but who knows what those are or what they are meant to do except help him be less crazy. There’s some lip service paid to trauma, mental illness, abuse and the societal failings of taking care of the vulnerable, but there’s no depth to any of it.

There’s nothing new, insightful or poignant about what Phillips has done here. He’s taken “Taxi Driver” and “The King of Comedy,” added sprinkles of “The Machinist” (and basically all of Bane’s characterization in “The Dark Knight Rises“) and called it a day. The filmmaker wants to evoke a grimy 1970s New York, but with the exception of a couple of poorly staged protests/riots, there is no sense of unrest or corruption. All of the stress the city is under is told through expository radio and TV broadcasts, which means that it doesn’t feel like a city about to hit the boiling point no matter how often characters insist otherwise. Additionally, the period details are all over the place, with anachronistic technology and clashing imagery that once again speaks to a lack of specificity of time and setting.

It’s fine for a film adaptation to deviate from details of the source material as long as it either captures the spirit of the story or is somehow rewarding. The only way that Phillips can feign justification that Arthur is right in his rage is to warp the established DC Comics canon of Gotham and the Waynes so that everyone is an awful person and abuses the protagonist at every turn. Even then, Phillips never settles on a stance about Arthur’s metamorphosis – not in a provocative way that leaves audiences debating, but in a “trying to have it both ways” approach where Arthur is both a regular person with no agenda as well as an anarchist and true victim. In more talented hands, this would be a compelling way to show the various shades of one character, but in “Joker,” it is a cowardly avoidance of anything substantive.

In the 1988 graphic novel “Batman: The Killing Joke” by Alan Moore and Brian Bolland, the artists put forth a possible origin for the Clown Prince of Crime. The running theme of the story is that everyone is one bad day away from becoming a grinning psychopath; with the right push, anyone can become undone and unleash their rage on the world. Of course, that whole point is meant to be juxtaposed with Bruce Wayne and Jim Gordon, two men who suffer horrible days (the death of Wayne’s parents and Gordon’s torture at the hands of the Joker) but push back against turning into what they hate. Sympathizing with the devil is a long tradition in the arts, from “Paradise Lost” to “Bedazzled,” but it requires a keen sense of perspective, a deft hand at contrasting the abuses suffered with the atrocities committed and some sense of originality. Todd Phillips’ “Joker” lacks all of those, and instead, is a poorly assembled slog cribbed mostly from the works of much better artists, revealing a hollow echo of a film without any semblance of soul or originality.