Trending
You are at:Home»Entertainment»Movies»Movie Review: “The Woman in the Window” 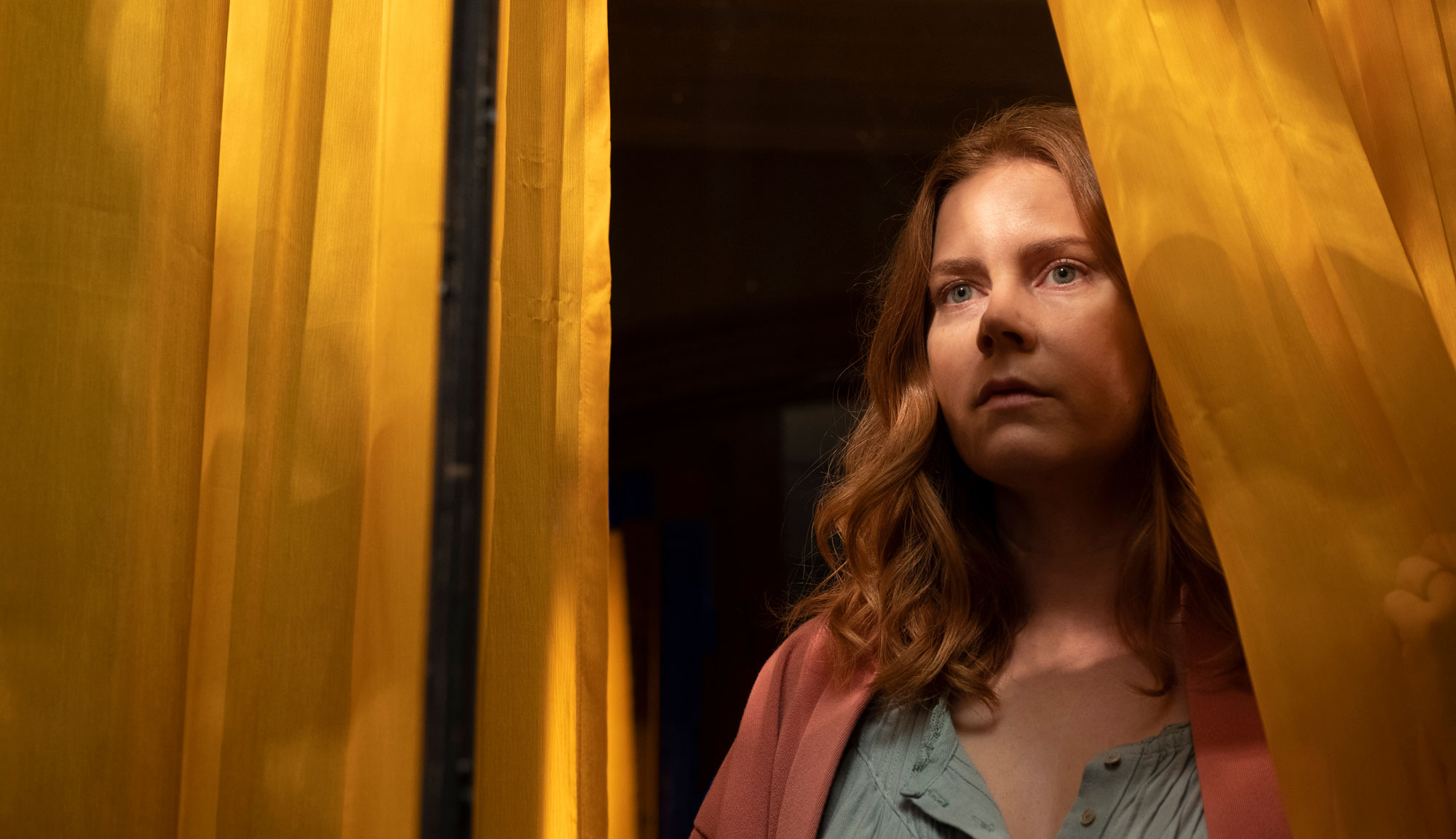 With over 65 directing credits to his name, Alfred Hitchcock’s shadow still looms large over the movie business. He’s probably one of the few directors that almost everyone knows, even if they haven’t seen his work. Over the span of 50 years, he made suspense stories that hinged on audiences waiting for the other shoe to drop and hoping the protagonists find a way to escape inevitable peril. Like all great artists, Hitchcock spawned many imitators, some far more successful than others at capturing his intangible talent for danger and intrigue. “The Woman in the Window” is an homage to many Hitchcockian motifs and a handful of specific films, most notably “Vertigo” and “Rear Window.” But while it contains some very effective performances and scenes, director Joe Wright’s inability to choose between making a piece of overwrought, operatic camp and a very serious thriller ultimately ends up diluting both possibilities and leaves “The Woman in the Window” as simply a pale imitation of much better films.

Following a tragedy, child psychologist Anna (Amy Adams) has become an agoraphobic recluse. She never steps out of the house, interacts only with her downstairs tenant David (Wyatt Russell) and occasionally talks to her husband, Ed (Anthony Mackie), who is with their child as Anna recovers. When a new family moves in next door with a seemingly simple but kind teenage son, Ethan (Fred Hechinger), Anna is quick to suspect abuse given his behavior and the bombastic nature of his father (Gary Oldman). After speaking with Ethan’s mother (Julianne Moore), Anna feels a bit better about the situation, only to witness her being brutally stabbed across the street. There’s no proof that anything happened, and Anna’s proclivity for drinking and prescription drugs makes her an unreliable narrator at best, yet she remains steadfast in her belief that something terrible is happening.

Wright seems to have two styles of movies: cheekiness approaching camp and period dramas with intense emotions. “Hanna” and “Pan” are examples of the former. They have great set pieces and production design, all revolving around familiar pulp narratives told in very engaging ways. On the other hand, works like “Atonement” and “Pride & Prejudice” are romantic odes to fiery passions and broken hearts. One would think that those two sides would excel together to create a bombastic whodunit with twists and turns and red herrings, but it does not.

Based on the book by A.J. Finn and adapted for the screen by Tracy Letts (who also appears as Anna’s psychiatrist), “The Woman in the Window” has multiple compelling sequences and clever uses of perception to preserve its misdirects. However, the film swings too much between serious character study and melodramatic Hitchcockian mystery. It takes a deft hand (like, say, Alfred Hitchcock) to make these extreme tones work together to chilling or ludicrous effect. In this case, it all just feels confused.

Adams is solid as the broken protagonist living in a haze of drugs and despair, oozing intensity while clinging to maintain whatever natural, nurturing elements remain inside her. Though the film is heavy-handed with emphasizing that she’s stuck in the past — watching the same old movies, staying in the same clothes or moving between the same rooms — it still creates a very clear picture of a haunted woman who the audience sympathizes with but also gets frustrated by when she can’t get out of her own way or pulls rookie mistakes in her snooping.

Oldman and Moore aren’t in the movie very much, but they seem to be enjoying themselves, with Oldman playing the brash financier who brooks no dissent and Moore serving as a glimpse of hope for Anna before it all gets ripped away again. Brian Tyree Henry and Jennifer Jason Leigh have even smaller parts, but they make every second of their screen time count in impressively subtle ways.

That subtlety is much appreciated because a lot of this movie is not subtle. Hechinger plays Ethan almost exactly like Denny from “The Room,” an odd man-child who’s very sweet but certainly a bit creepy, while Russell is finding himself increasingly typecast as a seemingly normal dude with anger issues. Additionally, there’s a villainous monologue straight from a Bond film that is preposterous and not at all unnerving, as well as one final nod to Hitchcock in the end that feels as equally unwarranted as it did in “Psycho.”

The most off-putting part of the movie, however, is the rhythm of the dialogue. Most scenes sound and feel like they were written for the stage. The ratatat of monologues interspersed with cross-examining statements would feel more at home under Broadway lights, which makes sense considering Letts’ history as a playwright.

“The Woman in the Window” has major tonal issues as well; it feels like it can’t pick a lane or at the very least figure out how to make its various pieces coherent. There are ridiculous motives and coincidences, impossible close calls and unrealistic circumstances, but then there are also very serious moments dealing with trauma, suicide and abandonment. There are ways to weave these strands together, but Wright doesn’t utilize them, while the few touches of decadent imagery are often obscured by poor character work or clumsy dialogue. “The Woman in the Window” may owe a debt to Hitchcock, but it plays more like one of his lesser, forgotten films in that it has some great moments but a lot of missed opportunities.