Trending
You are at:Home»Vices»10 Most Exciting Slots Based on Books 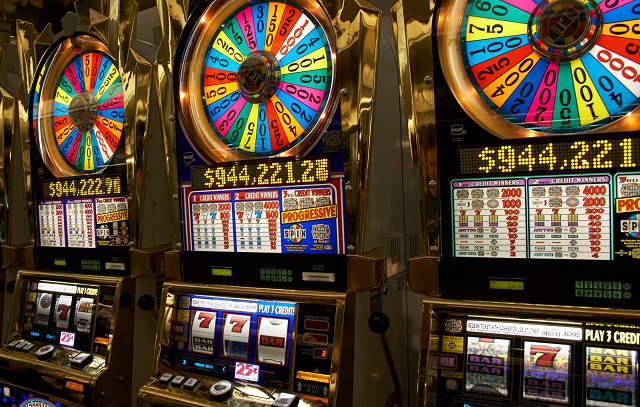 Since slot machines were first created in the 1800s, they have undergone amazing evolution to offer players more fun. The games moved from a purely mechanical system with a simple lever to electromechanical cabinets with buttons and digital displays, and most recently, to purely software-based games like online slots at Vulkan Vegas.

The slots popularity has also grown immensely thanks to the adoption of new features that weren’t there before. Initially, slot games were simply about matching fruit symbols, but things are different today even though the primary objective still remains the same. Recent slot games come with a personal touch thanks to the introduction of storylines and themes inspired by pop culture, legends, myths, history, tv shows, movies, music and even books.

And speaking of books, some of the most played slots today are based on the immersive tales from creative authors, whereas games like the Book of Rebirth slot by Spinomenal have actual books that form part of the in-game symbols. Here’s a look at ten of the most exciting book-themed online slots you can play today:

Relish free spins bonuses along with expanding wild icons in this impressive game powered by Spinomenal. The game is based on the ancient Egyptian theme about a mythical Book of Rebirth, a manuscript that tries to solve the mystery of reincarnation. With 5 reels, 10 paylines, a decent 95.9% payout rate, accompanied by a jackpot win of up to 5000x your total wager, you’ll find plenty of reason to play this elegant slot.

2. Jack and the Beanstalk

As you might have already guessed, the Jack and the Beanstalk online slot is based on an English fairytale that we all read countless times while we were young. NetEnt decided to give casino players a chance to relive the story on the reels via top-quality graphics and exciting animations to inject more immersion into the gameplay.

Central to the action in the 5-reel, 20-payline slot game are walking wild symbols that award re-spins up until the walk fades away from the leftmost reels. Activate the free spin bonus round, and you’ll play up to 15 free games. Accumulate the extraordinary key symbols to bring into play expanded wilds, which can go up to 3 symbols high. Plus, with the potential win of up to 3000x your bet per spin in the bonus, it’s certainly one to try out.

Game of Thrones is not only a famous book but also a Television series that enjoys a massive fan base around the globe. Microgaming’s Game of Thrones slot game is inspired by the same book, and the developers did a splendid job with it.

The slot game comes in two different editions where one features 5 reels and 15 paylines, whereas the other comes with a similar number of reels but with 243 win lines. Whichever way you go, the slot’s numerous free spins bonus rounds, multipliers, stacked symbols and a jackpot of over 20,000x your bet per spin are some of the great things that make the game exciting and worth a try.

Loosely inspired by Edgar Rice Burroughs’ novel, Tarzan of the Apes, the Tarzan slot from Microgaming revolves around the renowned guy of the jungle himself. The Tarzan online slot machine is just as electrifying as the narrative, featuring loads of animal-themed symbols as well as winning bonus features.

Additionally, you’ll also find stacked wild symbols offered alongside a Bonus Wheel on which you could take home up to 1000x your bet amount should you win the jackpot reward. Furthermore, there’s also the Pick-a-Potamus bonus game, a free spins bonus round offering up to 12 free spins and the Rolling Reels with Growing wilds that offer you the opportunity to win again and again from every free spin. The slot offers quite a lot of bonus action.

Jack Hammer is yet another book-themed online slot that will take you on an escapade with Jack Hammer himself and the desperado Dr. Wuten. This slot comes as the perfect game if you enjoy reading comics. Created by NetEnt, Jack Hammer has 5 reels and 25 adjustable paylines to help you choose the level of risk-reward you want. On top of that, the slot also has free spins and multipliers that offer you the chance of landing big wins.

The book is brought to life with the NetEnt slot machine bearing a similar name. With 5 reels, 20 paylines, the Robin Hood online slot has a free spins feature and a shifting reels feature, all of which offer you the chance to gain extra wins.

Another exciting title from Microgaming, the Jekyll and Hyde slot is adapted from the classic tale written by Robert Louis Stevenson. The story is about a doctor who has two conflicting personalities – when he’s nice, he’s called Dr. Jekyll, but when he becomes bad, he turns into the formidable Mr. Hyde.
The book has an eerie ambiance, which was seamlessly reconstructed in the 243 ways-to-win slot machine, with extra wild symbols to boost your wins. Besides, there are 10 free spins offered, and you may perhaps witness Dr. Jekyll become Mr. Hyde on the reels during the free spins bonus round. The Mr. Hyde free spins round can be highly rewarding, offering a top payout of up to 3600x your bet.

Dracula is an online slot machine powered by NetEnt that was created in cooperation with Universal Pictures. Based on Dracula, the famous American horror film released in 1931, a film which was adapted from Bram Stoker’s novel of the same title, Dracula is a 5-reel and 40-payline slot machine featuring a delightful Bat feature in which bats form a bunch to turn symbols into one random icon. The free spin round begins with 10 free games along with bats converting icons where, if you manage to get 20 bats, the entire reels will fill with bats. Splendid in terms of graphics, the Dracula slot provides you with a spine-tingling gaming experience that will keep you returning for more.

The Riches of Don Quixote online video slot game is a ‘knights in shining armor’ machine with a twist. In this game, Playtech borrowed a leaf from the world of the eccentric knight from the iconic Spanish 17th-century novel Don Quixote by Miguel de Cervantes.

Whether you’ve read the book or not, you’ll surely enjoy the fun and lucrative mechanics here, such as free spins, stacked symbols, plus a few breathtaking multipliers. With a chance of hitting a jackpot of up to 3000x your initial bet amount, the Riches of Don Quixote online slot is an exploit worth venturing into.

The Invisible Man from Net Entertainment is an online slot inspired by a movie that is based on the immensely popular classic novel by H.G. Wells. Generally, the story is about a scientist seeking to become invisible. The Invisible slot machine is presented as a 3D video game featuring crisp visuals coupled with similarly top-notch soundtracks. What is more, the slot features wilds with respins, numerous free spins rounds and bonus games that can earn you massive wins of up to 1000x your initial stake on one spin – an outstanding slot worth playing.

Of all these slots, which is your favorite game based on a book or with a book as one of the characters? And if we’ve not mentioned your best pick, we’d like to know about it.