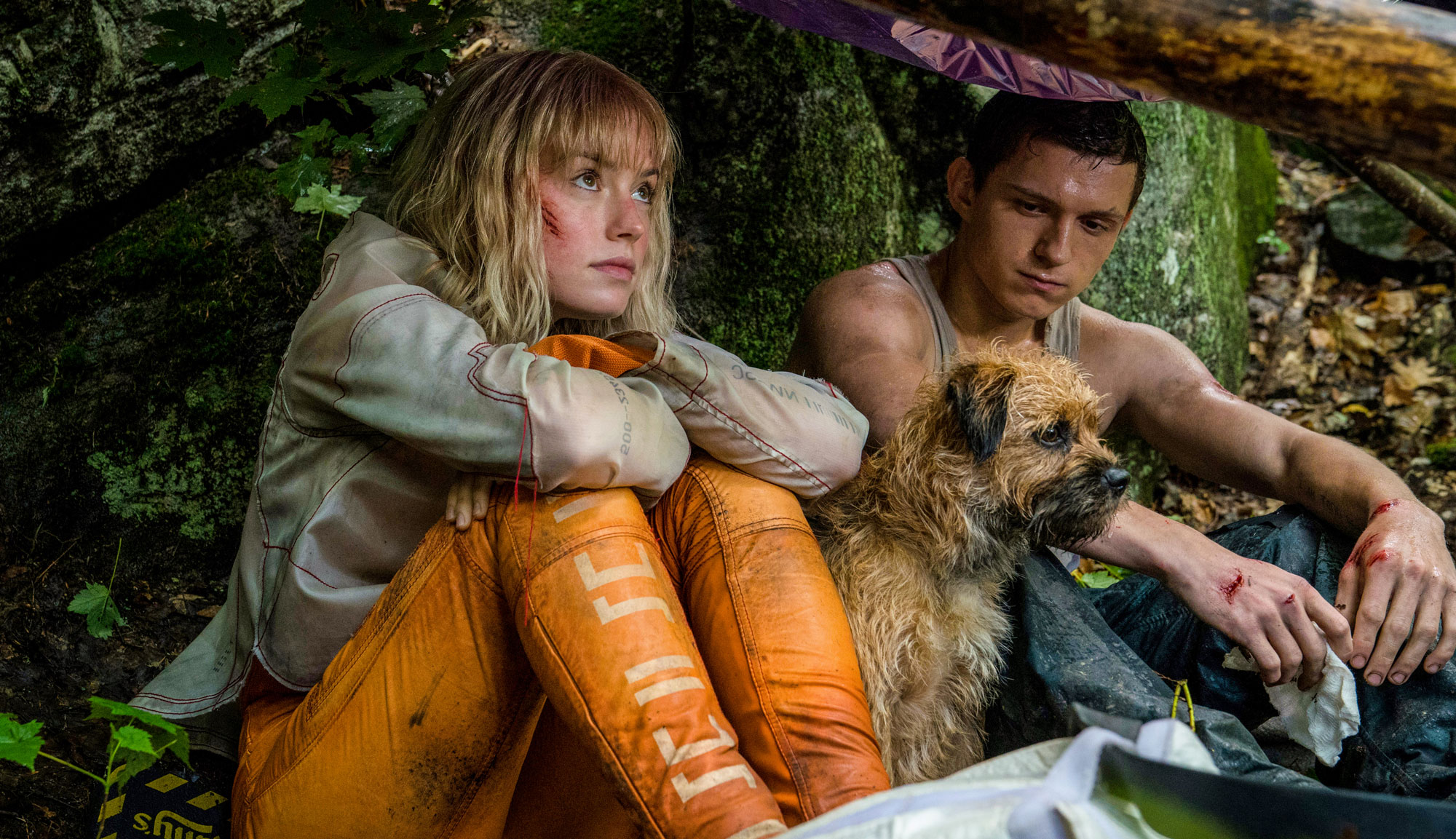 At some point in our lives, rules start to matter in storytelling. They are, after all, the framework on which a successful narrative is built. This is the issue with Doug Liman’s “Chaos Walking.” Despite being based on a trilogy of books (and a screenplay co-written by its author, Patrick Ness), the rules in the film are remarkably inconsistent, which distracts from its own tale. While it boasts strong performances, some cool visuals and multiple engaging sequences, a lot of “Chaos Walking” feels like it’s missing key pieces needed to make it a more enjoyable movie.

The story takes place in the near future, where settlers on a new planet discover that men’s thoughts get projected outside of their bodies in the form of phantom images and voices emanating from their minds. They call it the Noise, and while this condition doesn’t affect women, that’s sort of a moot point since all the female settlers were wiped out many years ago. When a spaceship doing reconnaissance for the next group of colonists crash lands near the frontier village of Prentisstown and a female astronaut named Viola (Daisy Ridley) emerges as the only survivor, she finds herself in the maniacal crosshairs of Mayor Prentiss (Mads Mikkelsen), the town’s de facto leader. With the help of a farm boy named Todd (Tom Holland), Viola journeys outside the village to escape the mayor’s clutches and contact her fleet as she’s forced to content with the planet’s indigenous creatures and a new companion whose thoughts are always on display.

As a visual effect, the Noise looks really cool — like a mixture of an oil slick rainbow, a dreamy vapor and projected images. The audio design, which is comprised of voices and sounds coming from multiple directions as they emanate from the thoughts of the characters, is also a smart touch that imbues otherwise stale moments with a paranoid intensity to make it more engaging. But the rules for how it all works seem to change depending on what the scene calls for. In most cases, people have to concentrate and retain control to stop their Noise from letting their thoughts be known at a deafening level. But in one of the most emotional moments of “Chaos Walking,” there’s no sign of it occurring — quite the opposite, in fact. It’s a smart narrative device and a pretty heavy-handed metaphor, but there’s no real display of its limits or possibilities; it just fortuitously allows characters to use it or not in order to get to the next part of the story.

Despite the film’s flimsy narrative scaffolding, the cast of “Chaos Walking” is superb. Holland and Ridley are basically playing variations on their best-known roles — an awkward teen trying to do the right thing and a plucky woman who finds herself in the middle of a dangerous adventure — but they’re solid character types, and the actors remain committed no matter how familiar it may be to them. They also have real chemistry that propels stretches of the film and, as the emotional core of the story, lifts up the experience.

Cynthia Erivo, Demián Bichir and David Oyelowo are also playing fairly stock YA dystopian characters, but it never feels phoned in, as the actors are able to give them distinctive personalities within those bounds that make them engaging and appear more unique than they are. And then there’s Mikkelsen, who is fantastic in just about everything he does. As Prentiss, he entwines a sense of charm and menace that befits a charismatic but dangerous leader; he’s a constant, looming threat, but it’s hard not to fall for his siren song.

Unfortunately, these performances are compromised by significant production problems. “Chaos Walking” clearly has behind-the-scenes issues, perhaps due to the fact that it was originally shot in 2017 and set to come out in 2019, only to undergo massive reshoots that bumped its release to 2020 before the world then caught fire. Reshoots aren’t anything new or necessarily indicative of a movie’s quality. However, instead of Liman overseeing these new sequences, they were helmed by “Don’t Breathe” director Fede Alvarez. It’s hard to say if these odd gaps and incomplete storylines were always in the script, but they detract from an otherwise promising concept.

The story itself makes it evident that Ness and co-writer Christopher Ford were charged with creating a franchise. Storylines involving the mysterious creatures on the planet, the politics between various groups and the secretive backstories of certain characters aren’t resolved and thus just kind of exist, hoping that audiences don’t ask questions. There is also a great inconsistency with Todd’s character switching between naïve and savvy in his relationship with Viola, which hinders what is an otherwise strong dynamic. While subtlety isn’t always a good thing, far too much of the characters and their motivations are spelled out (and literally screamed in a few cases) instead of trusting the audience to pick up on the already obvious clues.

“Chaos Walking” isn’t awful, but it is frustrating. There’s a lot of promise in its clever premise, but a botched execution makes it a vexing experience, as there is a clear disconnect in multiple parts that frequently interrupt the goodwill it’s establishing. It’s a fine movie with enough highlights to entertain, but the lack of respect for its own rules undercuts its impact at every turn. Characters in “Chaos Walking” have to learn to concentrate and control their thoughts or else it becomes a loud jumble. It’s a shame the filmmakers couldn’t learn that lesson as well.