Trending
You are at:Home»Entertainment»Movies»Movie Review: “News of the World” 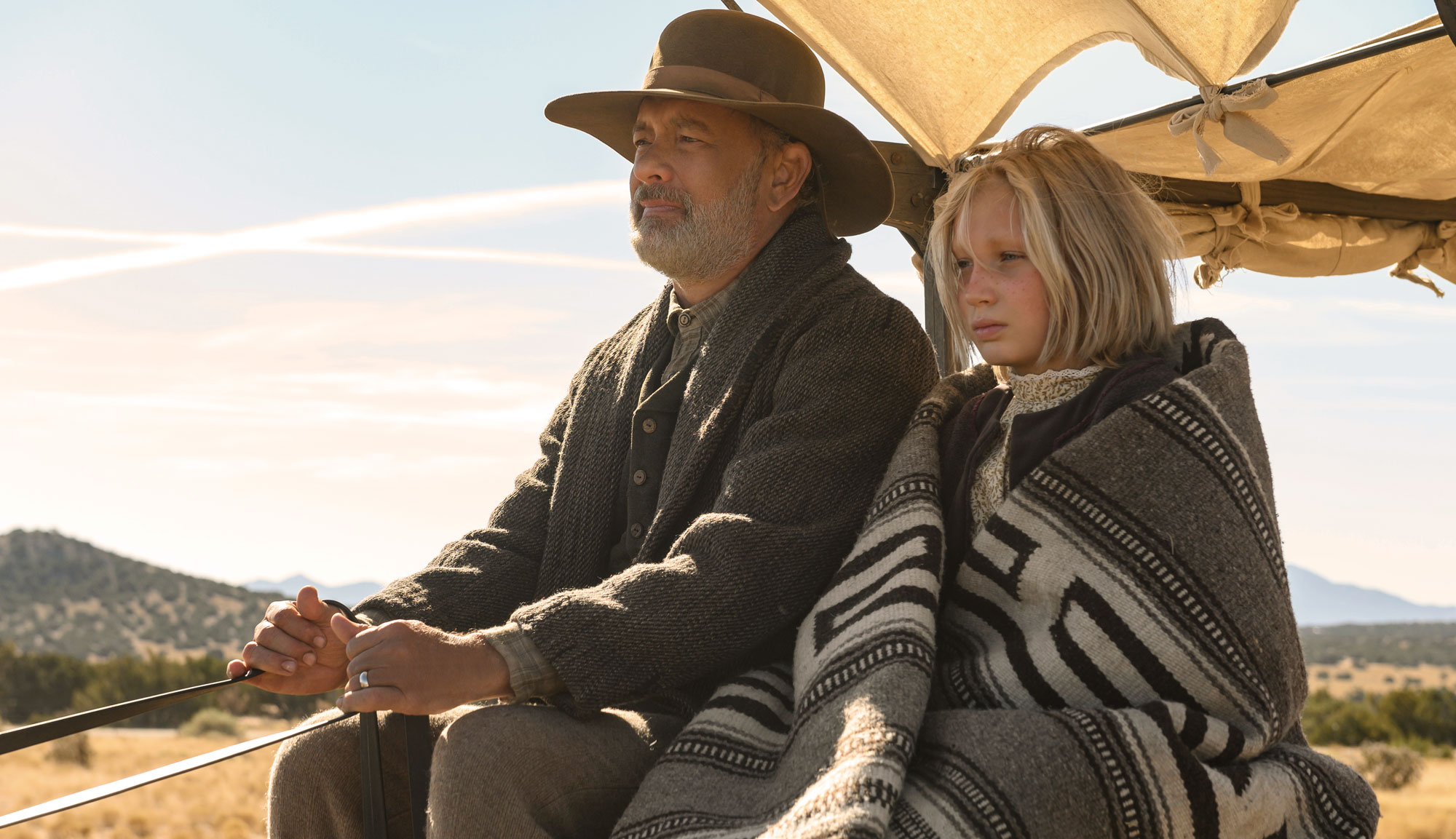 There’s a very fine line between finding common ground and overlooking important differences. This demarcation usually arises in discussions about equality versus equity. There are many shared traits and experiences between people, but while one of the threads connecting all of us is pain, a quick summation brushes past the severity of certain traumas to push towards an imbalanced unity. Directed by Paul Greengrass, who also co-wrote the script with Luke Davies, “News of the World” takes place right after the American Civil War and finds a scarred man traveling across a broken nation with a wounded child — seeking not just homes for themselves but also some semblance of meaning amidst all the hate and hurt. There’s great beauty and poignant moments, but ultimately, it feels like a pulled punch from a director who’s usually interested in evoking visceral reactions from audiences.

In 1867, Captain Kidd (Tom Hanks) travels between rural towns in Texas reading the news to people. While making his way from his latest performance, he happens upon a ransacked wagon and a lone survivor — a seemingly feral young girl named Johanna (Helena Zengel). Johanna was taken by the Kiowa people and raised as one of their own, but she was eventually rescued by Union soldiers and sent to go live with her relatives in a town far away. Neither the Captain nor Johanna speak each other’s language, but they figure out a means of communication as they set out over treacherous terrain.

While there are a few subtle clues that would alert keen-eyed viewers, it’s close to impossible to recognize this as a Greengrass film — for good and bad. Much like his other movies, the camera is almost constantly moving, whether handheld or panning across some area. However, the frenetic nature of his immersive visual style (handled by cinematographer Dariusz Wolski) is calmed down, so there are wider shots that take in the expanse of landscapes and skies. There are even a few mounted and non-moving shots, suggesting the occasional sense of calm or normalcy before going back to that unsettling feeling due to the near-constant movement of the frame.

“News of the World” also differs from previous Greengrass productions due to a more subdued tempo. Unlike the frenzied intensity of movies like “The Bourne Ultimatum,” “United 93” and “Captain Phillips,” this post-Civil War tale has many moments of tranquility in between the action. That’s not to say that the movie is boring or slow (though it does drag in some parts) but merely that Greengrass’ other films used very quick pacing and a shaky camera to emulate the adrenaline rush and submerge audiences into a heightened mindset. There are a few sequences of such chaos, but those are offset by these hushed scenes with its two wayward characters.

Hanks uses his public persona of being a good guy to infuse the Captain with a true sense of decency. He has strong chemistry with Zengel, a young performer who turns in a great performance without many words. Her talents impressively capture the impertinent nature of a child and the weariness of an old soul that has seen too much. The Captain is introduced to viewers getting dressed for his performance, draping a smart suit over a body riddled with scars from the war. He simply wants to spread the news to people who spend their days toiling in a state that is still on the fence about rejoining the nation. The soul of Texas is in tatters after a war that broke their soldiers, laws that changed certain ways of life and constant fighting with Mexican and Indigenous people for control of land and resources. The general theme is of a decent man navigating a world on the brink, trying to spread his own quiet righteousness through informing and entertaining others. When the Captain and Johanna pass through a small backwoods town controlled by a vicious boss, the imagery evokes the fallen kingdom of man in 2014’s “Noah.” There are shootouts in rocky crags, wagon mishaps, a twister, men seeking to own Johanna for dark purposes and other obstacles that underscore the moral maelstrom around them.

Early on in “News of the World,” the Captain seeks to calm a rowdy audience agitated by the presence of Union soldiers. He diffuses the situation by stating that everyone has pain, everyone has suffered and “we all play our part in it.” In other words, “Let him who is without sin cast the first stone.” It’s a well-intentioned attempt at speaking to a sense of empathy, but it doesn’t ring true to the way that it’s handled throughout the film. The Captain insists on being addressed by his rank, even though he’s no longer in the service and his infantry was disbanded when they lost the war, and people talk about how they had to fight and that it’s unfortunate that so much death happened. These are meant to be nods to the fact that the past must be addressed and understood before moving forward, but when the argument is that Texans had to fight to secede, that’s a false equivalency. There’s a lot of “There’s good people on both sides” that may be true but doesn’t take into account the horrors of certain actions. Union soldiers are shown as generally impassionate, desperate people can occasionally turn villainous and the Indigenous people can be aggressors, albeit in ways never visually depicted.

There is a lot of beauty in “News of the World,” with gorgeous shots of a wondrous land, heartfelt scenes between actors delivering tremendous performances and an impassioned call for doing the right thing when the whole world makes it hard to do so. But it also fails to go deeper or explore various disparities. With Hanks at his Hanksiest, the Captain is always portrayed as decent, and as a result, his journey isn’t as morally perilous without any sort of temptation or reckoning with a darker past. There are moments that try to address this void of moral complication, but they are too slight and too late to be effective. “News of the World” is a fine movie that wants to serve as a beacon of hope, but it never truly engages the darkness surrounding it.