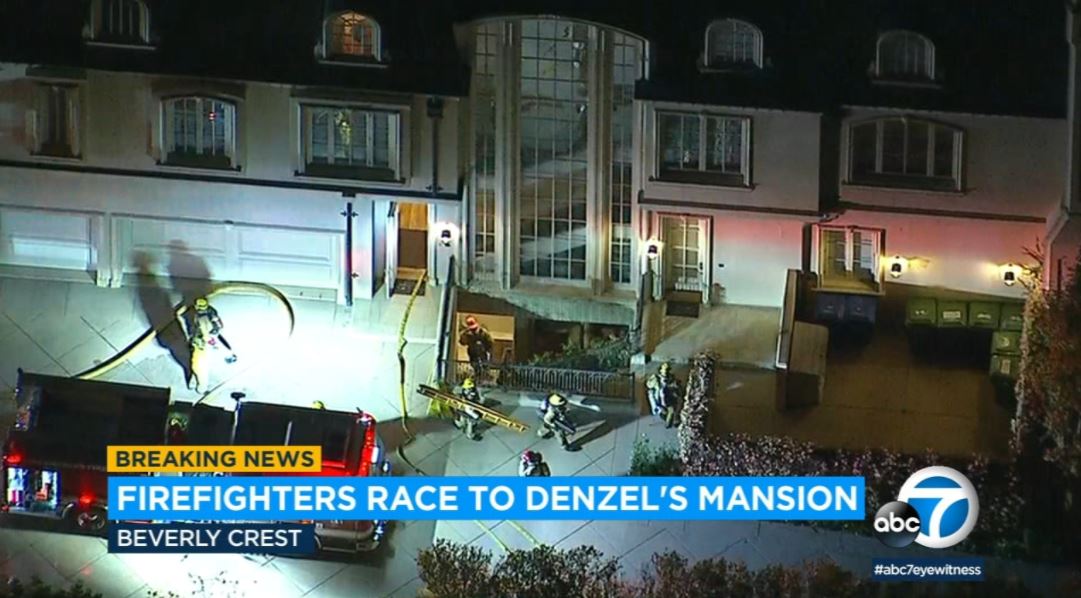 Authorities responded to a blazing fire last month at an LA mansion reported to belong to actor Denzel Washington. The actor, whose net worth is estimated at $190 million, is also reported to be safe after evacuating the sprawling estate. Fire damages are increasingly prominent in California due to several environmental factors including climate change. However, many people don’t properly insure their homes against fire damage, and filing an insurance claim is not as simple as it sounds.

A Big Mansion for a Big Star

You may know him from Hollywood classics, often portraying an assertive, yet thoughtful and compassionate coach or father figure. His roles even take him to the idiosyncratic and humble, such as his recent appearance in the legal drama film Roman J. Israel, Esq. However, one look at his 28,887-square-foot, four story mansion reveals that his lifestyle is anything but humble.

The Denzel Washington mansion in LA sits on a 1.5 acre property and boasts French-inspired architectural details. Even more impressive are the impeccable gardens and landscaping which feature a central courtyard with a pool and surrounding tennis court. But on the evening of November 11th, shortly after 8 p.m., the Los Angeles Fire Department arrived at the property after receiving a call from a neighbor. Upon arrival, the authorities noted without naming names that the residents had exited the building safely.

According to an official spokesperson from the Fire Department, the firefighters only found smoke on the second story, and no flames. Using thermal imaging cameras, firefighters also scanned the entire building looking for heat sources within the walls of the mansion, where many fires often spread. Apparently, the furnaces had recently been serviced, which could have caused the smoke to travel throughout the building.

This shouldn’t hurt the Hollywood star, however, who’s connected to local areas via his art. In 2000 he played the role of the head coach of a local high school, TC Williams, for the film Remember the Titans. The classic cinema relived the story of TCWHS historic state championship run. While everyone fortunately escaped this incident without harm, the damages inside the building are yet to be determined.

Damages From Fire and Smoke

The Denzel Washington mansion in LA is an example of what can happen to a home even with minimal fire and smoke damage. The obvious is that fire can completely incinerate walls, carpets, roofs, and any other building material which burns quickly, such as insulation. The not obvious part is that these materials give off smoke when they burn, and smoke can cause equal if not greater damage because it spreads quicker. This is an important consideration when filing an insurance claim after a disaster like this occurs.

Smoke can completely destroy laptops, cell phones, and appliances by entering through exposed ports and gaps. Smoke and soot can also seep through your vents, filling every duct in your home with carbonized particles that can permanently damage furniture and carpets. Not to mention, smoke contaminates the air you breathe. Therefore, you would need to replace your entire duct system to fix the problem. If you are lucky enough to have fire insurance for your home, there are a few things to keep in mind after an incident.

If you find yourself in this unfortunate situation, you would first call your insurance company who will send an adjuster. This person will analyze the damages and get you emergency help. These costs are called Additional Living Expenses and cover rental cars, hotels, meals, and anything else you need if you can’t live in your home. However, their job is to pay you the minimum amount covered by your insurance.

In this case, you may want to consider hiring a public adjuster to analyze damages and negotiate a settlement on your behalf. They will take a small fee of the total payout you receive, and so it is in their best interest to get you the maximum payout. Your job is to document everything as best you can, so your adjuster can make a stronger argument for the items and damages you need replaced.

It is also important to take into account the amount of insurance coverage you pay for. If your house suffers $600,000 worth of damages, but your insurance plan only covers $400,000, then you may lose more than you gain. This is called a ‘total loss’ fire claim and only applies if you lose everything including your house. For this reason you may also want to keep documentation of every single valuable item you own. This will make calculating your total damages much more efficient in the end.

Fight the Fire with Insurance

Denzel Washington won’t have to learn how to file an insurance complaint after the fire in his home, but you definitely should. These claims have the potential to give you peace of mind after a fire in your home. However, if you’re not prepared, they can also leave you in debt and without a place to live.