Trending
You are at:Home»Entertainment»Movies»Movie Review: “Nomadland” 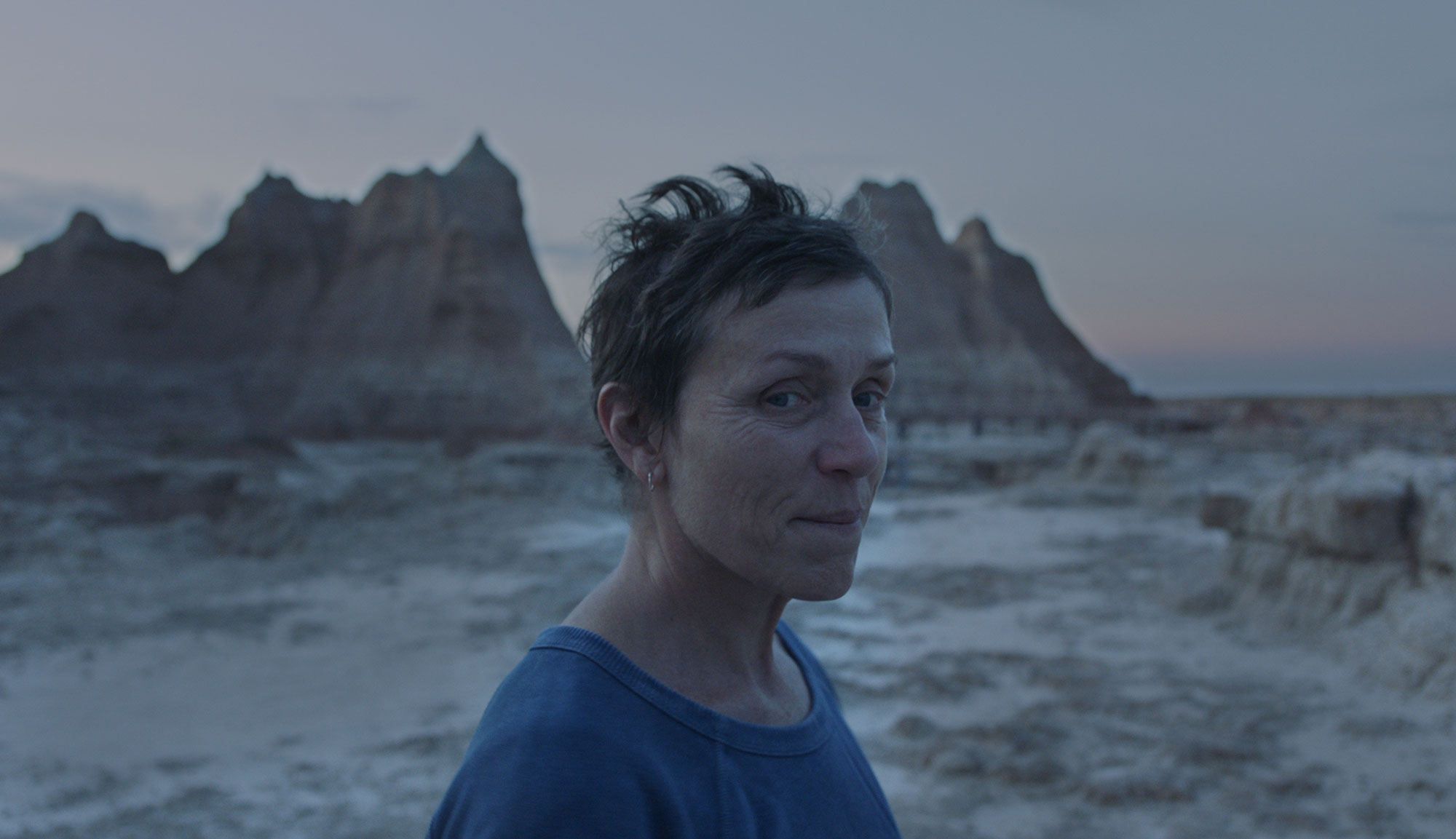 Despite being totally grounded in reality, “Nomadland” is a film filled with ghosts. From the opening screed about the collapse of a company town to the closing credits, the story is permeated with the specters of the past. There are the dead relatives and spouses that cling on to the various travelers, and the decomposing American dream that has left so many people behind while providing massive economic growth for a few. Even the lure of exploring the frontier haunts every frame of this movie. Writer/director Chloé Zhao has created a gorgeous film that looks into a world of forgotten (or simply ignored) people traversing the land through the lens of Frances McDormand’s powerful performance. Based on the book by Jessica Bruder, “Nomadland” isn’t incredibly thrilling, but it manages to captivate through its lyrical meditation on how mythic America connects to the nation’s past and present.

When her hometown of Empire, Nevada, falls into economic ruin following the closure of the local gypsum plant, Fern (McDormand) decides to pack up her van and leave, taking jobs at Amazon warehouses, national parks, roadside stops and more while traversing the country on her own. She finds likeminded “nomads” in Linda May and Bob Wells (ostensibly playing themselves), who have also embarked on this lifestyle and gather annually in the Arizona desert to create a sense of community, however far-flung each member is from another. There is a freedom found in traveling around the western half of the nation but also many trials and an encroaching loneliness that is always waiting in the shadows.

Most people will not enjoy “Nomadland.” That’s not an indictment on them or the film, but it’s simply an assessment based on the way Zhao paces out the story, how little action and dialogue there is, and the lack of a traditional arc or conclusion to the plot. However, for those who are accepting of this ambiguous, wandering survey of life and the United States, “Nomadland” is one of the best films of 2020. Much like her previous two features (“Songs My Brothers Taught Me” and “The Rider”), the multi-hyphenate filmmaker crafts a gorgeous movie with incredible cinematography, raw turns by her cast and a cryptic but impactful musing on the subjects at hand. “Nomadland” is very much akin to a book you might read in a Contemporary American Literature class, where there are many recurring themes and symbols that pop up throughout but never in service of delivering one specific message or opinion. These narrative tools help create a muddied world of complicated people, as the thing they cherish is also the thing that can hurt them the most.

Discussions and scenes are built around ideas like the circular nature of life, maintaining one’s own van/home, unknown paths leading to unknown destinations and more. There are many conversations extolling the freedom found in being able to drive away and experience new places at any given moment, but there are also tales of heartbreak and mourning. Zhao masterfully creates a sense that there truly is something liberating about breaking away from the “normal” life that once was the default for American society. She also explores the possibility that people are looking for silver linings when examining a world they no longer recognize.

Beyond the spectacular visuals from cinematographer Joshua James Richards and a score by Ludovico Einaudi that equally evokes hymns and pop songs, “Nomadland” is fueled by incredible performances. McDormand exudes a world-weary attitude that is often masked by pleasant small talk and that particular type of sweet enthusiasm found in older people. Given how sparse the dialogue is, it’s impressive how well the actor is able to convey a deep sense of exhaustion but also a reserve of strength while on her journey. Her body language and facial expressions alternate between enigmatic and very obvious, but they are constantly telling a story.

The rest of the cast also deliver strong moments, made even more impressive by the fact that the vast majority seem to be playing themselves. They are each credited with the same name of their characters, and Bob Wells (an internet personality who proselytizes the nomadic lifestyle) even speaks with Fern and others about his real-life experiences. Assuming they’re not trained actors, they never come across as being awkward in front of the camera or going through the motions. Instead, every scene and line of dialogue feels lived-in and like a natural interaction that you would find in a documentary.

“Nomadland” is a contemplation of the comfort and melancholy that is found both on the open road and in solitude. Living beneath the wide expanse of a southwestern sky brings an appreciation of a wondrous world but also underscores how small one is in the grand scheme of things. Zhao never pushes one side of this dichotomy over the other, instead showing how they are essentially equal parts found in these journeys. Using authentic performances and the natural splendor of the country, the filmmaker depicts a people who have had the ground yanked from underneath them and are seeking more ground to replace it. “Nomadland” is concurrently a celebration of the pioneering spirit and an elegy for a frontier that may have never existed.