Trending
You are at:Home»Entertainment»TV»“The Mandalorian” Recap: Season Two, Part One 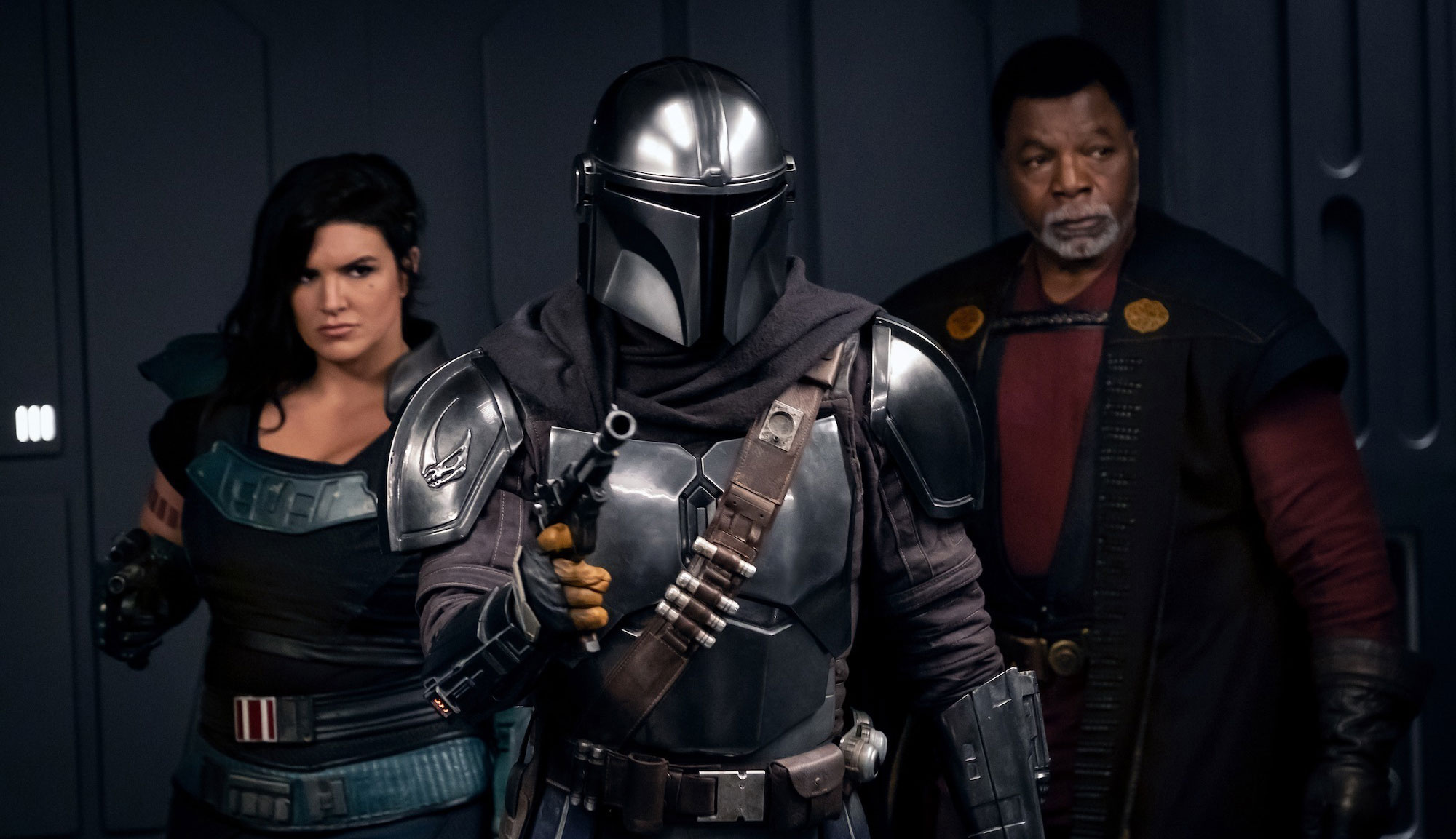 “The Mandalorian” is easily the best piece of “Star Wars” content that has been made since Disney acquired the property from George Lucas, with the exception of the new Marvel comics. That’s hardly a controversial statement given the incredibly varying degrees of praise and scorn that the latest movies have received. At best, each new cinematic entry in the “Star Wars” franchise is a mixed bag, with some having more strengths than others, as well as their share of passionate proselytizers and venomous detractors. “The Mandalorian,” meanwhile, has been embraced by all types and tiers of viewers, spawning widespread accolades and a balance that has been lacking in the quarrelsome fandom. For the first half of its second season, “The Mandalorian” continues its tradition of excelling — mostly.

The four episodes that have aired so far follow Mando (Pedro Pascal) as he seeks to reunite The Child with some remnant of the Jedi. The bounty hunter turned babysitter no longer has a home or family, except for his ship and the few allies that he’s made along the way. The first step to bringing The Child to these space wizards is to find other Mandalorians who can direct him to his destination. This leads Mando to multiple planets and various tasks in order to deliver his tiny co-pilot.

There are a number of things that set “The Mandalorian” apart from the other “Star Wars” shows and movies that have been released since 2012 (or even earlier with the prequels). First and foremost is the talent involved and their general approach to the material. Creator/writer/executive producer Jon Favreau has worked to imbue the series with a wide-ranging blend of influences, from samurai films to Westerns to space operas. “A New Hope” was partially built on the same influences, including Akira Kurosawa’s “The Hidden Fortress,” John Ford’s “The Searchers” and the old “Buck Rogers” serials, which helps the Disney+ series feel like a true spiritual successor; it’s more interested in aligning itself with the building blocks of the original trilogy than seeking to retread what Lucas did.

“The Mandalorian” also benefits from having a new character who’s unrelated to the previous stories. Freed from the convoluted mythos where an entire galaxy centered on two families, Favreau’s series isn’t beholden to people’s expectations about beloved figures or yet another saga of a scrappy reliance fighting a fascist regime. The promise of the new management under Disney was realizing that the world of “Star Wars” is actually many worlds, each filled with a variety of creatures, creeds, cultures and more. Focusing on the same characters and stories led to excessive repetition and stagnation. “The Mandalorian” occasionally takes place in worlds that audiences have seen before and with familiar types that viewers know from other “Star Wars” material, but it’s not enmeshed in the main storyline of Jedi vs. Sith or Rebels vs. Empire, instead presenting recognizable elements from new angles.

This was evident in the first season and continues in Season Two as episodes blend isolated stories with a continuing serialized tale. Even though Favreau wrote every episode, the strength of the scripts changes between each one, with some feeling inconsequential and others creating scenarios that could easily sustain hours of programming. The season premiere, “The Marshal” (written and directed by Favreau), is the episode with the most ties to the main “Star Wars” tales. It’s set on Tatooine, Boba Fett is tangentially involved, and the Tusken Raiders are a major plot component. Though the fan service is guilty of being a little too winking (especially the final shot revealing that Boba Fett is still alive), it’s ultimately a springboard to an engaging hour. Timothy Olyphant channels his “Justified” character as the titular marshal, but that’s okay because it remains charming and delightful, especially in a world of sand dragons and unintelligible desert warriors. The trope of “civilized” people banding together with local “primitives” against a common threat is familiar Western territory that Favreau uses to deepen the Raiders and elevates them beyond the role of savage “sand people.”

The second episode, directed by Peyton Reed, finds Mando ferrying one of the last members of an alien race to propagate and save her species. The amoral badass revealing he cares and will do the right thing for a good cause is another familiar trope in samurai films, as well as anything dealing with honorable rogues. In “The Passenger,” The Child eats a lot of the eggs needed to continue this dying race. It raised some hackles but mostly played like a misfired joke. The oft reiterated crux of the plot that the eggs are the key to an entire species’ survival is juxtaposed with The Child scarfing them down like a rascal, leading to tonal dissonance.

Bryce Dallas Howard easily stands out as the best director of these four episodes with her work on “The Heiress.” It’s a mythology-heavy entry that delves into the Mandalorians’ history and the threat of the lingering Empire forces, ostensibly led by Moff Gideon (Giancarlo Esposito). Howard dodges the potential impediments to deliver thrilling entertainment that looks fantastic, has great pacing and features excellent performances from Pascal and Katee Sackhoff. The backstory never feels tacked on but instead woven into the episode’s progression naturally.

Unfortunately, the same cannot be said about the most recent episode, “The Siege.” Director Carl Weathers lacks the command of visual language needed for action-centric storytelling to establish geography of the setting and spatial relationships between characters, all of which is further handicapped by sloppy editing. It’s probably the episode with the most laughs this season, courtesy of The Child, but it required a strong understanding of capturing action on film that simply isn’t there.

Another benefit that “The Mandalorian” has over recent “Star Wars” movies is that it’s a television series. Each installment is shorter and able to switch up tones week-to-week without feeling as incongruous as it would in a film. This strength is slightly complicated because “The Mandalorian” seeks to balance episodic adventures with a larger serialized story. It’s another retro element that invokes shows like “The Fugitive,” “Battlestar Galactica” and others that slowly move the macro plot forward while resetting each week to focus on an adventure in a new location. That can be aggravating to some, but it hasn’t been too egregious thus far.

The first half of Season Two of “The Mandalorian” has a lot of great work from Favreau and his team, including some excellent acting, exciting action, impressive makeup and visual effects (especially the puppetry), and a compelling story. Hopefully the last four episodes will continue this streak and avoid the minor missteps found in the first four. It’s nice to be excited about “Star Wars” again and enjoy it without having to add a caveat, as “The Mandalorian” has wisely gone back to the beginning in order to forge a new future for the franchise.