Trending
You are at:Home»Entertainment»Movies»Movie Review: “Ammonite” 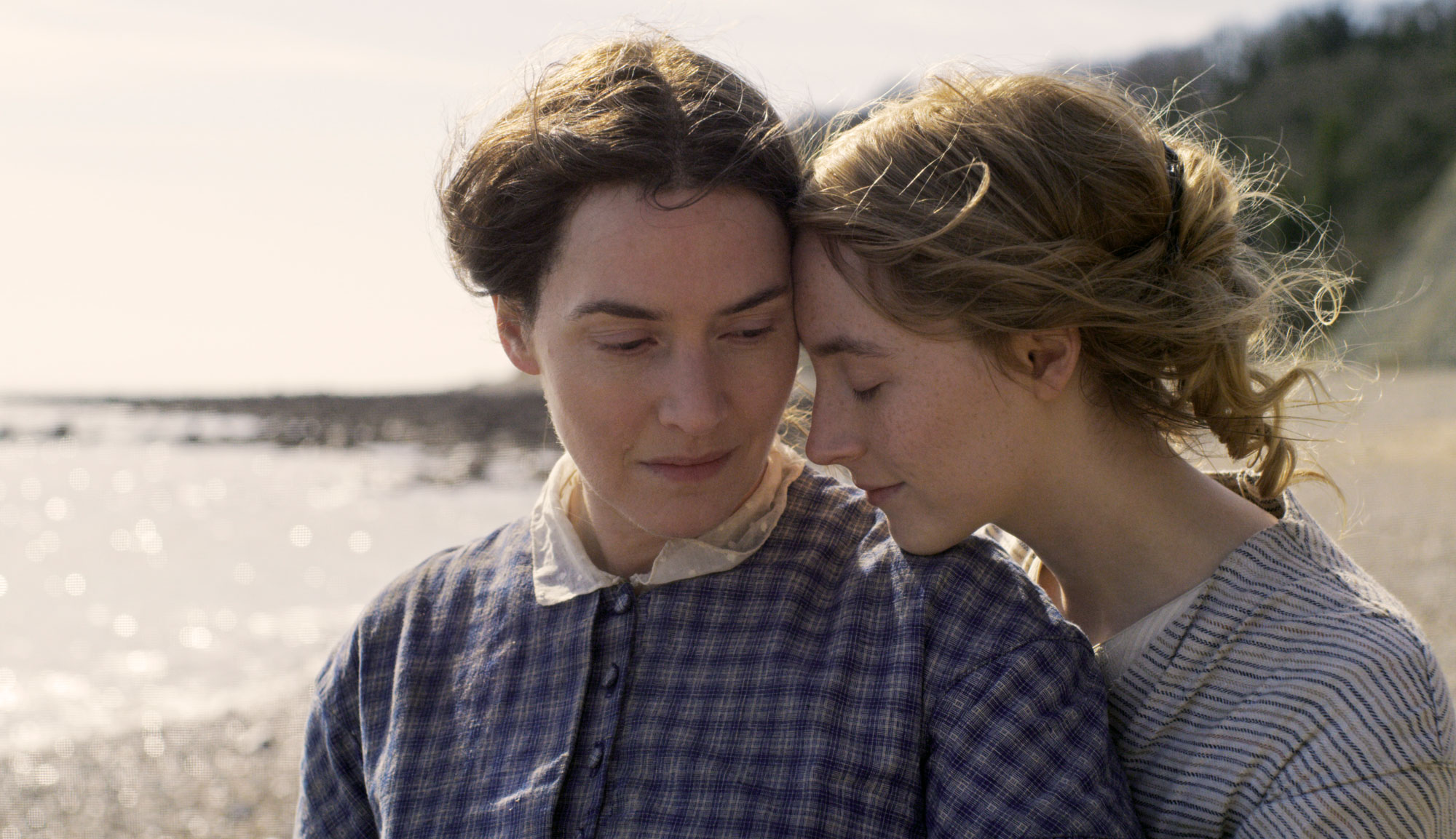 It’s easy to get caught up in the hype of a new movie featuring actors you love. For those who are keyed into the film industry enough to follow the lineups of major film festivals like Sundance, Cannes, Venice and Toronto, a brief summary and cast listing is about as much information as you have to go on. But sometimes, that’s all it takes to capture the imagination. Take for instance Francis Lee’s “Ammonite,” which saw its debut in Toronto earlier this fall. Its stars, Kate Winslet and Saoirse Ronan, are arguably two of the finest actresses of the last two generations and the sort of performers who demand attention when they pick a new project. A film starring Winslet and Ronan is usually enough in itself, but the description of “Ammonite” is equally interesting.

The film follows Mary Anning (Winslet), the real-life 19th-century British fossil collector. Her life is not exactly the most glamorous, spending her days examining rocks on the local shores and her nights taking care of her ailing mother (Gemma Jones). But she takes real pride in her work, so much so that when a young man (James McArdle) arrives looking for Mary to teach him her ways, she is immediately suspicious and dismissive. His wife, Charlotte (Ronan), shows little interest in the proceedings, but he decides to leave her in Mary’s care as she recuperates from an unspecified illness. Like her husband, Mary initially treats Charlotte as little more than a burden, but as she grows stronger, she manages to ingratiate herself to her hard-hearted caretaker. Mary remains guarded despite Charlotte’s youthful exuberance and disarming beauty, and their friendship begins to blossom into something more, even if their love must be illicit.

It’s clear that Lee is interested in the way Mary’s craft informs her interpersonal life. He spends quite a bit of time watching her comb through the rocky beaches, finding treasure hidden within the most mundane sorts of stones while brushing away millennia of debris and sediment with exacting skill. She approaches her relationships with a similar sense of caution and restraint, dismissing the uninspired clods who get in her way and buy the tchotchkes she sells out of her house to keep the money flowing. Some well-told backstory hints at her overabundant wariness and inability to open up to anyone, and Winslet is so, so good at barely concealing the neurotic mistrust lurking behind her eyes. And it’s Ronan’s undeniable charisma — the way she lights up a room even when pale and weakened — that can’t help but finally break down the wall Mary has put up to keep out everyone but her sickened mother.

Where Lee perhaps errs is in the amount of time he devotes to the slow build. Very little happens in the film’s first hour. That’s by design, as it’s meant to contrast with the sense of life and vigor that replaces it when Mary and Charlotte give into their desires, but it’s hard to deny that it’s rough going getting to that point. Its meandering, plotless first act mostly succeeds at sucking all the air out of the room, and by the time Ronan arrives to breathe it back in, one cannot blame a certain subset of the audience for having mentally checked out by that point.

It doesn’t help that certain aspects of “Ammonite” are so similar to Celine Sciamma’s transcendently beautiful “Portrait of a Lady on Fire,” whether it’s the distribution by Neon, the period-piece lesbian romance or the setting by the sea predicated on taking long walks across the beach. That film is undeniably one of the great pieces of cinema of the last decade or so, and “Ammonite” is nowhere near that quality. Lee’s film is defined by stillness and cold, with muted colors and wind-whipped landscapes. It’s a different sort of story, of course, but so much of it overlaps that it becomes exceedingly difficult to keep Sciamma’s film from encroaching while watching this one. It’s a fight it can’t help but lose, and its languid pacing just makes you wish you were watching what is essentially a better version of a similar story. This is not to say that “Ammonite” has no redeeming qualities because it picks up nicely once Mary and Charlotte finally kiss, but that’s not quite enough to remove the sense that it’s undeniably missing something in comparison.

“Ammonite,” then, is a bit of an enigma. Its first half is so agonizingly slow that it will almost certainly lose people along the way, as it nearly did me. But that lack of pace is arguably critical to the cathartic release when Mary and Charlotte give in to their passion after so long. The final act, which again seems to oddly echo “Portrait of a Lady on Fire” in its own way, is an incisive and achingly melancholy examination of Mary’s desires pitched against the repressive propriety of the 19th century. Indeed, it’s during this stretch of the film that Winslet and Ronan truly get to open up — Winslet guarded and defeatist in her lower-class world, and Ronan exuberantly open with her passions, moneyed and far more capable of using her stature to hide their affair. But it’s a case of too little, too late, as well as a case of extremely impressive casting overcoming some clear weaknesses and missteps. On paper, “Ammonite” seems like it should have been a slam dunk. It is certainly not, despite Winslet and Ronan’s best efforts. By the time the credits roll, most of the decisions Lee has made in the previous two hours fall into place, but the whole is very much less than the sum of its parts.