Trending
You are at:Home»Cars»Do Aston Martin Sales Increase With the Release of a New James Bond Movie? 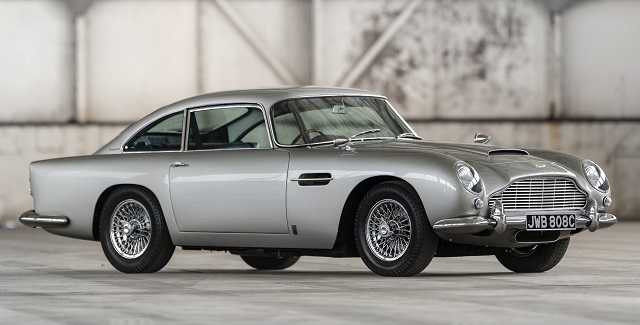 Whenever a brand new 007 movie is announced and it features Aston Martins, people start to buy stocks in the company. Why is that? It is because of the fact that car sales are expected to increase.

In 2019, we saw Aston Martin drastically affected by a huge 99.2 million pounds pre-tax loss during the first 9 months. This is because sales volumes did not hit the needed levels in both Europe and the UK. As a contrast, in 2018 during the same time frame, the luxury car manufacturer actually made a pre-tax profit of an impressive 23.9 million pounds.

Aston Martin is a huge part of the luxury car industry. There are even specialized extended warranty policies set up for it, like at gogetolive.com. However, it is definitely struggling right now. The new “No Time To Die” James Bond movie might help a lot in boosting sales. This is because of the fact that it features 4 Aston Martin models:

The main reason why Aston Martin is failing right now is that there are failing European and UK sales. Wholesale volumes were particularly low. They went down by 16% in the 3 months leading to September 2019. The very low demand for the Vantage entry-level sports car was also a big part of the losses the manufacturer showed.

The new James Bond movie was supposed to appear in April 2020, but the release date was delayed to November 2020. Even if this was the case, demand for Aston Martins did increase in the first half of 2020, mainly because the car dealerships are increasing more people to buy such vehicles, especially those that will be featured in the movie.

“No Time To Die” already featured the Aston Martin models in the trailers that were released until now. We can clearly see the DBS Superleggera being driven by the new James Bond, Lashana Lynch.

Keep in mind that Aston Martin is not the only vehicle that is expected to see some sales increases. The movie will also feature the brand new Land Rover Defender. This practically means that if there is one movie you want to see as a car enthusiast in 2020, it has to be “No Time To Die”.

Getting back to the main subject at hand, the short answer to the question is a positive one. Aston Martin sales always go up when a new James Bond movie appears. This is because of the fact that the most famous fictional spy character in history is closely associated with the luxury car manufacturer. However, we need to take into account the fact that we are living during a worldwide pandemic. There is no way to predict how the industry will evolve and how sales will be impacted. This is especially the case in the event that the economy is not going to recover from the effect of Covid-19.