Trending
You are at:Home»Entertainment»Movies»Movie Review: “Irresistible” 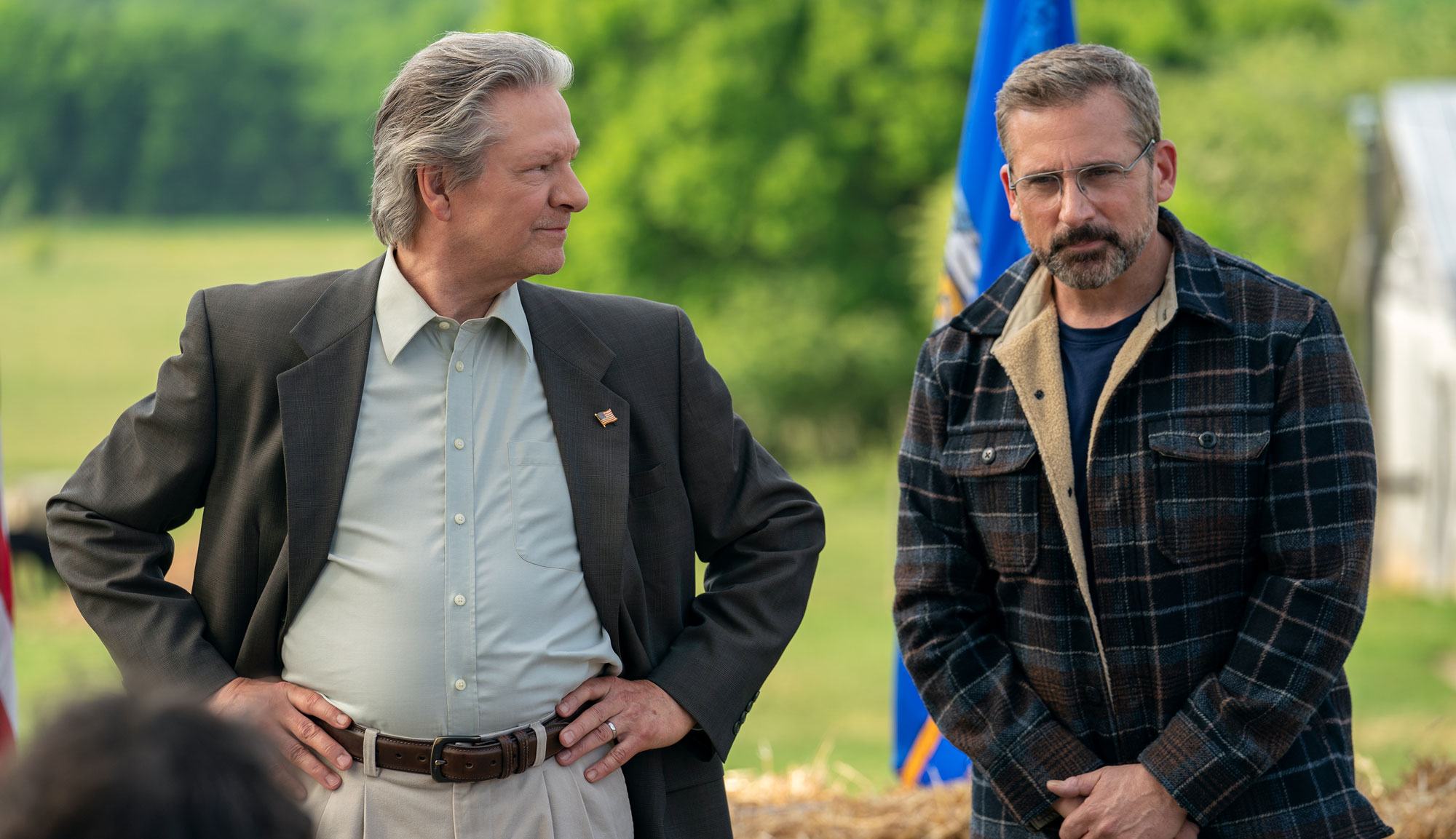 The ending of “Irresistible” is a cinematic chef’s kiss — a move that bears resemblance to a somewhat recent Martin Scorsese movie, of all things (a comparison that will surely thrill writer/director Jon Stewart). It’s the kind of thing that only a political junkie like Stewart would put in a story.

Unfortunately, getting there is a bit of a chore. The movie starts off strongly enough, but the middle part drags, seemingly forgetting that it’s a comedy. If “Irresistible” were as funny as it is clever, it would be an instant classic.

Democratic campaign strategist Gary Zimmer (Steve Carell) sees a viral clip of Deerlaken, Wisconsin farmer Jack Hastings (Chris Cooper) standing up to elected officials in a town hall meeting who were attempting to shoehorn a voter ID law into the books, and Gary sees the potential to turn a deep-red seat blue. Gary flies out to meet Jack and suggests that he run for Mayor of Deerlaken. Jack is reluctant at first but ultimately decides to give it a shot, despite a lack of salesmanship. Once Gary has backed the dark horse candidate, Republican strategist Faith Brewster (Rose Byrne) starts pouring money into the incumbent. Gary anticipated this, and it enables him to do some big-time fundraising. Faith will not go down without a fight, though. May the battle for the most incendiary attack ad begin.

Those attack ads are gold, but ultimately, they underscore the fact that the events surrounding those ads are rather uneventful. As the plot unfolds in the second act, it’s just not terribly interesting, despite being crucial to setting up the ending. The fundraising, the creation of PACs to obscure the source of the attack ads, placing the volunteers in the front of the headquarters for optics while hiding hardcore analysts in the back room — it’s all part of the process and vital to the story. There’s a genius to it once the movie reaches its conclusion, but a shot of adrenaline (i.e. more funny) would have worked wonders here.

Carell’s Gary is, to be honest, a bit of a prick. He clearly thinks he’s one of the good guys yet is not above playing dirty and is unaware of the condescending tone he uses with Jack and his daughter Diana (Mackenzie Davis), though Diana has lots of fun pointing it out. Byrne, meanwhile, is straight fire as the ruthless Faith (her name is irony perfected). She is awful in the best possible way. Cooper is clearly having fun here — his speech announcing his candidacy is gloriously flat — but the most interesting aspect of the casting is the number of people who took parts with five lines or fewer just to get in the movie. Natasha Lyonne, Debra Messing and Topher Grace are on screen for a total of maybe two minutes combined, but they’re in the movie, and that is clearly all that mattered to them. It’s as if Jon Stewart is the new Robert Altman, without all the improv.

On the surface, “Irresistible” may look like satire, but Stewart is not messing around here. He’s making fun of the political machine, sure, but he’s also holding a giant magnifying glass to it at the same time. It’s a lot like any episode he hosted on “The Daily Show,” where he introduces a topic, cracks a series of jokes about the topic (though in this case, not enough of them) and then wraps things up with a sober analysis of how to make things better. It’s one thing to do that for seven minutes, and another to do it for 101 minutes. Think of this as one of his early episodes as host. The more comfortable he gets in the chair, the better he will get at this.