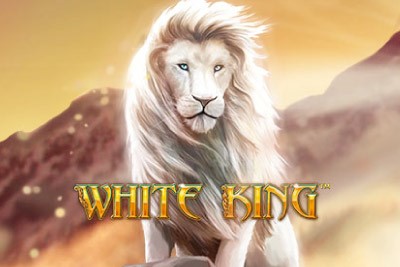 Here’s a question which non-casino players might not know the answer: Short of visiting an online casino or casino resort, how do you find out what are the hottest trends in that industry? One solution is to have a look on Twitch or YouTube, where you will find many streamers playing games in front of their fans. Some might find that a strange concept, but casino games, especially slots, have come a long way in recent years, and the gameplay is now more similar to video games. And, we know that viewers can’t get enough of video games on Twitch and YouTube.

So, which games are streamers showing on their videos and which are casino players returning to again and again? The trends seem to be across a range of slot games, coming from different providers. However, some traits characterise gaming choices, such as the big-win potential you will find with game king slots online. That’s certainly natural for streamers as they want to show their viewers ‘exciting’ action. And, you can undoubtedly see the attraction for casino players.

But it’s important to understand that modern casino games aren’t popular simply because they offer the players the chance to win cash. They require entertainment value, and that usually comes in the form of bonus games and other special features.

If we take an example of a popular casino slot, King Kong Cash, we can perhaps explain this better. Launched by Blueprint Gaming, King Kong Cash is loosely based on Nintendo’s Donkey Kong games. A 3D action game, it features 11 different bonus games and features, including the Banana Cannon Bonus, King Kong Trail and Big Money Bonus. A game like this is so far removed from classic slot machines, it feels like a completely different genre of game.

Another example is the raft of tv game show slots that have become popular recently. These include Who Wants to Be a Millionaire and Deal or No Deal slot, both of which are available in several different versions. As you might expect, these games take elements out of the television shows. So, for example, Who Wants to Be a Millionaire features games based on the money ladder, with options like 50:50, Phone a Friend, and so on.

Tapping into pop culture is not reserved for game shows alone; a lot of games are based on popular movies and television series. The Goonies, Game of Thrones, Ted, Justice League, Top Gun, Robocop, Spinal Tap and Narcos are among the examples of popular games in this genre. All of them will use officially-licenced material, with lucrative branding deals struck with production companies.

Jackpot games, of course, never go out of fashion. The online casino landscape is still dominated by several stalwart titles, including Mega Moolah, Gladiator, Mega Fortune and Hall of Gods. These games can have top prizes of millions of dollars. Many players choose to play them because the jackpots are awarded randomly, although the nature of progressive jackpots means that high stakes players are more likely to win.

If you are checking out slots for the first time we would recommend the following games from different developers: Dead or Alive 2 (NetEnt), White King (Playtech), Lara Croft: Temples and Tombs (Microgaming), Return of Kong Megaways (Blueprint Gaming) and Bonanza (Blueprint Gaming). Please remember, however, that slots are among the most volatile casino games, so set yourself some limits before you play and only spend what you can afford to lose.