Trending
You are at:Home»Vices»Who is likely to make the Super Bowl this year? 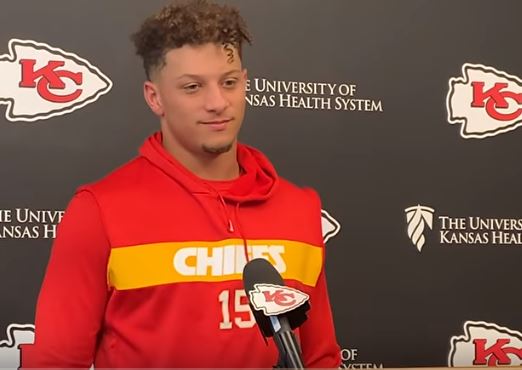 One of the great things about the NFL is that every year so many teams have a real chance to win. The draft system and free agency make it interesting every single year, which is so much better than other sports around the world – looking at you, Premier League! That is why Foxbet sports betting very rarely has the same favorites two years in a row. You can find new teams challenging at the top every single season. The Super Bowl is just around the corner now, and we have taken a look at the four final teams who can make it there and what their chances are.

The Chiefs are without a doubt the favorites for the AFC final game. It has been reported everywhere just how strong they are when coming from behind and nothing displayed this more strongly than their display against the Houston Texans. Here, they came back from 24 points down to rescue victory, managing to score 41 points without answer on the way to victory. Patrick Mahomes has been instrumental in the Chiefs’ marauding campaign to the AFC finals, and it looks as though he will be a key player if they are to grab the expected victory against the Tennessee Titans.

The Chiefs are expected to grab the win in their next game, and could potentially do it without going behind this time. The main appeal of Mahomes is that he can play a pass to any of the receivers on the Chiefs’ roster. He does not have a particular favorite – he just throws to whoever is open. This means that the Chiefs are dangerous for as long as they can protect Mahomes, giving them a good chance of pushing through to the Super Bowl.

Standing in the way of the Chiefs making it to the Super Bowl are the Titans. Undoubted underdogs in this game, they are actually the lowest-seeded side who made it through the playoffs on the AFC side. This meant nothing to the Titans, who swept through a number of favorites on their way to the AFC final. While very few people will be expecting them to win this game, their defense have already shown that they can handle top-level talent. It is expected that the game against the Chiefs will be no different.

The San Francisco 49ers have already shown that they can dominate the Green Bay Packers this season. With an early-season humbling to put the Packers down 37-8, the 49ers showed the world that they can be a potential Super Bowl winner at this point. Since then, the 49ers have continued to look like potential champions every step of the way. This is the first time in six years that the 49ers have made the playoffs, and it is the first experience of this high-pressure situation for many of their players. It has not affected them in a negative way though. In fact, it looks as though they are relishing the pressure. The 49ers go into this game as the strong favorites, but they will have to guard against complacency to ensure that they do not throw away this opportunity.

The Packers looked like sure-fire playoff contenders until they were dominated by the 49ers earlier in the season. While they have managed to regroup and push through to the NFC playoffs, there are still doubts as to whether they have psychologically got past that crushing defeat. The defensive nature of their game has undoubtedly improved and so has the offensive approach, but it is no guarantee that it will be enough to push past a 49ers side who look very strong. Will the Packers manage to throw off their baggage and come through with a win in the next game? It will be a tough call, but they have more of a chance than they did in the encounter earlier in the season.

Who will make it?

It is impossible to call for definite who will make it through to the Super Bowl this year, but we do not think that there will be any upsets this time out. The favorites for both games should manage to make their way to the biggest game of the year. This means that the expected game for the Super Bowl this year will be the Chiefs against the 49ers. While an upset is always possible, it just looks too unlikely from the two conferences this time around.