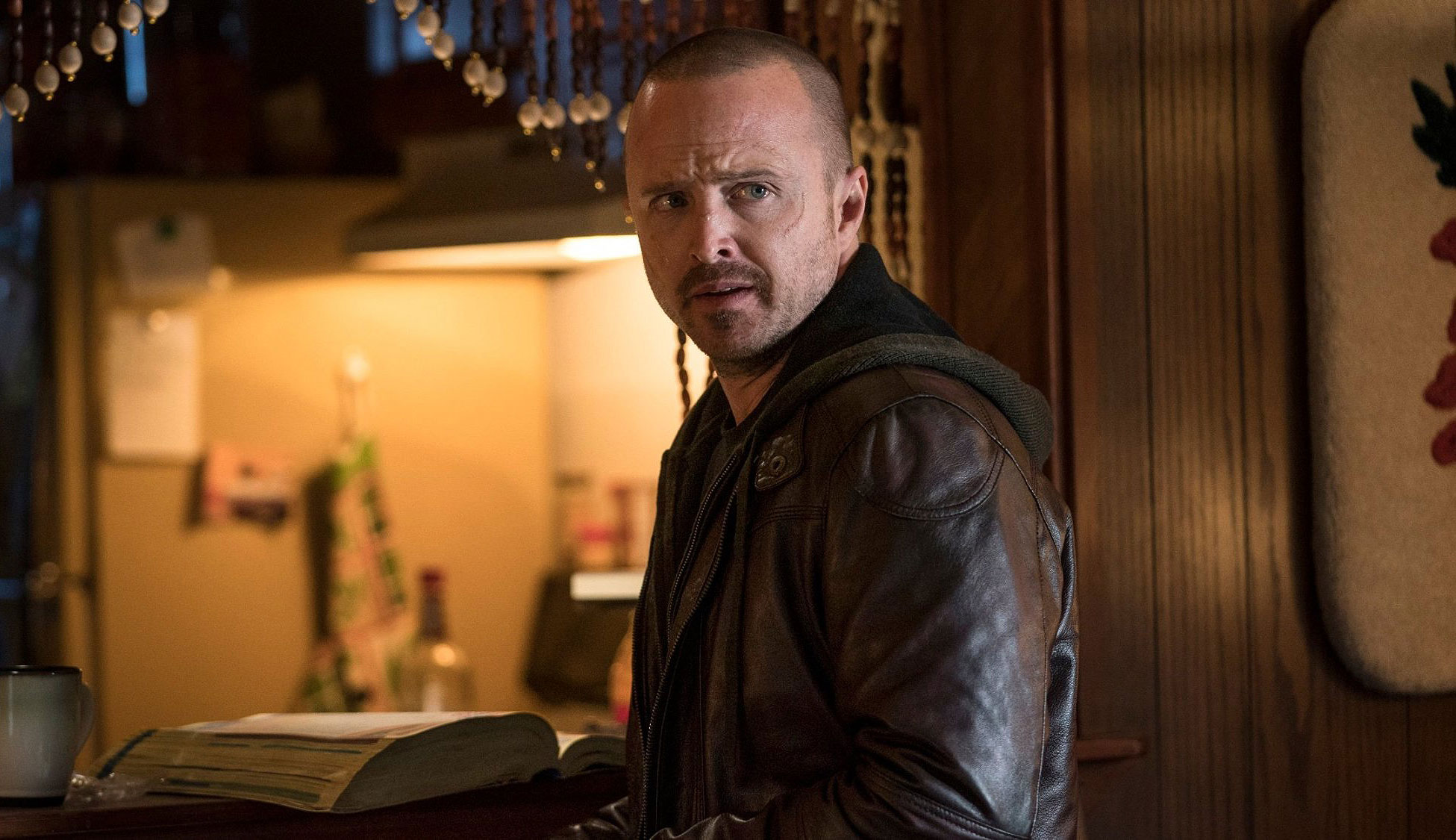 Ever since televisions have become a staple in most households, there has been an odd and at times adversarial relationship between TV and film. As more people stayed home to watch shows on their TV sets in the late ’60s and early ’70s, Hollywood opened up the floodgates of artistic freedom to try something, anything to lure people to theaters. But there’s also been a weird back and forth between the two mediums as well, including TV shows based on movies, movies based on TV shows and even the occasional extension of a series into a film sequel, with shows like “Star Trek,” “Firefly,” “Sex and the City,” “The X-Files” and “Veronica Mars” all spawning cinematic offshoots after their finales. Similarly, “El Camino” rises from the ashes of “Breaking Bad” to chronicle the immediate aftermath of that series finale with two hours of tension, hilarity, badassery, humanity and deft artistry. In other words, it’s two hours of Vince Gilligan doing “Breaking Bad” again, which is awesome.

After criminal wunderkind Walter White (Bryan Cranston) dies while mowing down a band of neo-Nazis for their part in killing his brother-in-law, stealing his money and enslaving former associate turned enemy Jesse Pinkman (Aaron Paul), Jesse flees the scene in his captor’s El Camino. Now the number one person of interest in New Mexico, Jesse has gone from caged animal to running for his life from law enforcement and anyone else looking for him. He has no money and no plan – he just wants to be free. Turning to old friends and creating new enemies along the way, Jesse cobbles together an idea of how he can vanish for good.

What’s most impressive about “El Camino” is that it feels exactly like “Breaking Bad,” which merely points out how incredibly cinematic that show was. Writer/director Vince Gilligan delivers a taut thriller with multiple emotional facets and riveting sequences, all while using brilliant cinematography, powerful editing, top-notch performances and recurring visual motifs. For instance, Jesse is constantly shot against a backdrop of venetian blinds, bars of a gate or other obstacles that reinforce how he’s still a prisoner in a cage. Even when he has traumatic flashbacks and is clearly unstable rejoining the world, it’s the visual language that best expresses his mental state of never being free of what those monsters did to him. Aaron Paul always excelled as Jesse in the five seasons of the show – a touching evolution of a lost soul trying to navigate a morally vague labyrinth – and he’s exceptional once again.

With “El Camino,” he’s able to fuse the flippant and slightly dumb punk that audiences first met with the defiant man in the later seasons as well as this new broken and battered creature that is haunted by his imprisonment and torture. Paul is in almost every scene, and to move from a co-lead in the series to shouldering all of that weight, and to do so while not just falling into the same mannerisms of the character but expanding Jesse’s psyche and behavior, is an incredible feat. To see an actor figure out how to incorporate everything that has happened to their character over six years into one identity without collapsing or feeling forced is deserving of accolades.

“El Camino” isn’t a redefining piece of cinema (and there are those who wouldn’t even consider it a film because it’s a sequel to a show and is on Netflix), but Gilligan delivers an excellent crime story filled with tense plotting, complex emotions, exciting developments and the dark humor that comes from juxtaposing idiots and banal dialogue with the high-stakes world of crime. That ability to pivot between heartbreak and hilarity, from introspective to explosive, without ever seeming incongruous but instead part of the same cloth has been Gilligan’s strength throughout his work. With Paul and the other actors (especially Jesse Plemons) providing resonant, lived-in performances, it hammers home the idea that even though the story is heightened and events seem unreal, it all rings emotionally true.

I’ve never seen “Better Call Saul,” mostly because I wanted “Breaking Bad” to be its own thing, but after watching “El Camino,” I’m going to check it out. I realize now, better than before, that Gilligan crafted a true fictional world with these stray pockets of intrigue and deeply fleshed out characters. It’s been said that in “Star Wars: A New Hope,” it felt like the camera could have wandered down any alley in Mos Eisley and found a fascinating story to take over the plot. Gilligan and company have accomplished that with “Breaking Bad” and “El Camino.” The title refers to the getaway car that Jesse makes his escape in – an ugly hybrid of sedan and truck that is barely ergonomic but mostly aesthetically awful. However, it’s also Spanish for “the way,” as in the path forward or a code of conduct one adopts. Watching Jesse drive away from the compound, unsure of where to go next or who he is as a person, is a welcome return to the brilliant, exciting and all too human world that Gilligan created years ago.