Trending
You are at:Home»Lifestyle»Green Tea for Weight Loss – Does It Really Work? 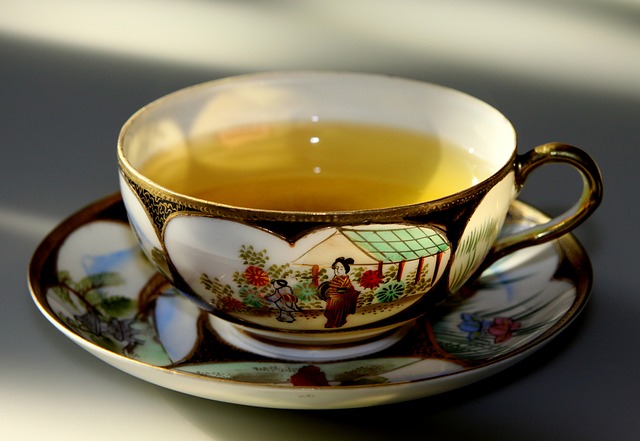 In the weight loss industry, the multiple health benefits of green tea have been hyped up to such an extent, you could be forgiven for thinking it’s the miracle cure for excess fat.

But how much of it is true and how much is just hype?

With green tea drinks, fat burners and even extracts to explore, it seems like a lot of money has been invested into this as a weight loss solution.

We delve into the latest research to find out whether green tea really is effective for fat burning, and whether you should trust the hype.

Where do the weight loss claims come from?

Green tea has long been one of the most widely consumed teas in the world, yet it originally hails from China, where it was, and still is, taken as a ceremonial drink.

Even before research into the properties of the tea began, many drinkers claimed it had health benefits.

Now, we know that green tea contains two elements that could lend themselves to weight loss.

The first of these two things is caffeine.

Studies show caffeine possesses thermogenic properties [1], meaning it can raise your body temperature a little. To create this additional heat, you need to draw on energy, which is where you start to burn through additional calories.

This process is responsible for slightly raising your metabolism. One study found that, when supplementing with caffeine anhydrous, subjects experienced a metabolism boost of up to 11% [2].

What’s more, it appears to help your body zone in on fat loss too. Another study found that caffeine intake led to a 13% increase in focussed fat burning [3].

While these studies are reassuring, the amount of caffeine in green tea is quite small, especially in comparison to the amounts used in these trials.

The second element is catechins.

These are active ingredients found within green tea. In particular, EGCG’s seem to offer the most health benefits, and are also responsible for more weight loss properties in the drink.

Combined with the small amount of caffeine within green tea, it’s these two elements that make the drink so attractive to those looking to lose weight, or those looking to sell fat loss aids.

But does this lead to weight loss?

There are several studies supporting the fact that green tea can help to boost your ability to burn fat.
In a 12-week double-blind trial of green tea extract, women who supplemented with it lost significantly more weight than those who took the placebo [5].

While all of this looks positive for green tea, the most important thing is to remain realistic about its ability to help you lose weight.

First and foremost, the amount of green tea extract or caffeine taken to induce these types of thermogenic reactions are often far more than you’ll realistically get in a fat burning supplement or a cup of tea.
If you do decide to take green tea for this purpose, always try to ensure caffeine levels are below the safe daily limit of 400mg to avoid side effects [7].

But most importantly, green tea only makes small differences to your metabolism and overall fat burn. The thing that’s really going to make you lose weight will always be a healthy, calorie-restricted diet and plenty of activity to ensure a calorie deficit [8].

Without this, the effects of green tea on your ability to lose weight will be negligible.

Green tea comes with a huge amount of health benefits.

It’s high in antioxidants and has been linked to improving heart health, cognitive function and so much more – on top of its potential fat burning benefits.

A cup or two of green tea a day is certainly worth your time.

The trick with it, as we mentioned above, is to be realistic about what green tea can achieve for you.

The most it can do is give your weight loss efforts a hand, but if you rely on it completely, you’re very likely to be disappointed with the results.

If you’re dead set on finding a green tea based weight loss solution and are considering looking for a best fat burner for women or men, we recommend you follow these tips:

• Look for a generous portion of green tea
• Avoid high caffeine options – anything above 300mg spread throughout the day could be dangerous
• Avoid proprietary blends at all costs. Eg. Anything that’s called ‘secret fat burner blend’ or something similar could contain synthetic ingredients
• Use natural formulas only
If you find something that ticks these boxes, and markets themselves as a support rather than a miracle cure, that’s likely to be a higher quality option.

Overall, green tea can provide you with a range of health benefits, and science shows it can have an influence over your metabolism and therefore your ability to lose weight.

However, it isn’t the solution if you want to drop a few pounds. Exercise and a calorie-restricted diet are, and always will be, the most effective way to lose weight. By all means, include green tea in your diet, but just be realistic about how good it is for weight management.