Trending
You are at:Home»Lifestyle»Why More Men Should Consider Becoming Nurses 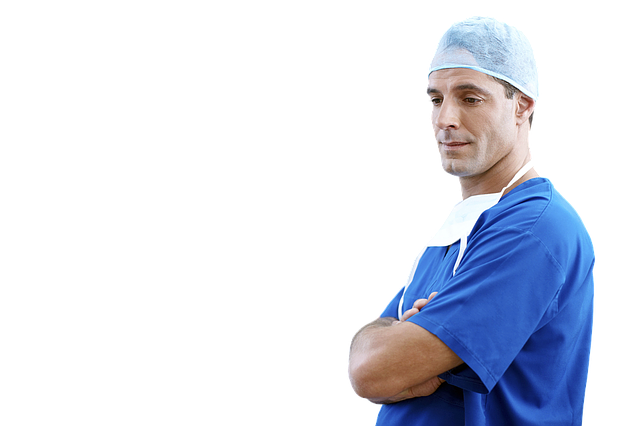 Even to this day, nursing remains a position that is often associated with women. While women still outnumber men in nursing schools and healthcare facilities all around the country, there is now an increasing number of men who are considering the profession. And it’s not difficult to understand why when we start looking at the salaries being offered, the increasing demand for nurses across the board, and the wide variety of positions available in the field. In this article, we’re going to touch on why more men should consider entering the nursing field. We’ll also talk about the steps you’ll have to take in order to enter the profession.

Most of the Stigma is Gone

While everything still isn’t perfect, we’re moving towards more of a gender equal world, and many male nurses have paved the way and erased most of the stigma of nursing as a women’s profession. As a matter of fact, men now make over 13% of the total nurse workforce as of 2018. The number was only 2% in 1960, and the trend is showing no signs of slowing down.

Another factor that may affect this trend is the changing realities of the current job market. Many male nurses are coming from other trades and appreciate the fact that they can get a formation pretty quickly and get back on their feet, knowing that they’re almost guaranteed a position upon graduation.
Also know that the disparity between men and women is not the same across the country, and in some places, the gap is closing much faster than in others. Take California for instance; for every five female nurses, there is one male, and the numbers keep on growing. States like Nebraska even have more men nurses than female ones, with a ratio of 3 to 1. While parity is probably not going to come about anytime soon, it definitely will become even more common for men to be nurses in the future.

The Field is Incredibly Diverse

One of the best things about the field of nursing is how vast it is. For example, you want to work in the maternity ward and bring life into this world, or maybe you want to provide special care to newborn children? Why not find an online neonatal nurse practitioner school and get a DNP? Not only will you be able to attend school while maintaining your job, but you’ll enter into one of the most highly sought and high paying specializations in the business.

Want to travel the world and wake up in a different country every day? Why not work as a nurse on a cruise ship? Or maybe you’re an adrenaline junkie? Well, in this case, working as a flight nurse would be the perfect job for you. No matter what your strengths and interests are, you’ll find a position that matches it in nursing.

We’ve just talked about how lucrative some of the positions in nursing can be, so let’s look at some numbers. Know that right off the bat, registered nurses make on average over $70,000 per year, so that’s already great right there. But did you know that there are nursing positions that are paid in six figure numbers?

For instance, certified nurse anesthetists make over $130,000 per year on average, which is pretty much on par with many physicians. Other nursing positions where nurses can make in the six figures include general nurse practitioner, gerontological care, and psychiatric nursing. Men are specifically needed in the field of psychiatric care as they are often required to help contain violent patients.

The Growing Demand for Nurses in General

If you didn’t know yet, the US is suffering from a major shortage of nurses across the board, and certain sectors are seeing worst shortages than others. According to recent data from the Bureau of Labor Statistics, job openings for registered nurses are set to increase by 15% from 2016 to 2026, which is way higher than the national average. As a matter of fact, the average growth rate for all occupations in the country was around the 7% mark.

That growth in demand is even higher when you look at highly specialized positions like nurse anesthetists, for instance. As a matter of fact, it is estimated that the demand for nurse anesthetists is expected to grow by a whopping 31% from 2016 to 2026, which makes it one of the professions with the highest job growth in the entire nation.

The Demand for Male Care

There’s also the fact that some patients might prefer having a male nurse perform certain procedures on them, such as serving a bedpan, inserting catheters, or administering EKG. Others just may not want to look vulnerable in front of a female nurse and get embarrassed, so they will enjoy the male representation. Just know, however, that you won’t have a choice on who you’ll treat and will have to be ready to provide the same care to every patient, no matter the age, race or gender.

You Won’t Always Have to Work Directly with Patients

Whether you want to change positions later on, or don’t want to ever have to deal with direct patient care and everything that comes with it, note that you don’t necessarily have to act in a clinical role. There are tons of off-floor and non-clinical positions available, and they’re every bit as important as any other positions in the field.

Qualities Needed to be a Good Male Nurse

Before you enter the field in search of a paycheck, you first have to make sure that you’re actually cut out for the job. Nursing is a very demanding position, and it takes a special type of individual to not only survive, but thrive in it.

You also need to make sure that you’re an emotionally stable person before you consider the position. One of the many issues that nurses have to deal with when they first get started is grief and loss. Some people just don’t imagine how much seeing people die who they had a semi personal relationship with on a regular basis can affect them. So, if you think this might be an issue for you, you could consider positions where you won’t have such direct contact with patients, or work in an administrative role.

However, you still have to be able to show empathy towards your patients and not put a wall between them and yourself. In some cases, you as a caregiver will be the only person they can talk to and confide in. So, you’ll have to learn how to truly care for them without carrying too much of their baggage with you. This is a very delicate line to walk, and not one that everyone can handle.

Nursing is also a very physically demanding job, so you need to be ready to have to carry the load when you’re on the floor. You’ll often be required to lift heavy objects and people all the time. You’ll also have to be ready to have the endurance needed to walk miles and miles in distance every day.
In addition to that, you have to make sure that you cultivate your interpersonal skills, problem solving, and attention to detail. One error could be disastrous to a patient, and you simply can’t afford to cut corners. You’ll also have to be a relay between patients, doctors, other members of staff, and other nurses on the team as well. You’ll have to understand and respect the hierarchy while being able to balance the needs of both doctors and patients.

What is the Career Path to Becoming a Male Nurse?

Most people who enter the field first decide to work as registered nurses and enter the workforce, pursue their education and go for a specialization, or work for a few years before returning to school later on.

As a registered nurse, you will be required to work in tandem with other nurses, upper medical staff, administrators, and physicians to offer proper care at the ground level to patients. You will often be required to monitor health conditions, administer medicine, perform minor medical procedures, and provide assistance to patients and family members on various procedures and treatments among other things.

If you want to work as a registered nurse, you will need at least a nursing associates degree or a bachelor’s degree. Or, you could get in after completing a certified nursing program. You’ll also have to be licensed in order to work lawfully, which will demand that you pass another examination upon graduation.

If you want to get an associate’s degree, expect most programs to take about two years to complete, though there are some accelerated programs out there. You could also get one online and follow one of the many transitional programs that allow you to get higher certification or specialization even faster. Online programs also have the benefit of allowing you to further your education as you start working as a registered nurse. And you’ll be able to do it at your own pace too if you want to alleviate the workload.

Getting your bachelors will usually take you about four years in total. If you decide to go that route, know that you’ll have to get attend general education classes in order to complete it. You can expect to learn everything you would learn in an associate’s program, though it will be more in-depth. In addition, since the field is becoming increasingly competitive, more employers are only considering nurses who at least hold a bachelor’s degree. Not only that, but getting a bachelor’s degree will also allow you to work in a variety of non-clinical and administrative roles such as consulting, research, advanced nursing, administration, or research.

As far as getting employment upon graduation and certification, you shouldn’t be too worried. Demand is sky high pretty much everywhere in the country, and you should have tons of opportunities as soon you get your certification. Know that most of the experience that you’ll get will come from actual work and that you’ll have a leg up on the competition if you decide to seek management or executive positions later on.

If you decide to further your education and become an advanced practice nurse, then you will have to start looking at a masters or a PHD. After you’ve completed your education, you could then move on to work in specialized fields like neonatal care, nurse practitioner, or nurse anesthetist. Those with a doctorate can even start working as scientific researchers or teachers at the university level. RNs also have the choice to go for further certifications in specializations such as nursing management, critical care, and acute care.

More men are needed in the nursing profession, and more are now answering the call. Demographic shifts and the changing nature of the current workforce will probably continue pushing this trend upwards over the next coming years. It would be a great time to explore your options and see which field of nursing could fit your personality, skills, and interests the most.